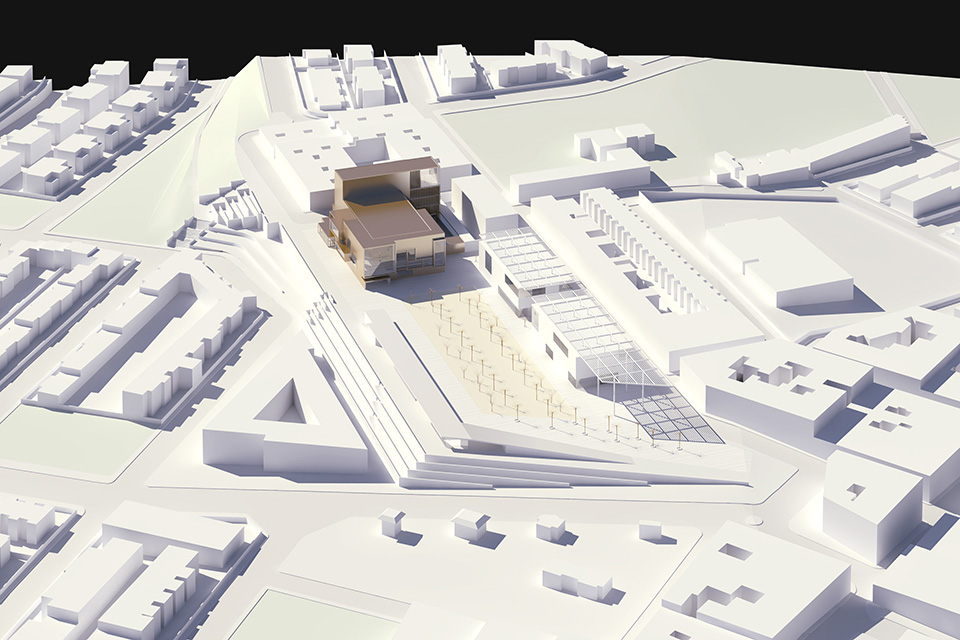 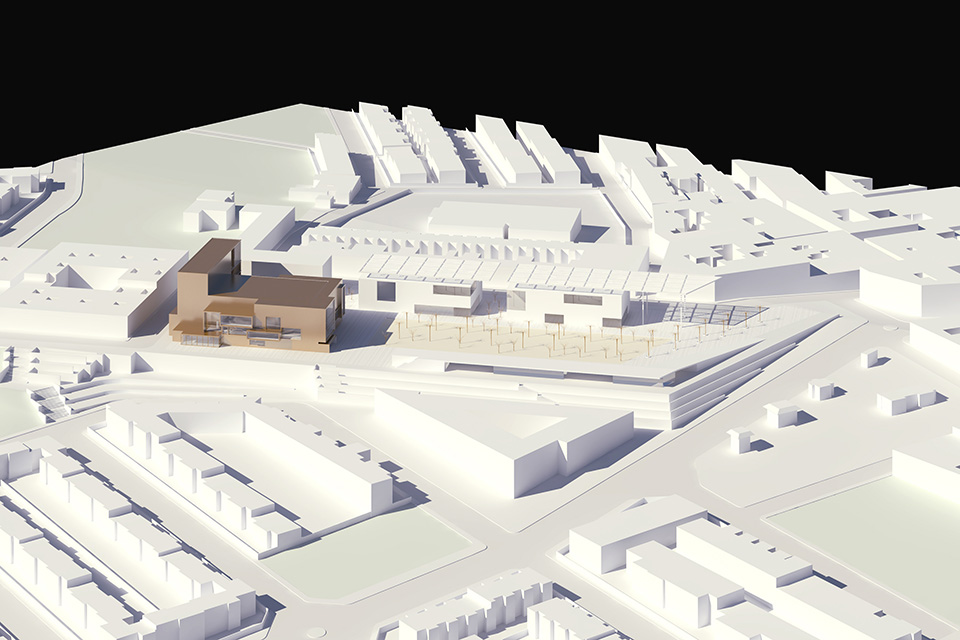 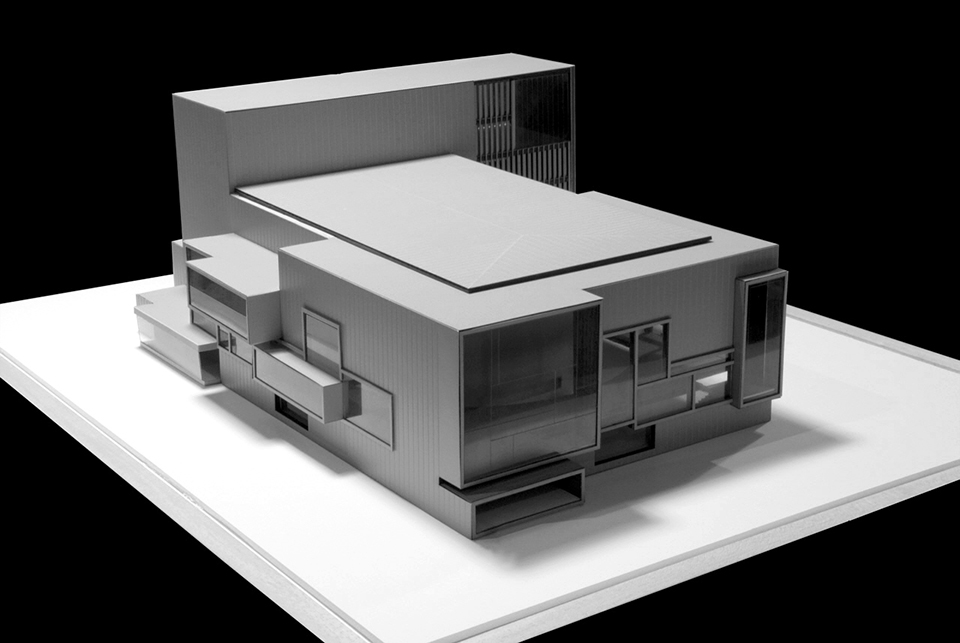 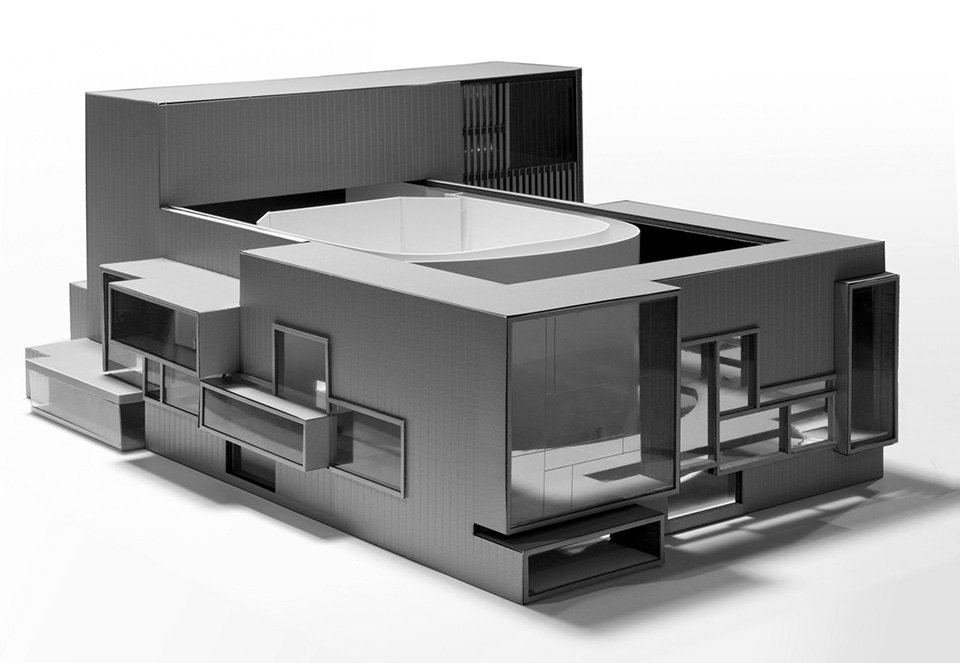 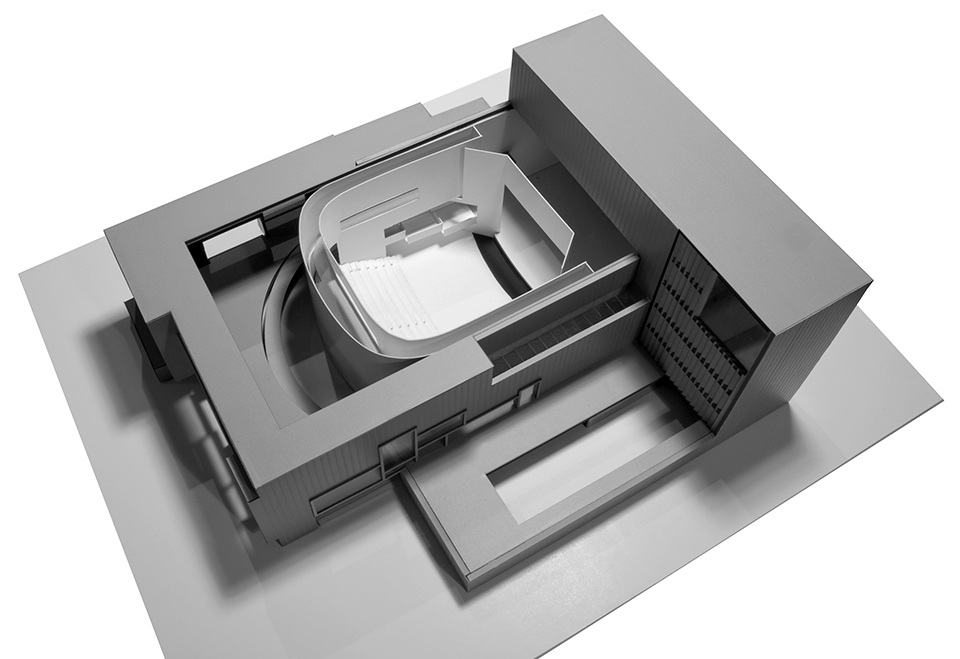 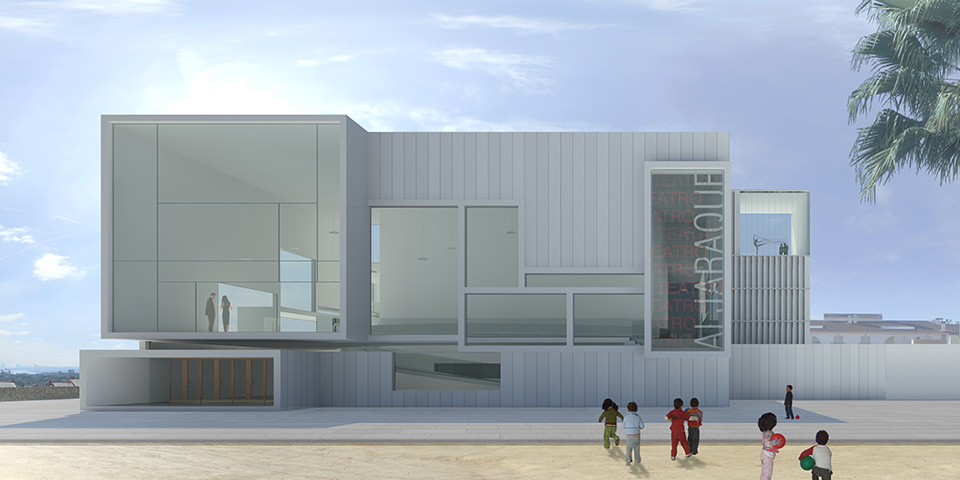 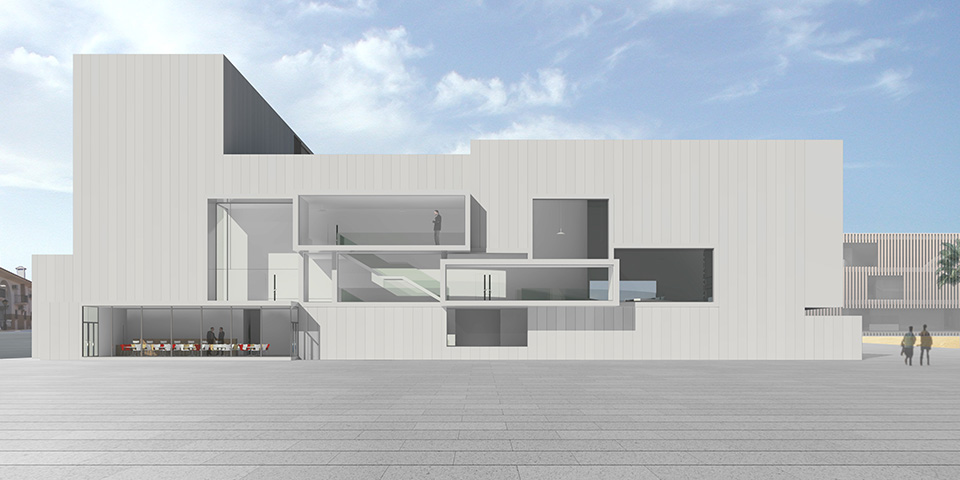 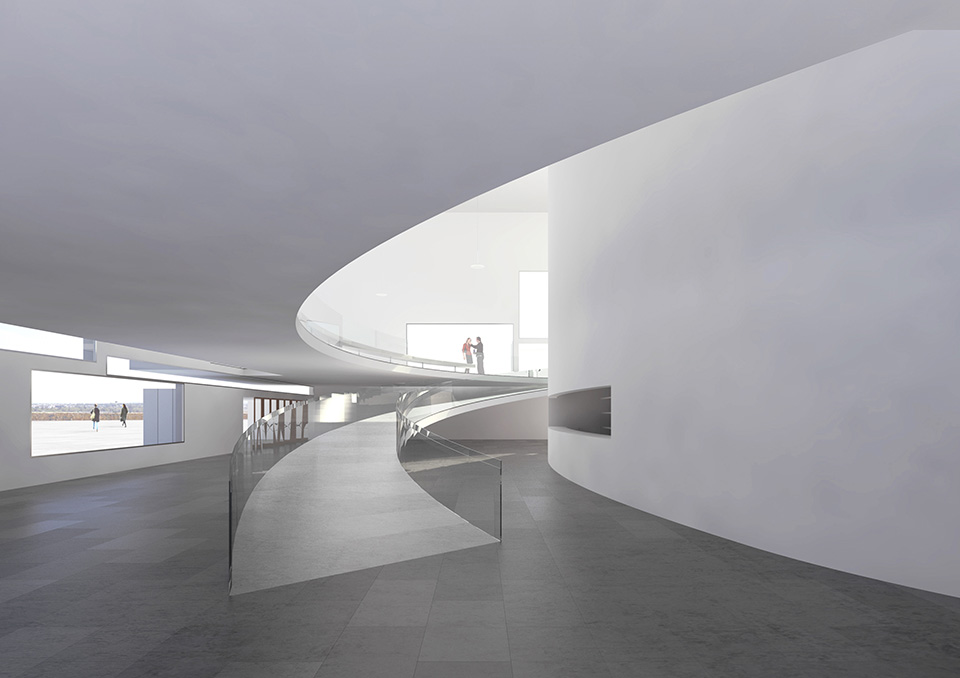 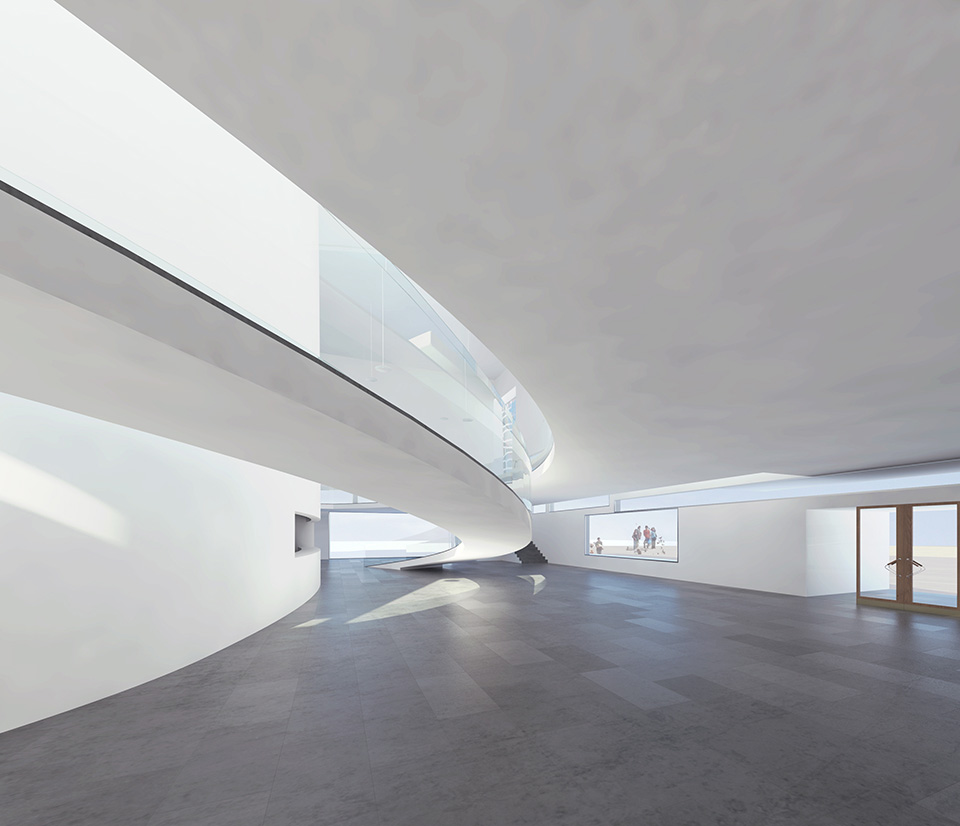 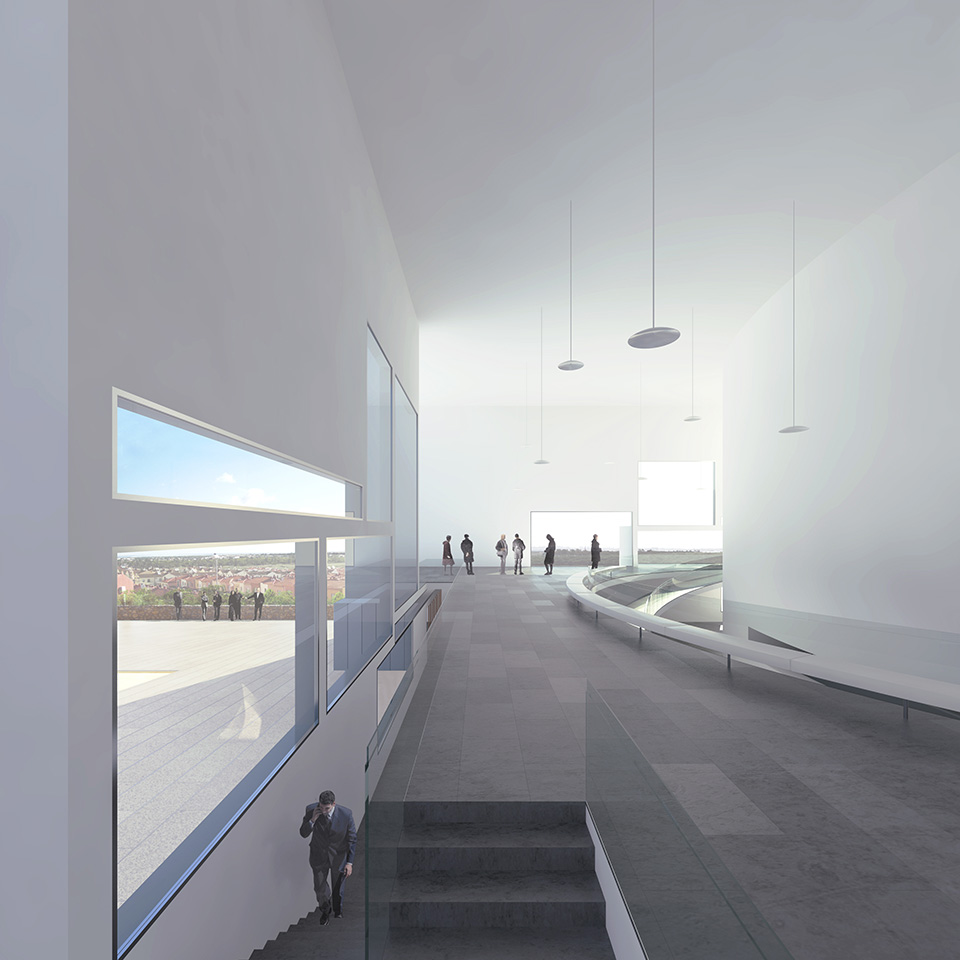 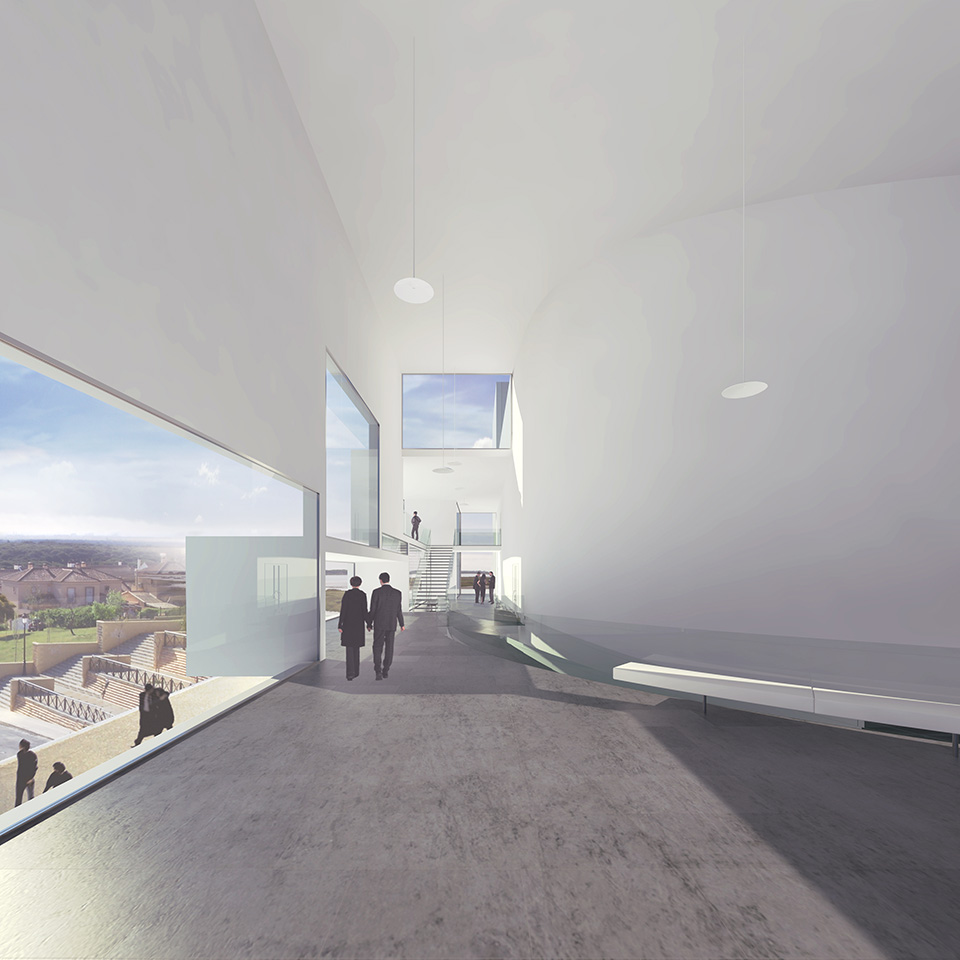 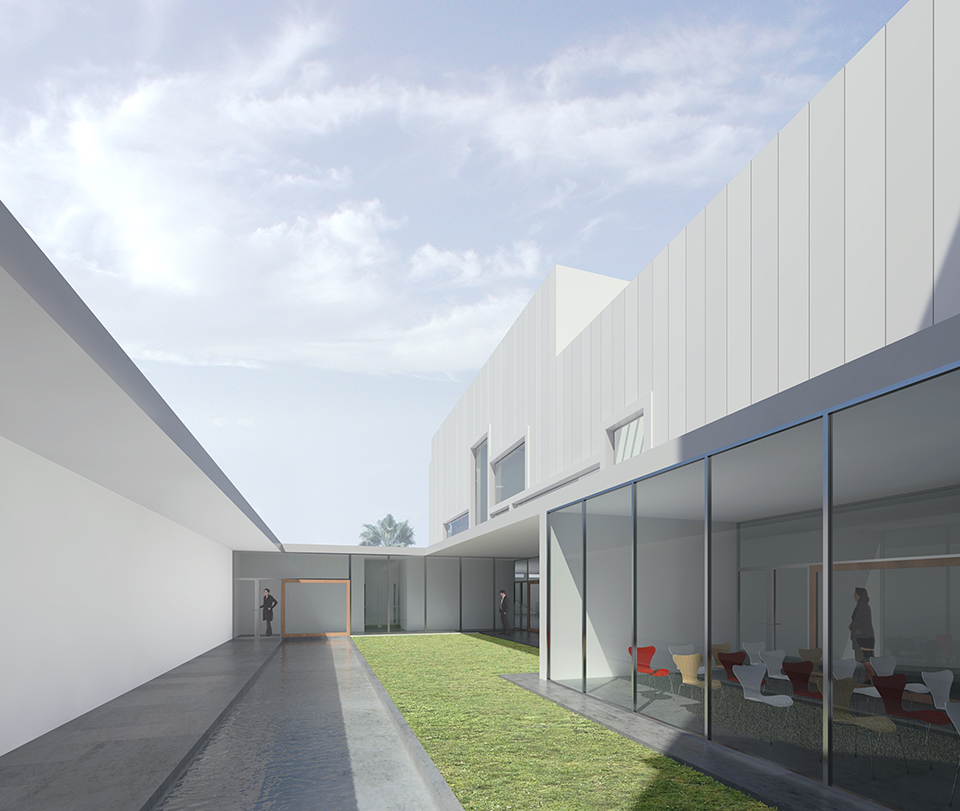 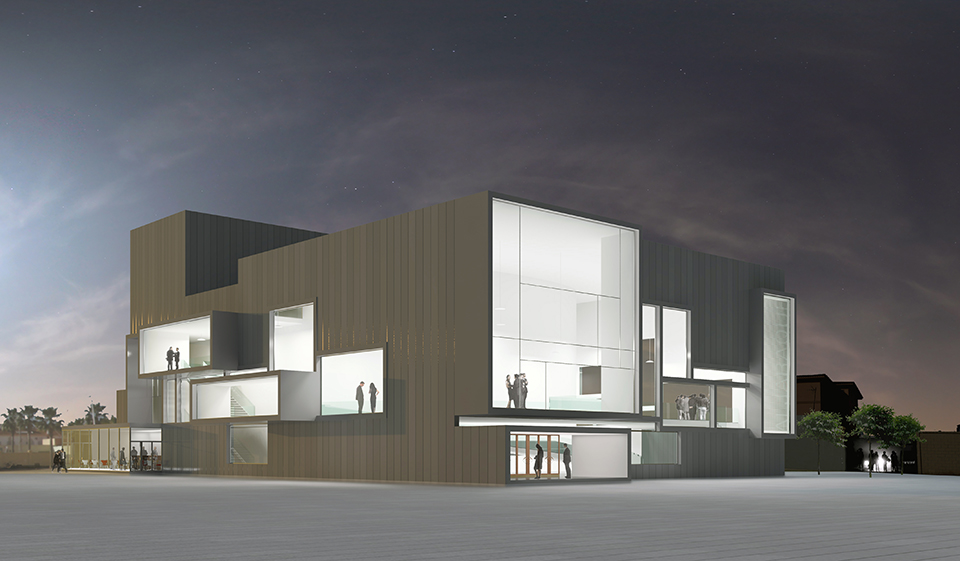 The proyect for this new theatre goes with a design proposal for the whole Fairground. In addition to the theatre, a new Town Hall, a library-cultural center and commercial and entertainment facilities grouped under a terrace-viewpoint will conform a new agora. The theatre will be built in the southern side in order to avoid the fragmentation of public space and make easier loading and unloading works from Doctor Jarabo Herraiz Street.
Our intention has been to project a building close to the needs of Aljaraque, a building able to take advantage of its privileged position and establish itself as a city landmark. The public access from the square is under the big viewpoint of the northwest facade. The area for loading and unloading works and the access for staff and actors are projected in the opposite facade, in relation with dressing rooms, rehearsal rooms and management area. There has been projected a loading and unloading area, preventing trucks obstruct the street.
The lobby is assymetrical, in line with the organization of the theatre, and gives access to the auditorium, cafeteria, press-multipurpose room, cloakroom and toilets. A wide-curved ramp brings spectators to upper seats and reaches to the foyer watching to Odiel Marshes. A series of windows frame the landscape as pictures on the wall of a museum. A mosaic that links the building with its surroundings. Cafeteria can operate regardless of the theatre operation, bringing live to the square.
The volume of the stage house extends laterally to house on its different floors the actors room, individual and collective dressing rooms, management area and a rehearsal room on the upper level, with views towards the coast. If the wheather permits, the side yard allows to extend both actors room and press room to the outside.
The auditorium has 521 seats, divided between the stalls, the stands in continuity with it, optimal for visibility and acoustic behavior, and the side boxes. Over these ones and all the way round there are the technical gallery and the projection and control room. The inner volume of the auditorium is suitable for both music and word and its dimensions make it ideal as a cinema as was required. The stage house has been projected with optimal size and organization appropiate for proper operation.
This work is published at divisare.com
>>En español
>>PDF