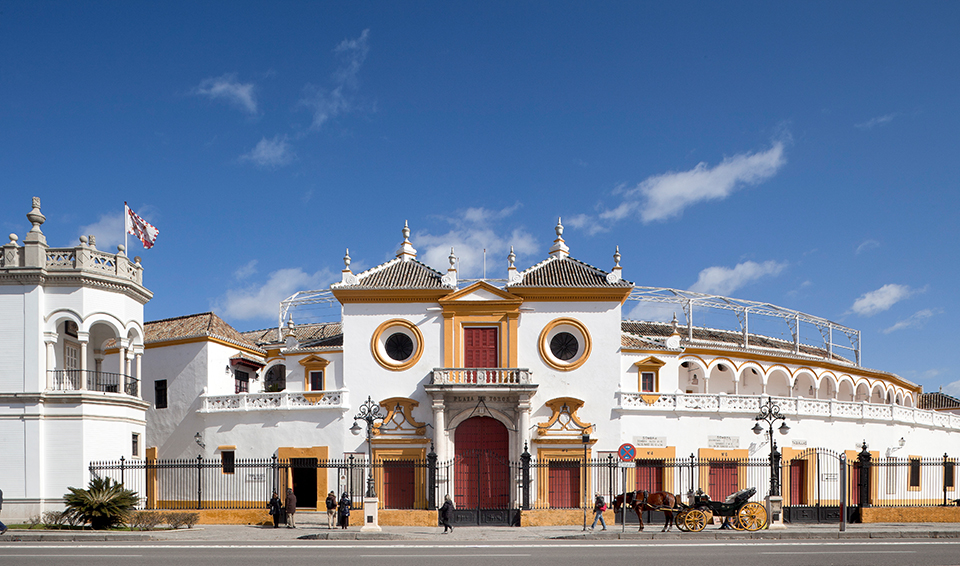 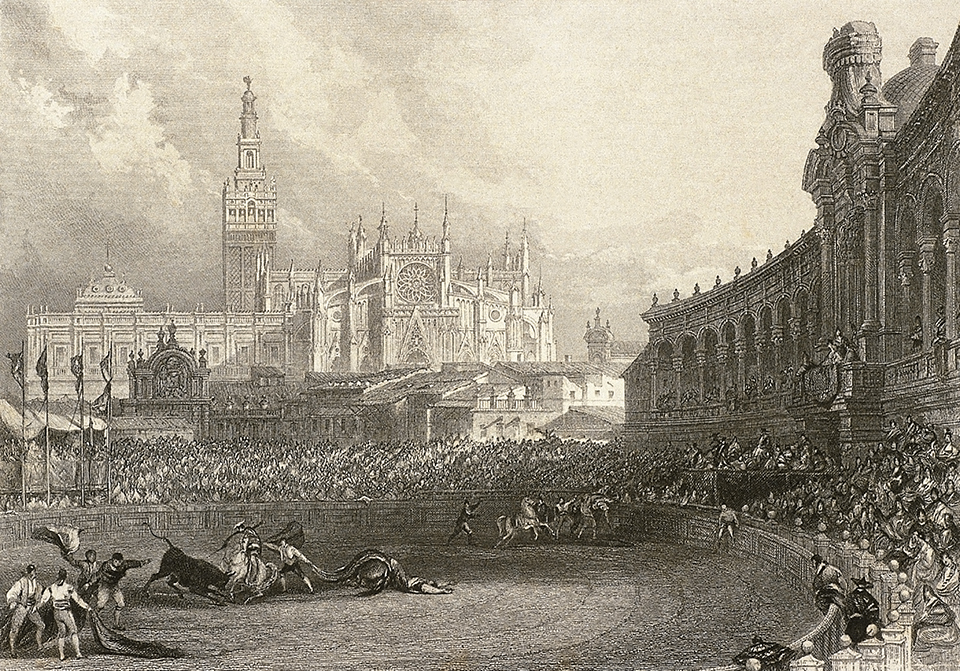 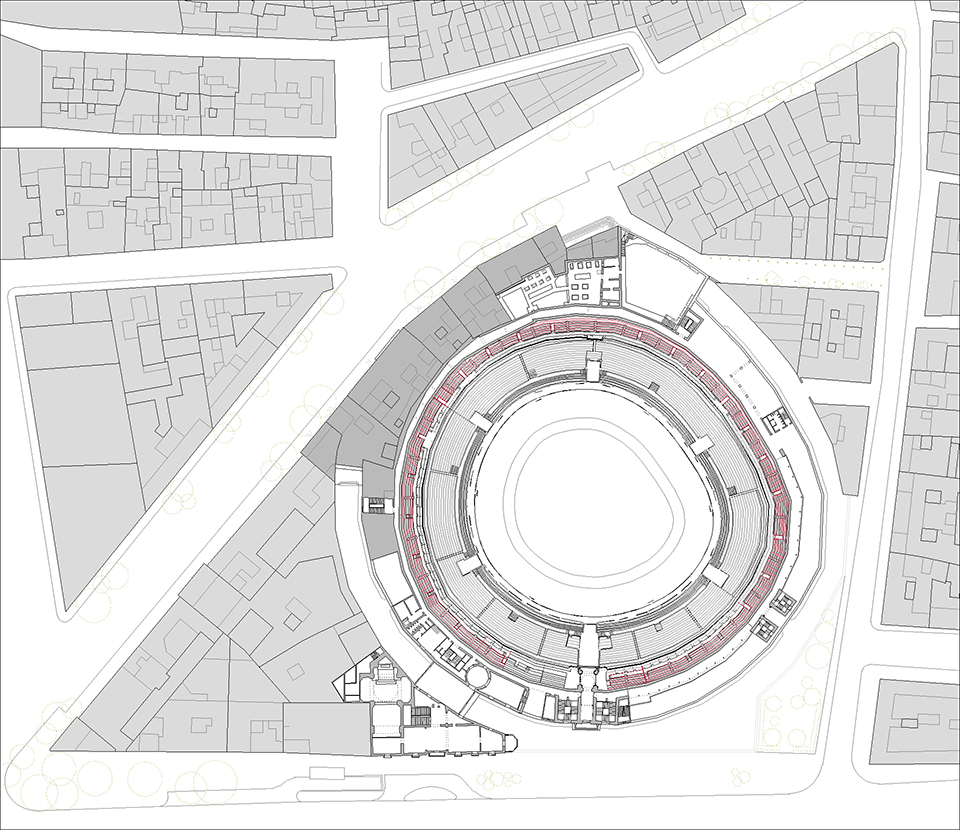 First floor of the bullring 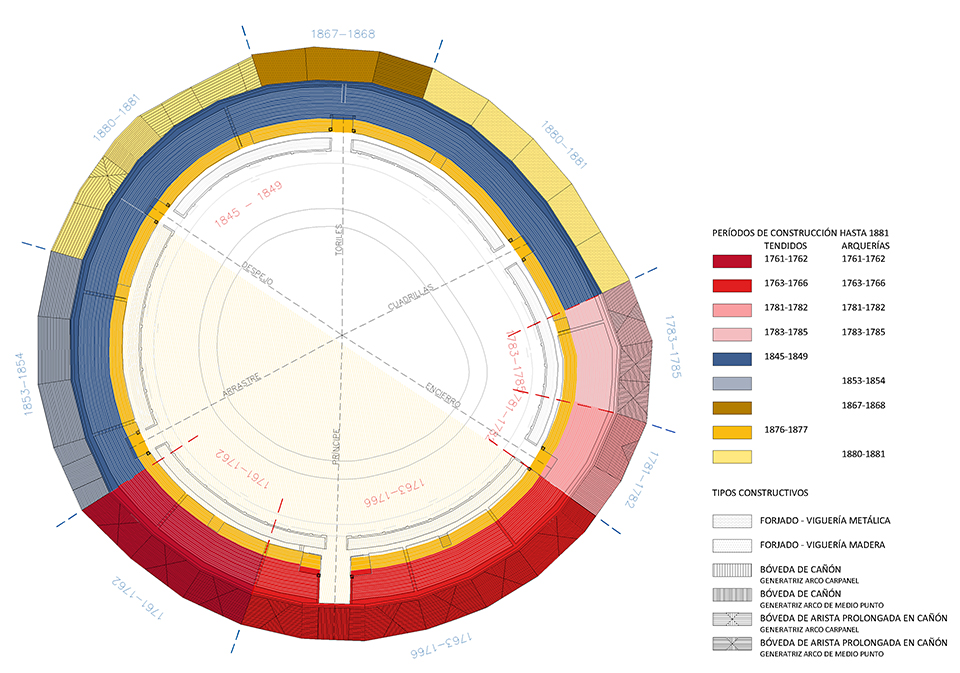 Periods of construction and structural systems employed under the stands 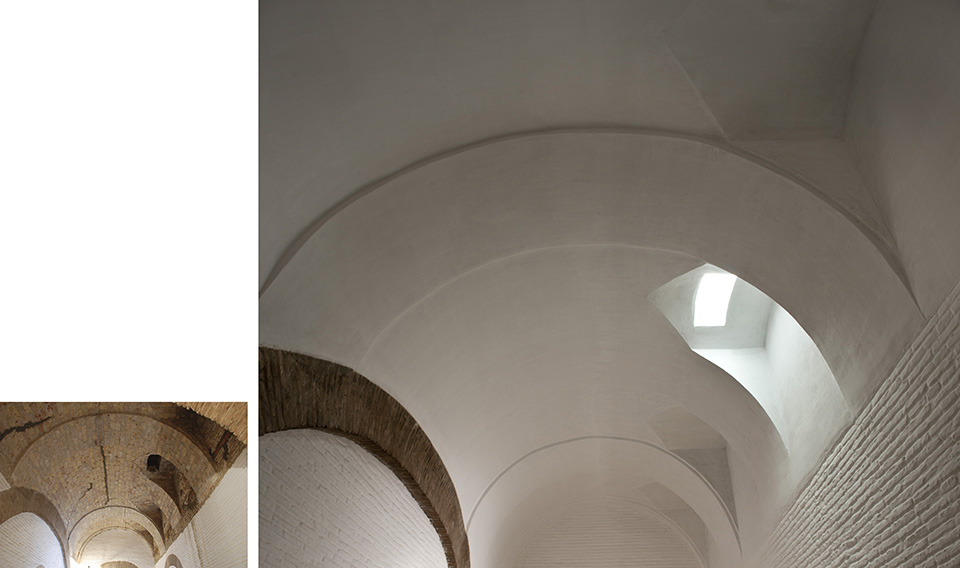 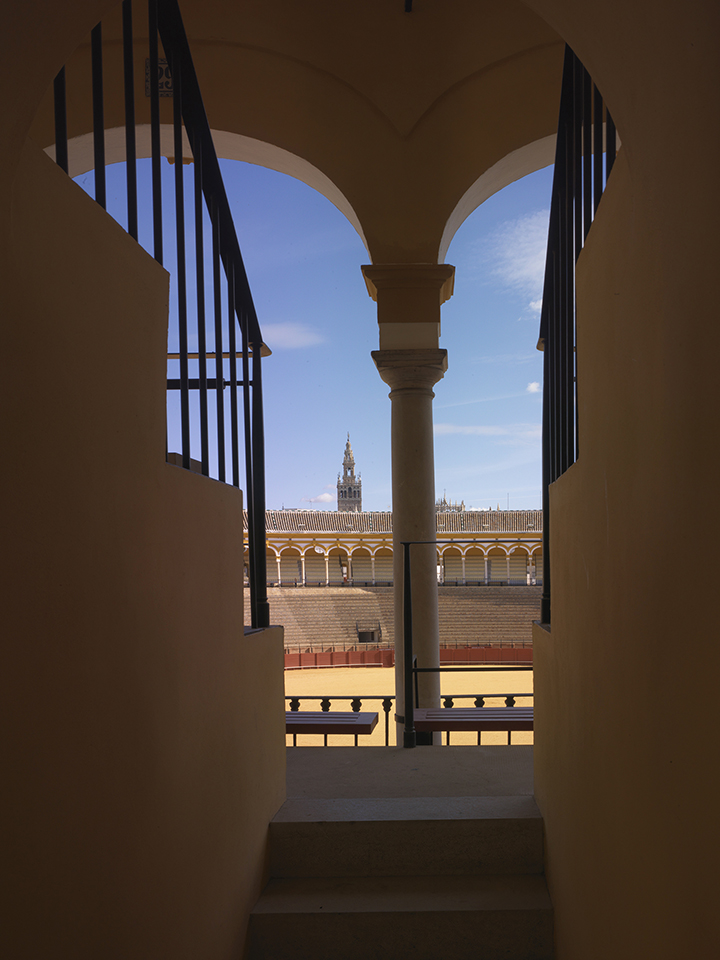 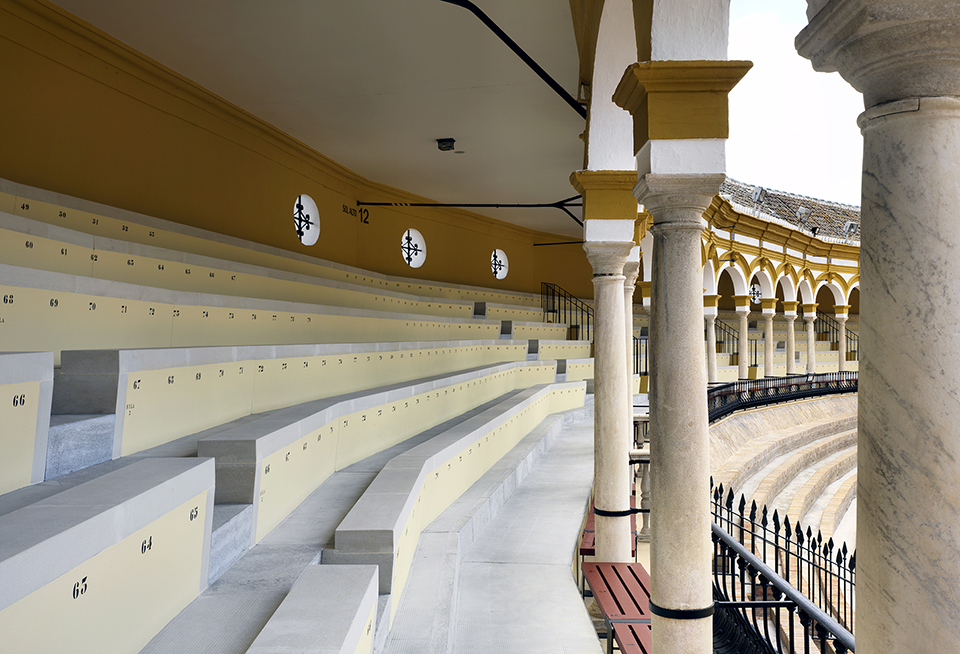 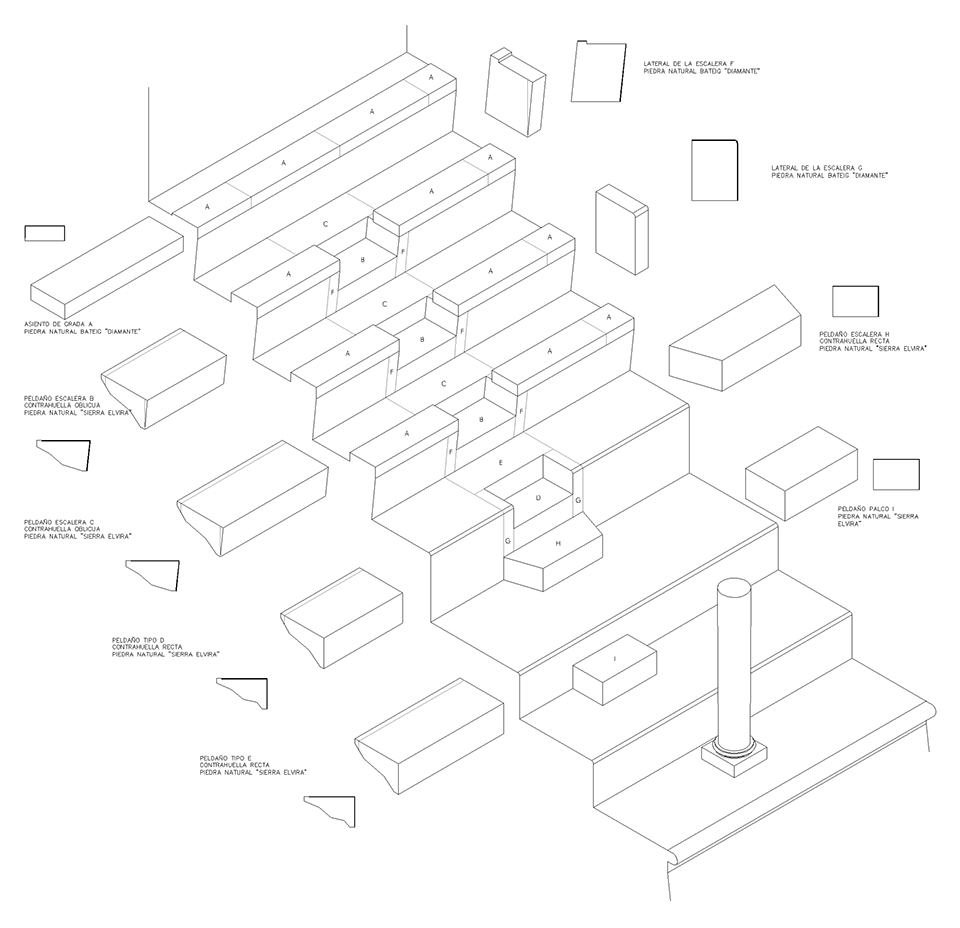 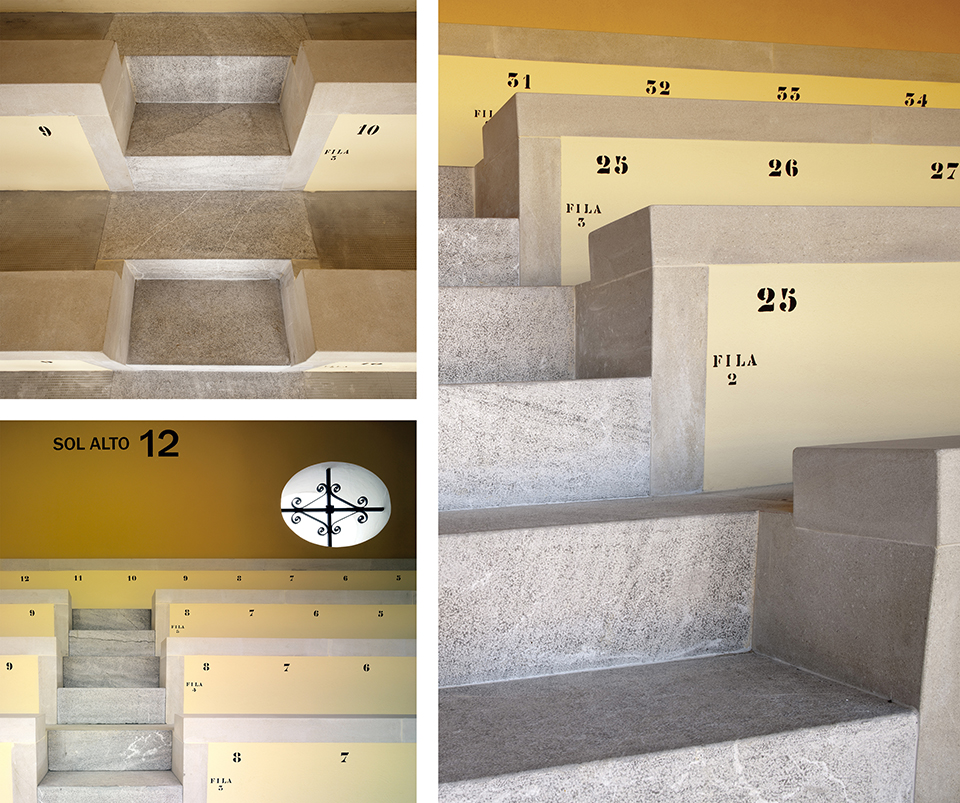 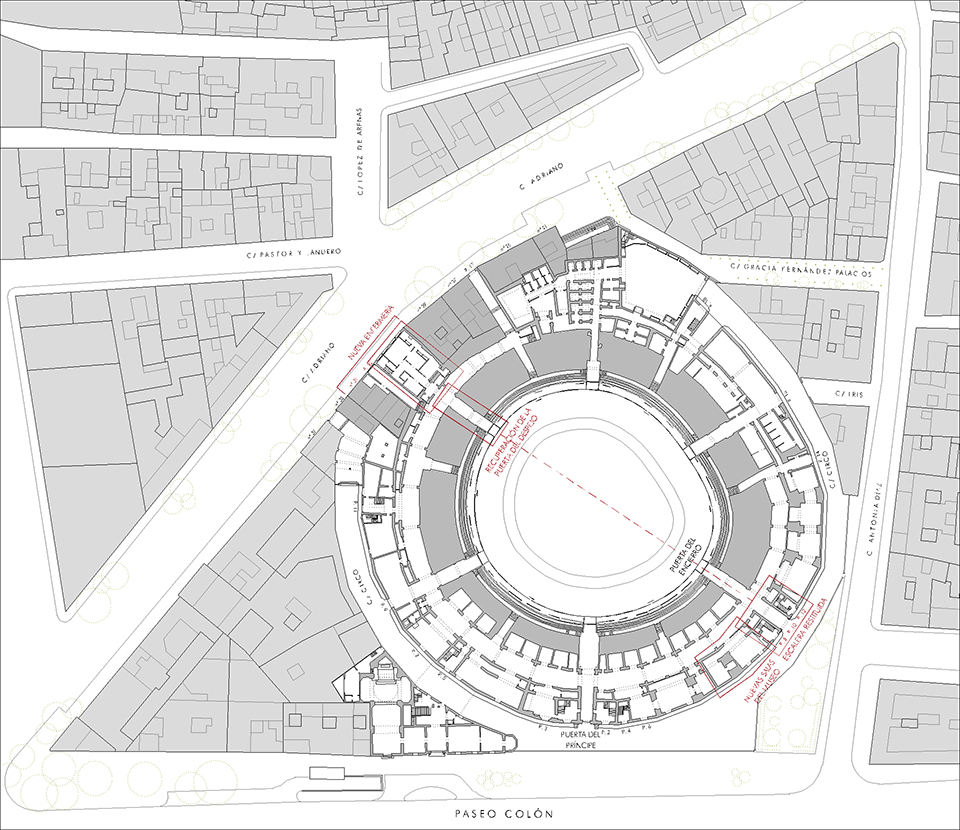 Ground floor of the bullring 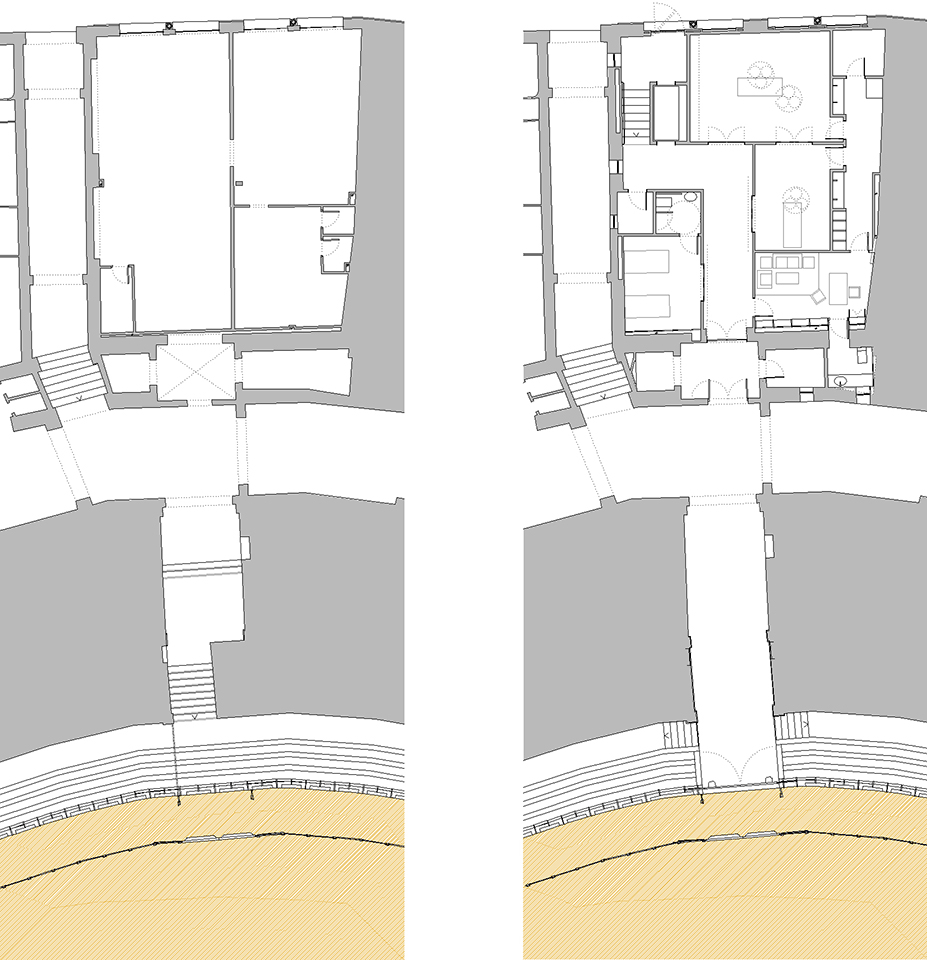 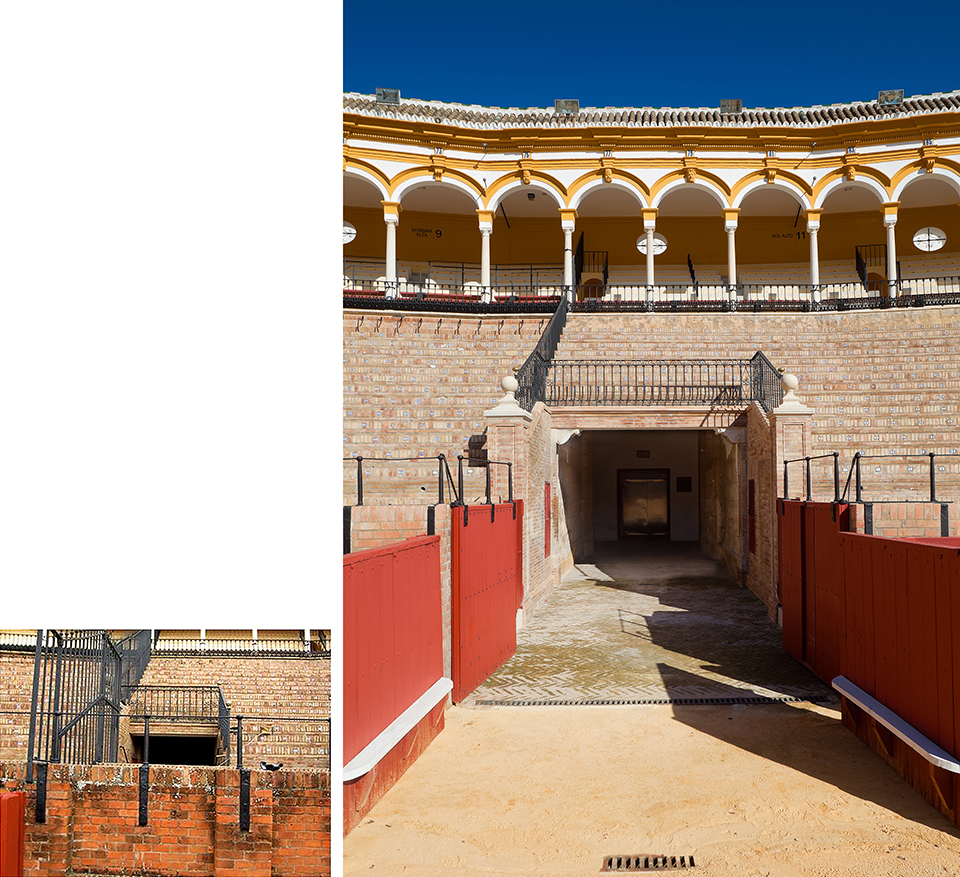 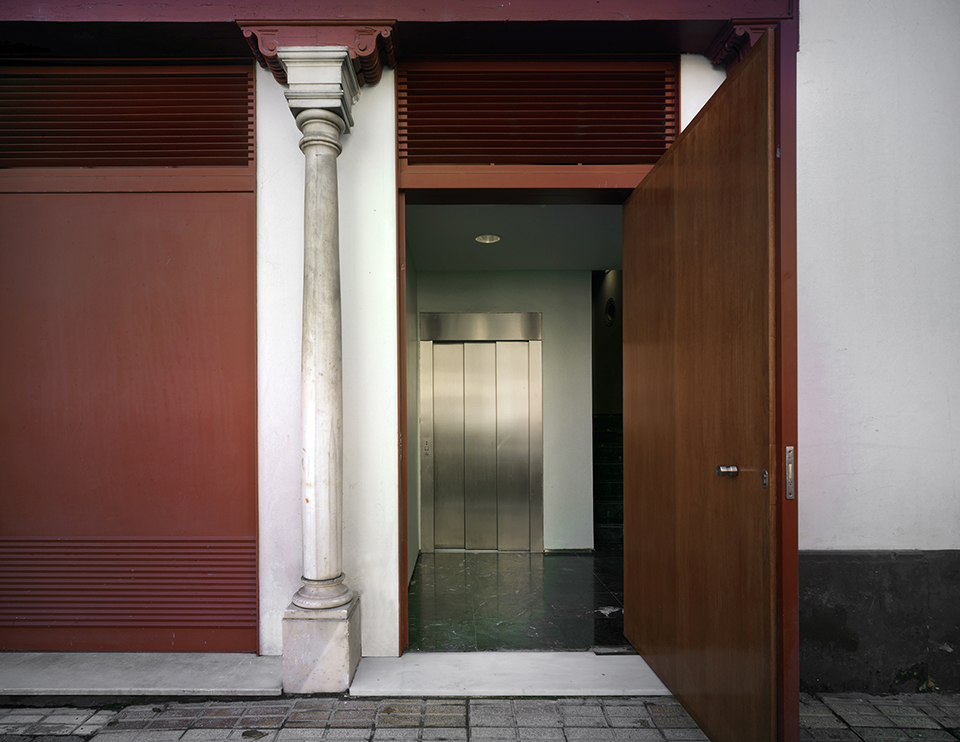 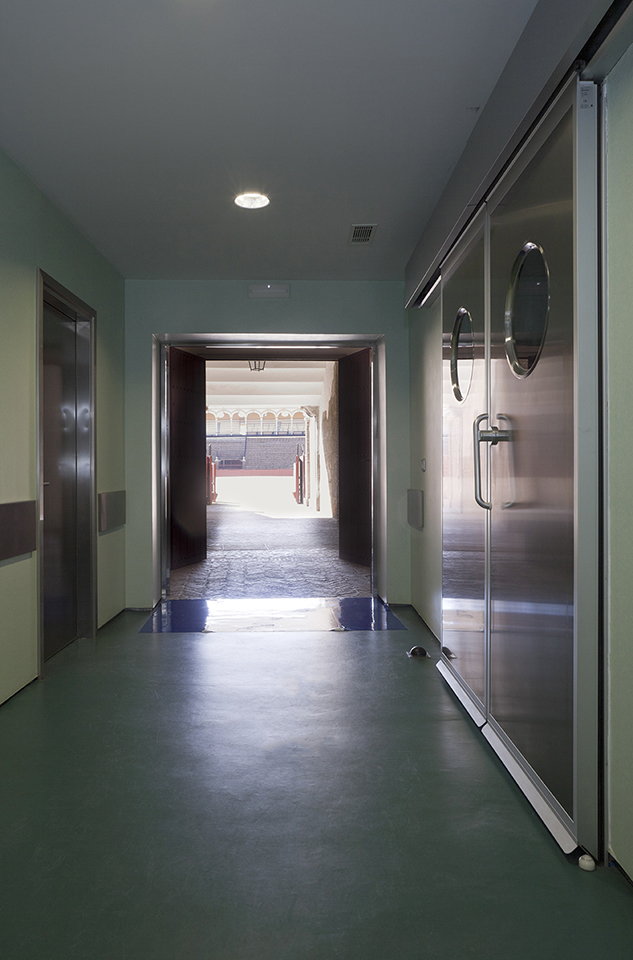 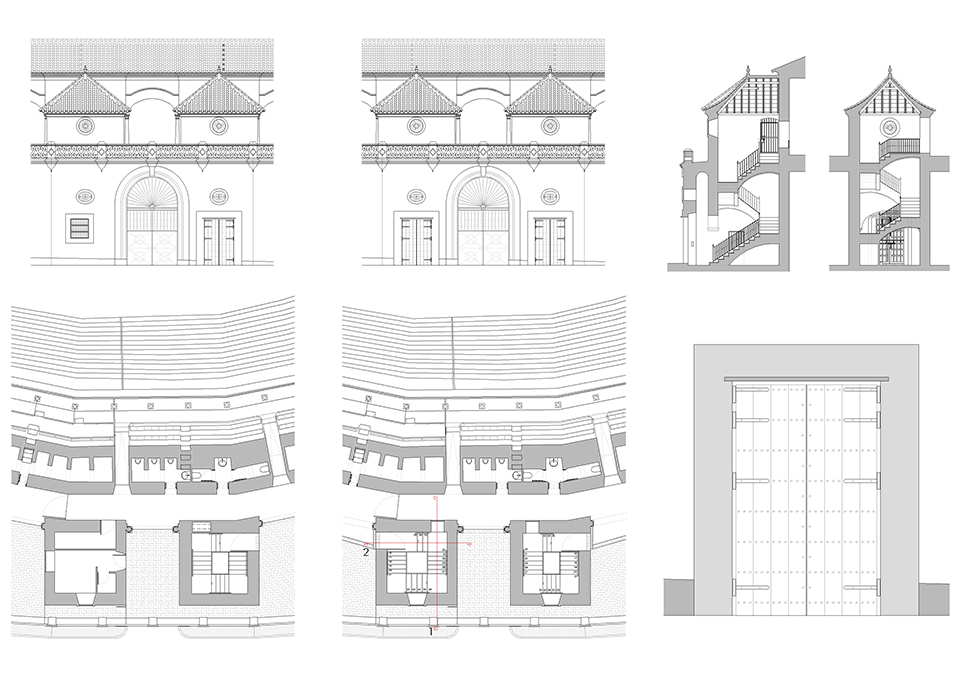 Recovery of one of the staircases aside Puerta del Encierro 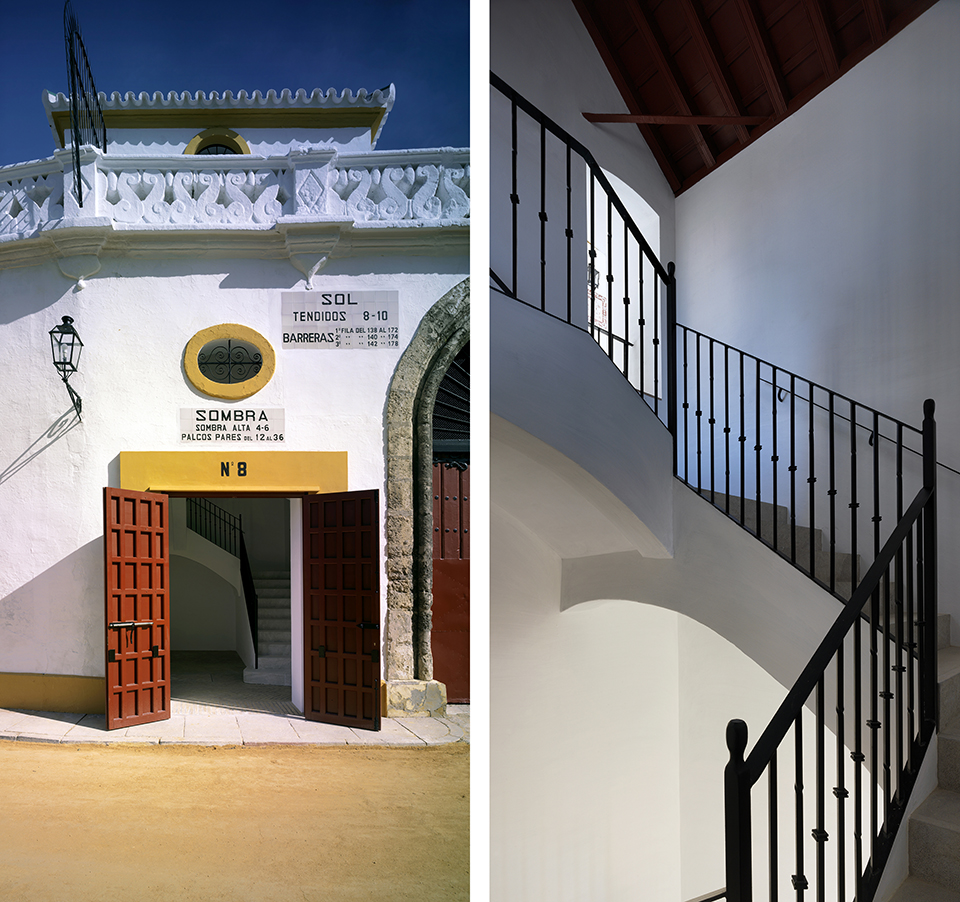 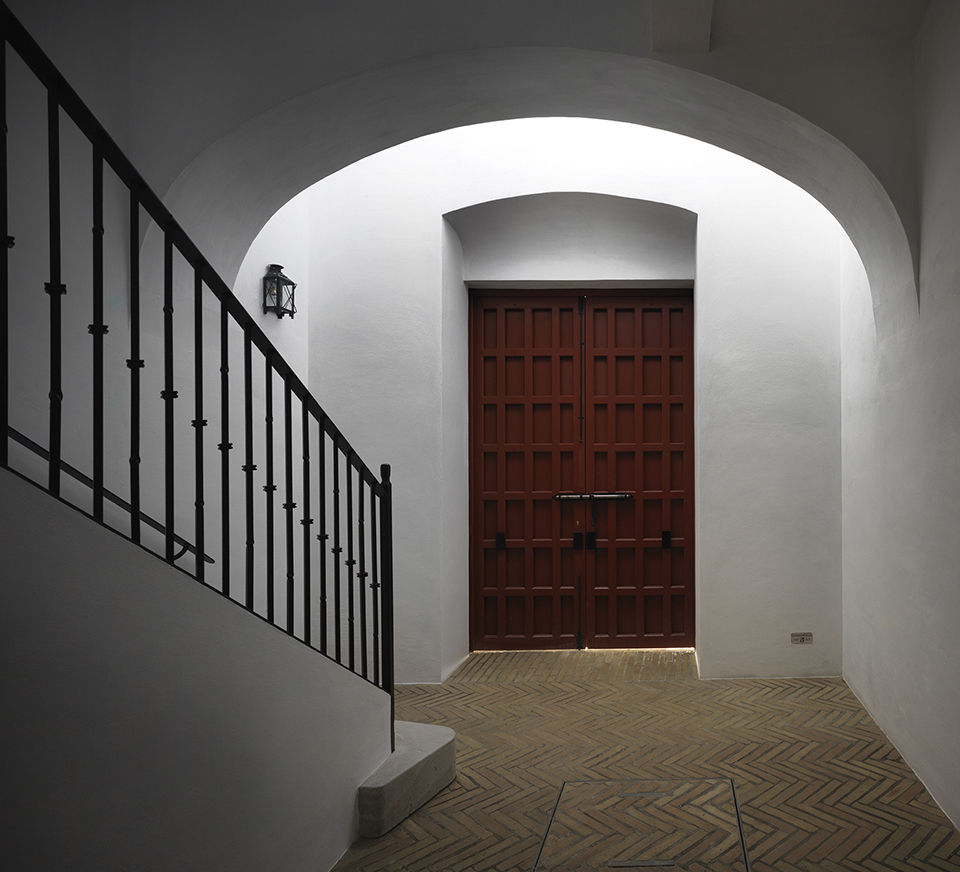 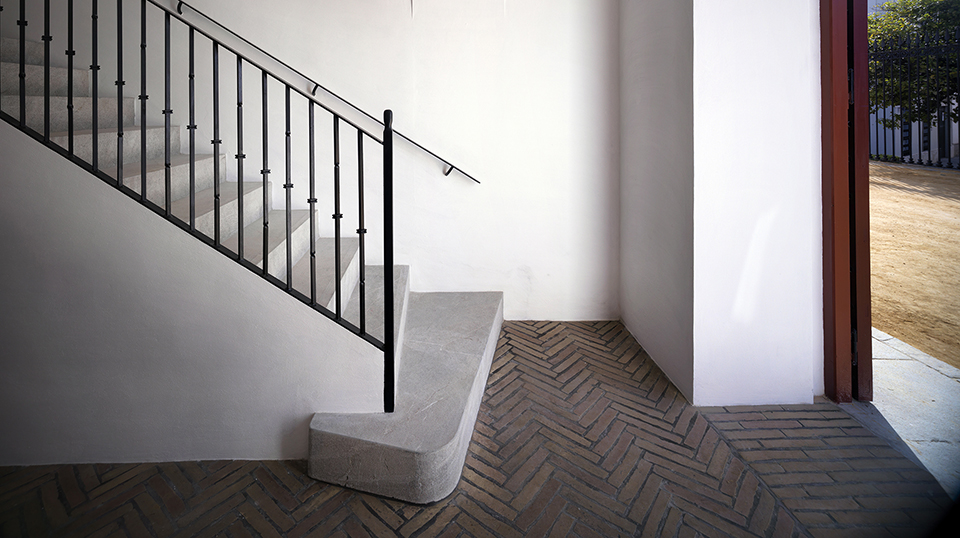 It’s well known that Real Maestranza Bullring wasn’t built as a free-standing or a circular building. It grew with the surrounding houses for one hundred and twenty years (1761-1881). It could be compared with the construction of a big house, the block, which patio is the bullring. As is common in Seville, this patio brings together the highest and most notable of its civil architecture.
Most of the works developed during last years (2005-2011) have aimed at two directions. On the one hand, it was necessary to improve security, comfort and visibility for the audience occupying the covered stands. On the other hand, some operations intended for recovering the form and functionality of the axis connecting “Puerta del Despejo” and “Puerta del Encierro” (one of the three axes that crosses the bullring).
The first group of improvements were related to the covered stands. First of all, it was required to pull down the old stands. These had been built one on top of the other over years of increasing spectator capacity. Next operation was the reinforcement of the heterogeneous vaults and slabs system on which stands were resting. Finally new, more comfortable stands were built, improving visibility as well as security.
The second group of works included moving the infirmary from an area next to Puerta del Encierro to the area between Puerta del Despejo and Adriano Street, as well as restoring this gate to its original state, opened to the arena. In addition, moving the infirmary allowed us to rebuild one of the two staircases aside Puerta del Encierro. This last intervention freed up rooms that have been added to the Bullfighting Museum as new exhibition areas.
This work is published at divisare.com
>>En español
>>PDF