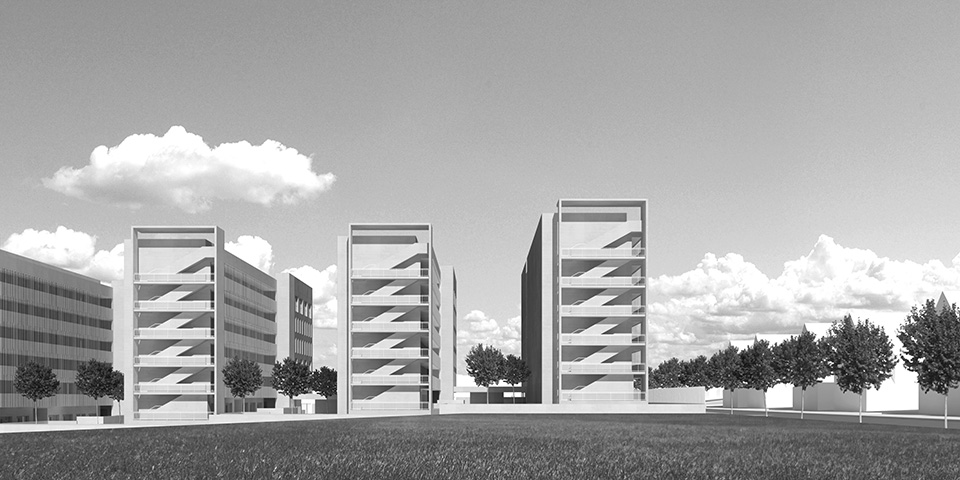 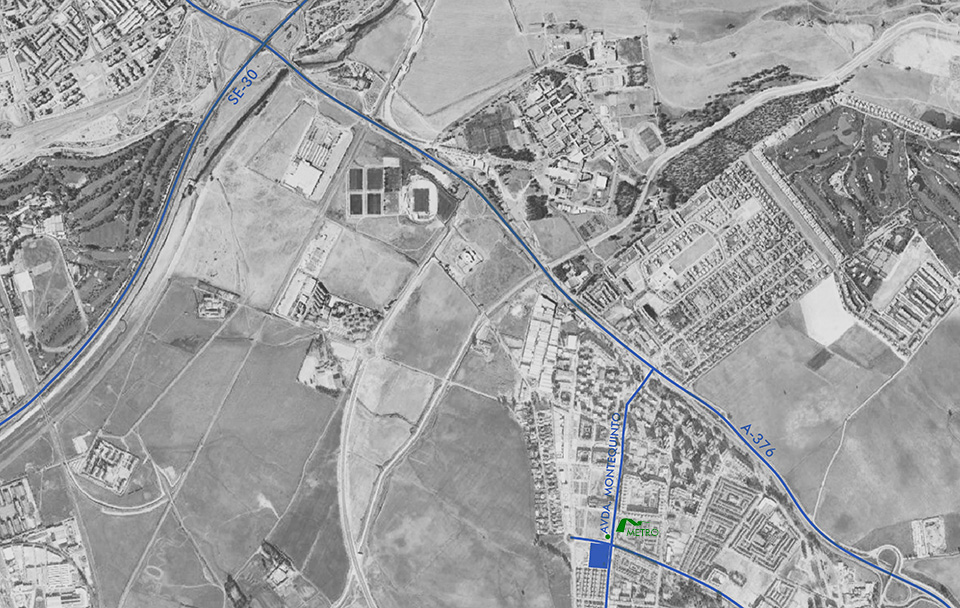 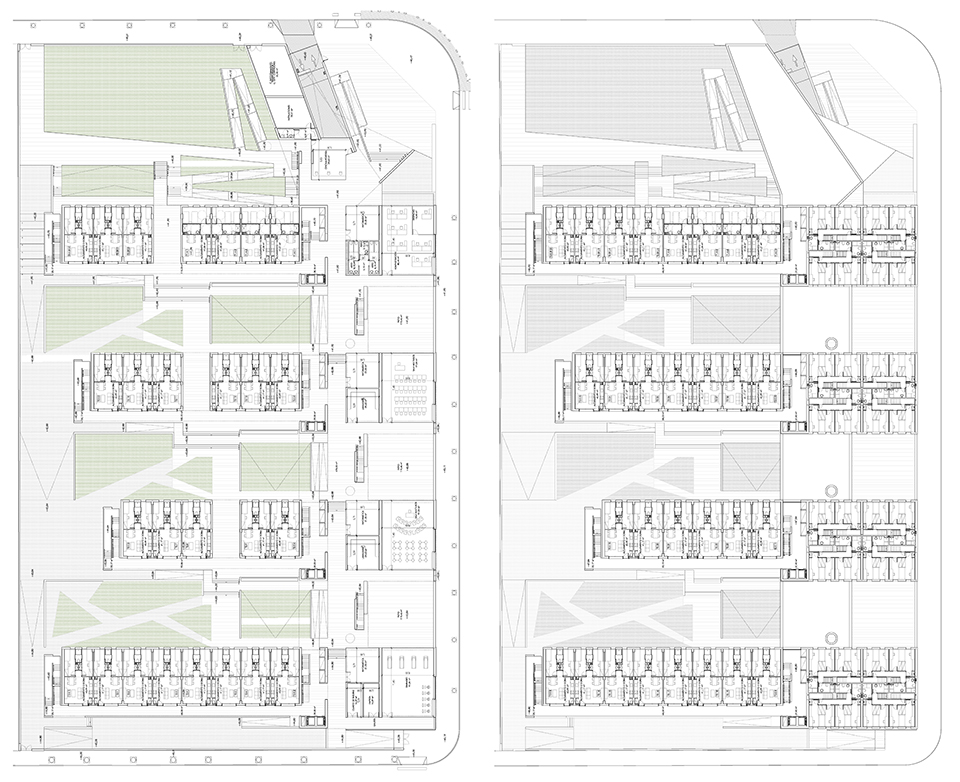 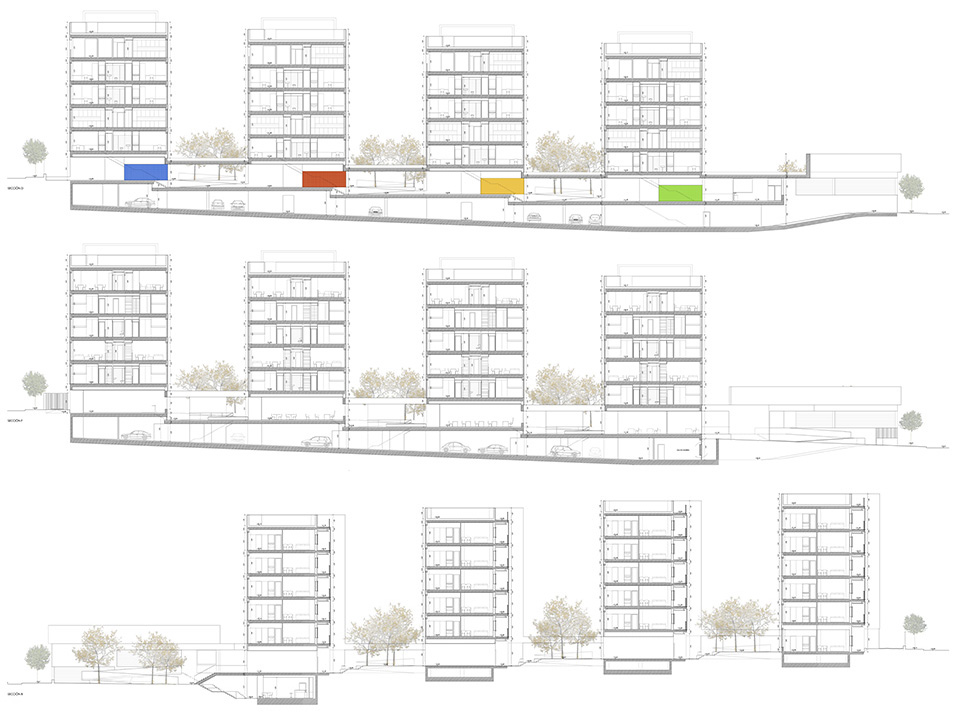 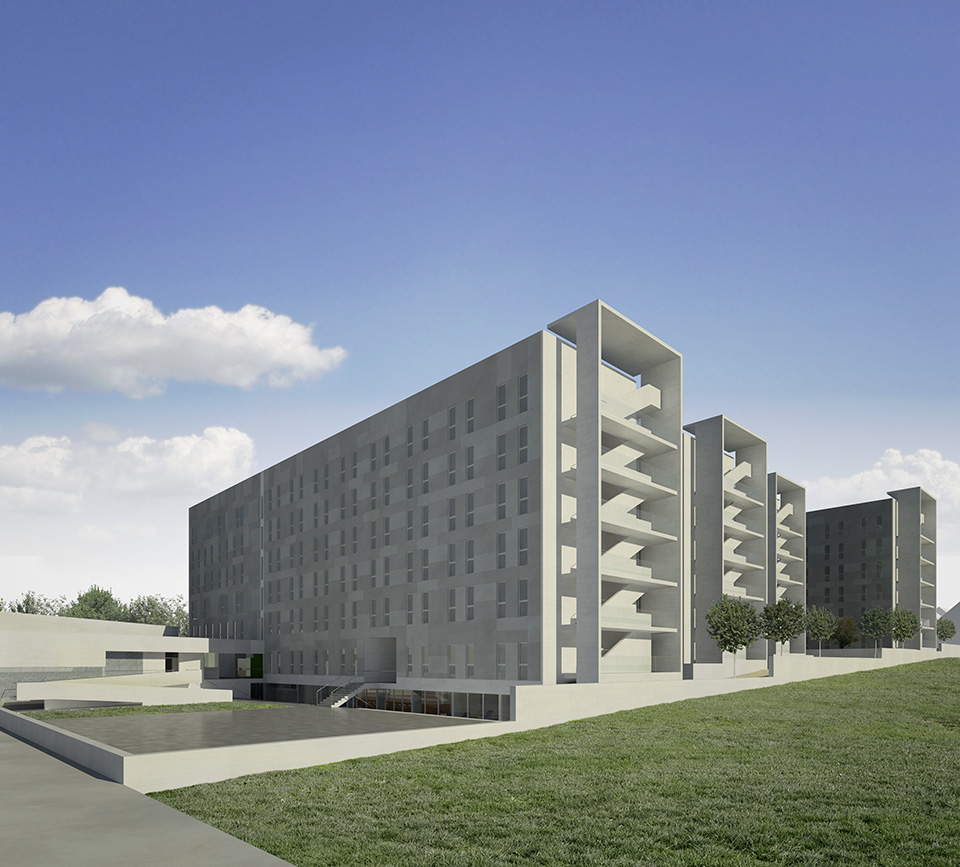 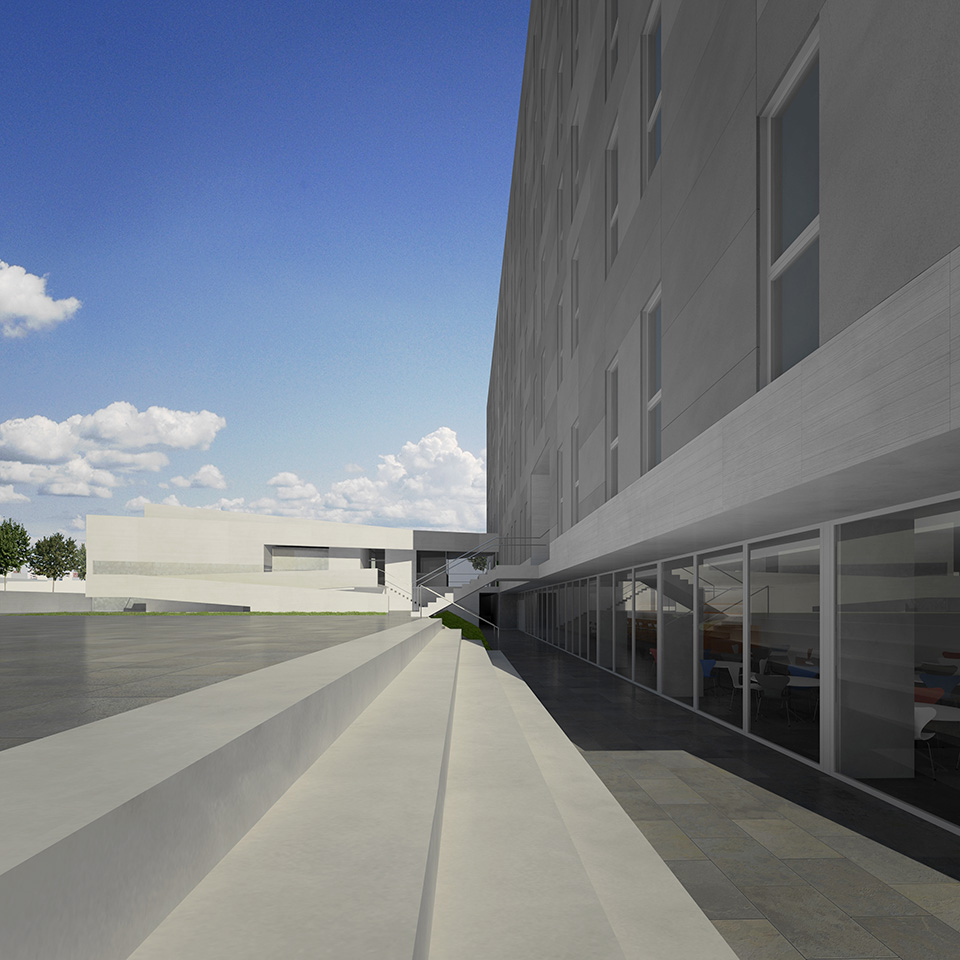 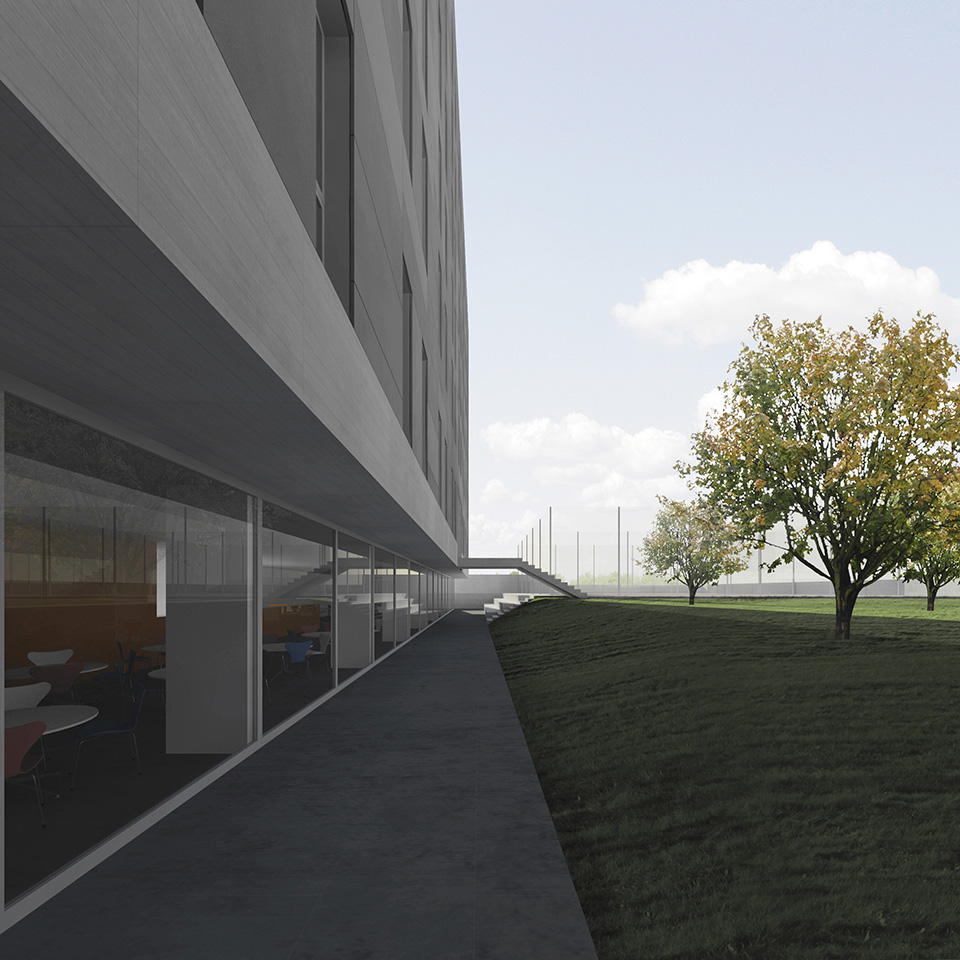 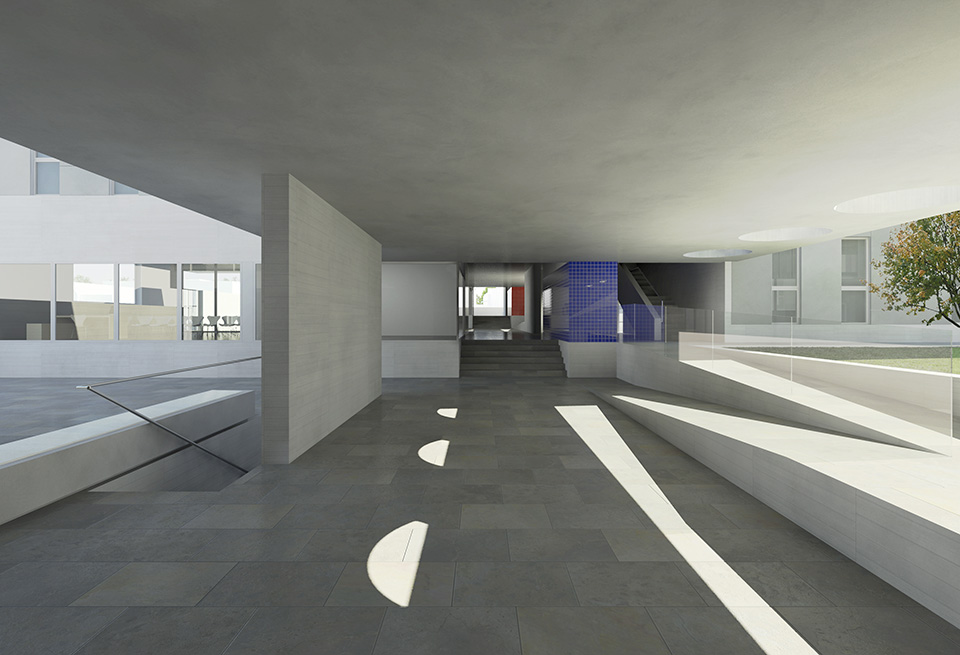 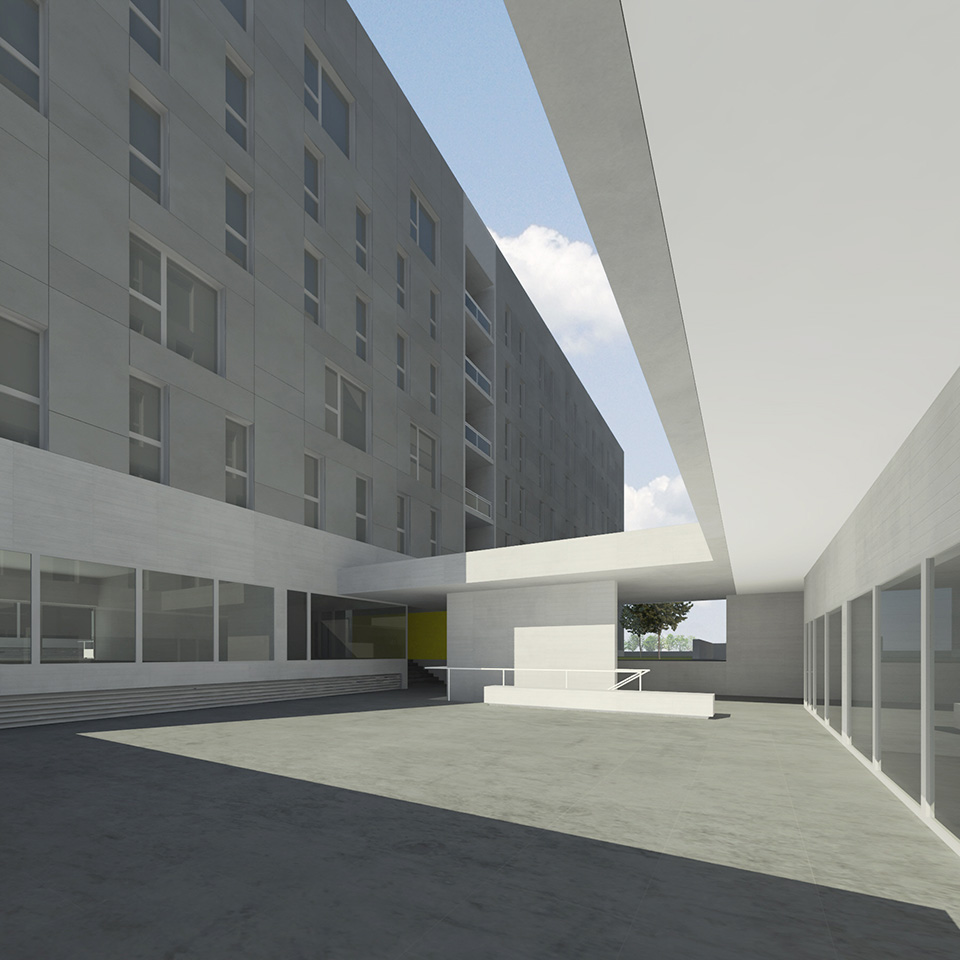 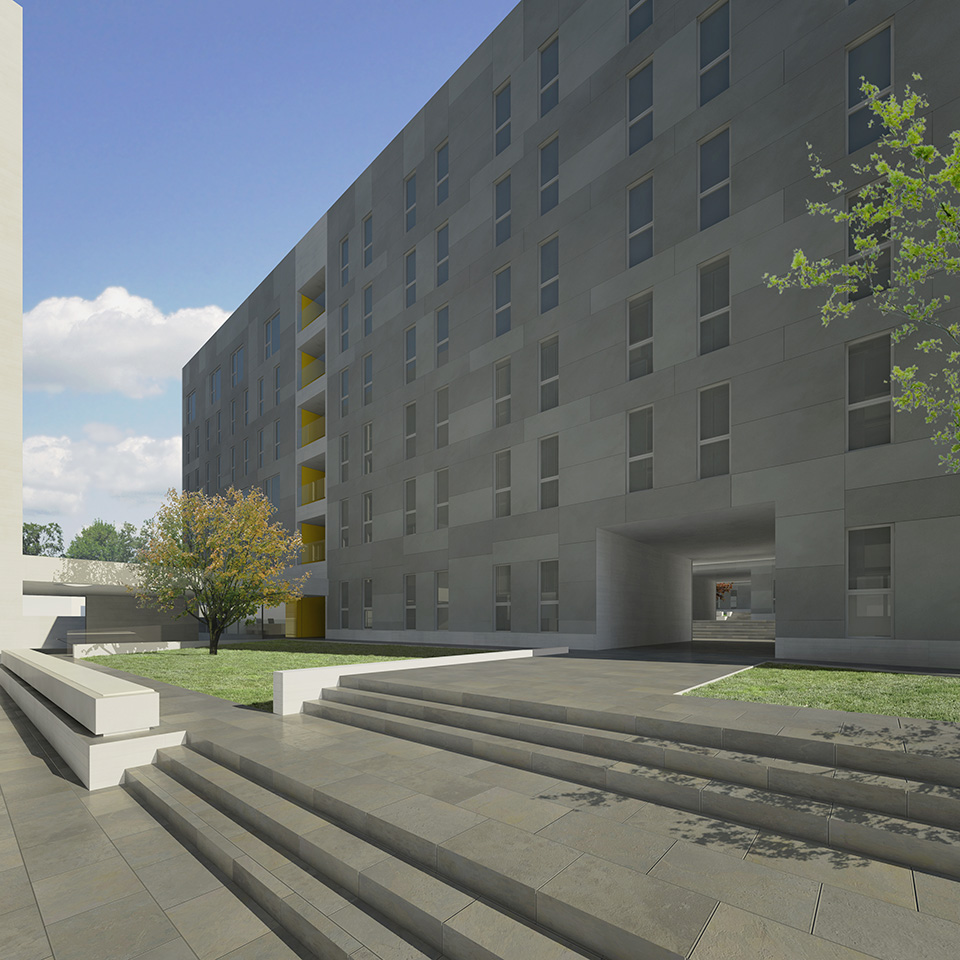 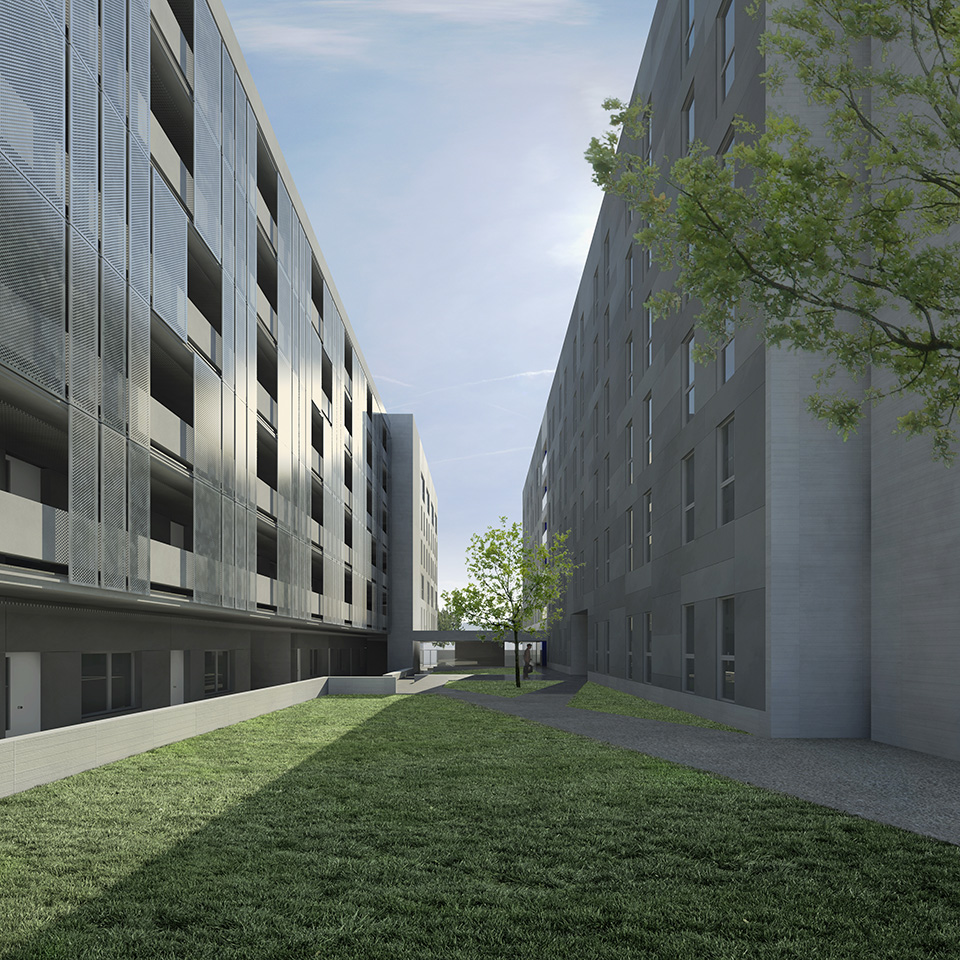 We have projected four buildings in perpendicular direction to Avenida de Montequinto, considering sunlight and ventilation, protection against traffic noise and occupation versatility. In the ground floor, a north-south gallery connects the four wings and gives access to common services, circulation cores and the garage, controlled from the caretaker’s office.
This axis organises the complex in two sides. On the east side, there will be the underground garage, the different services as computers room, laundry, gym, multipurpose rooms and management offices, the four-bedroom apartments and over them, on the fifth floor, the study rooms. On the west side there will be the apartments with one and two bedrooms, between the gardens and sport facilities.
We have designed two types of housing: a four-bedroom apartment and a two-bedroom one (the apartments for disabled people and one-bedroom ones are variations from this one).
The four-bedroom one is a duplex similar to the one we designed for the Ramon Carande Residence. In the access level, the level of the interior corridor, there are the living-dining-kitchen with the requested equipment and furniture. From this floor, residents will go downstairs or upstairs to reach the bedrooms, four bedrooms with bunk beds, two baths and a small storage room that will house the air-conditioner unit.
The apartments with two bedrooms are placed along exterior galleries. They have a living-dining-kitchen and two bedrooms, each one with its own sink. Both toilet and shower are shared and usable from the two sides. In this apartments, the air-conditioner unit is located over the sinks, giving service to bedrooms and living.
As we said, both the apartment with one bedroom and the one for people with disabilities are variations from the two-bedrooms apartments, with an independent bath and a bedroom for one or two people.
We have projected 219 housing: 24 one-bedroom apartments, eight of them for disabled people, 147 with two bedrooms and 48 duplex apartments with four bedrooms.
In the one-floor apartments, bedrooms open to the North and living-rooms to the South. The orientation of duplex apartments is both to North and South.
This work is published at divisare.com
>>En español
>>PDF