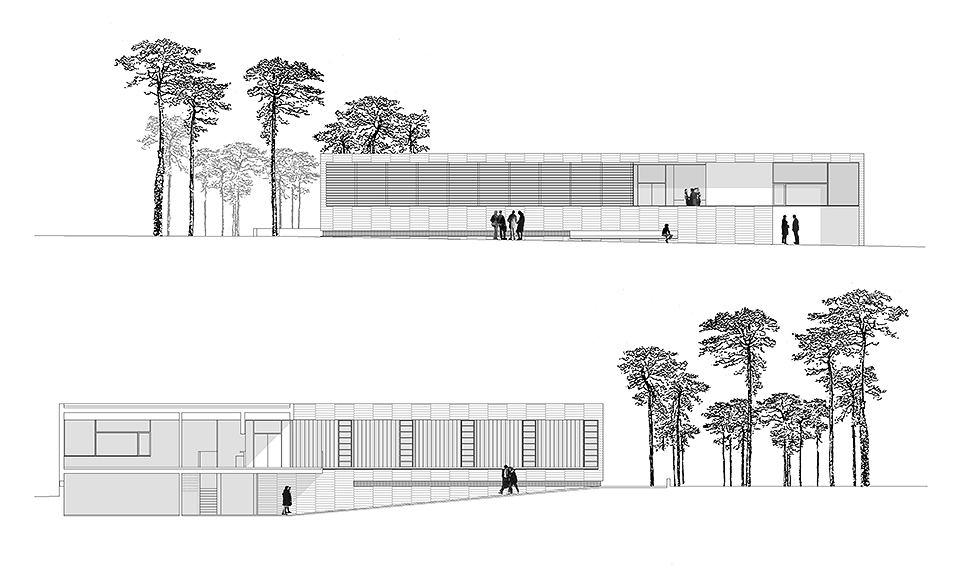 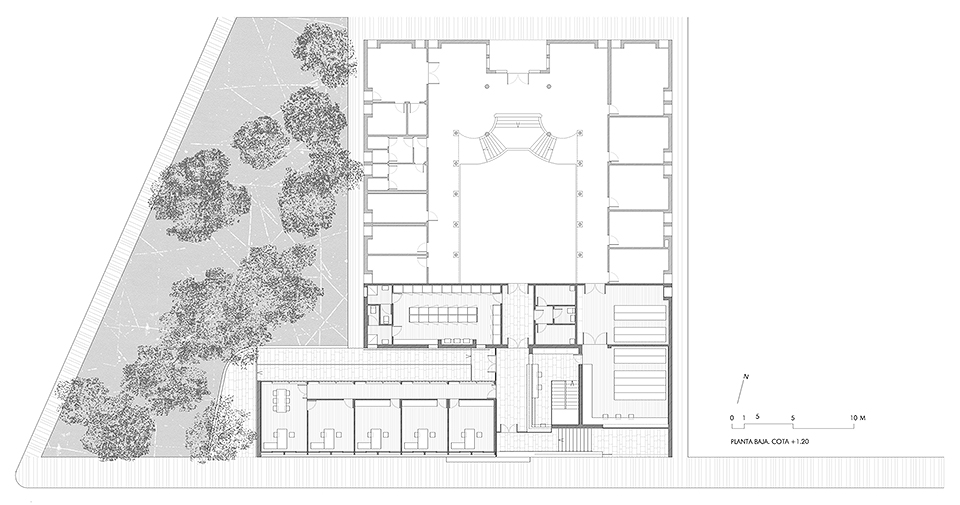 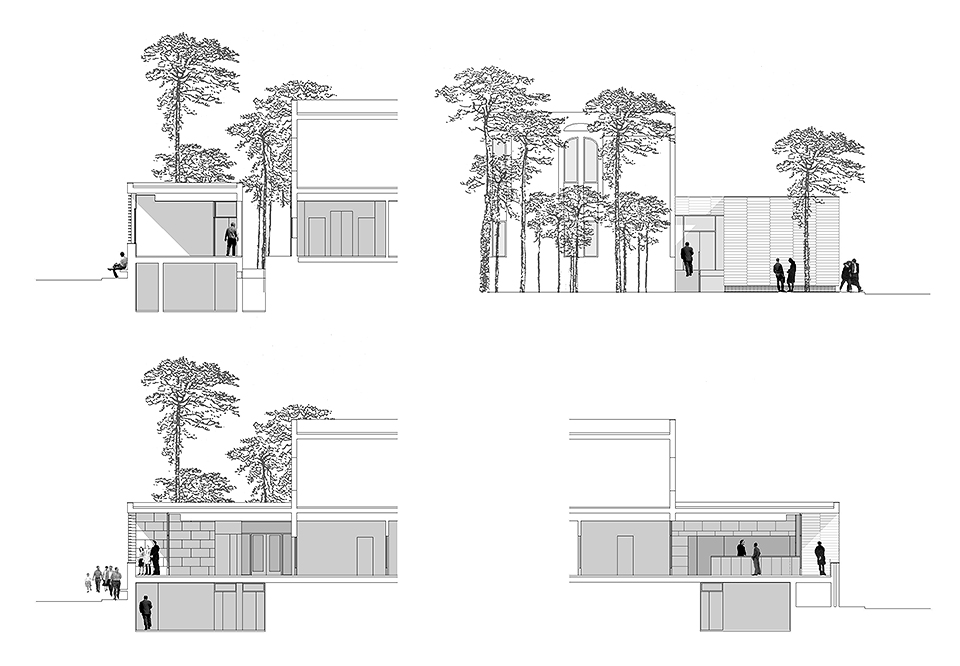 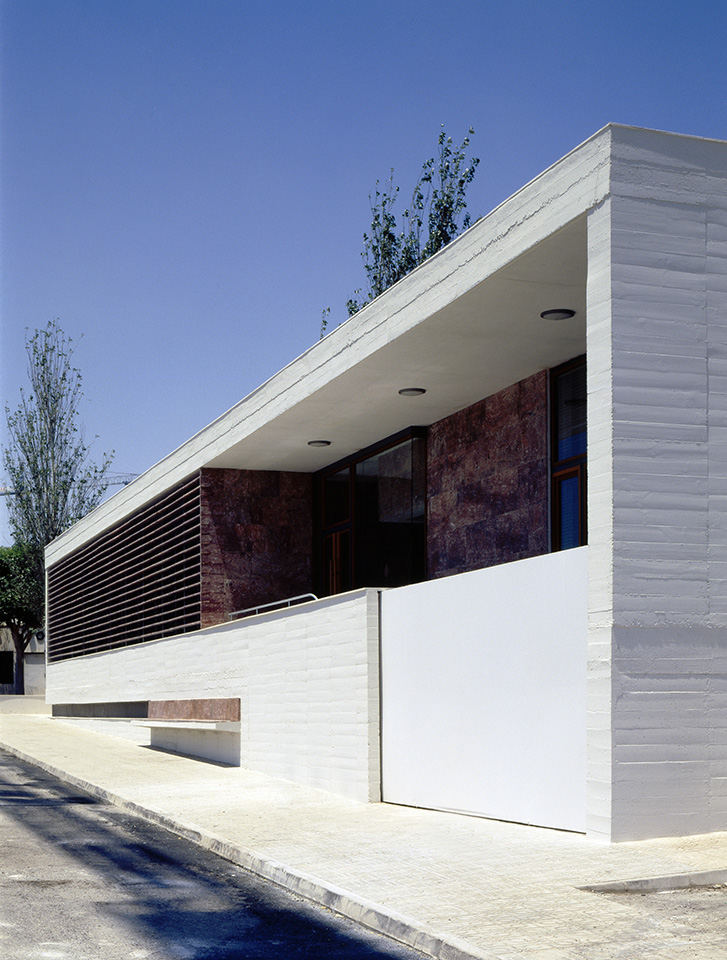 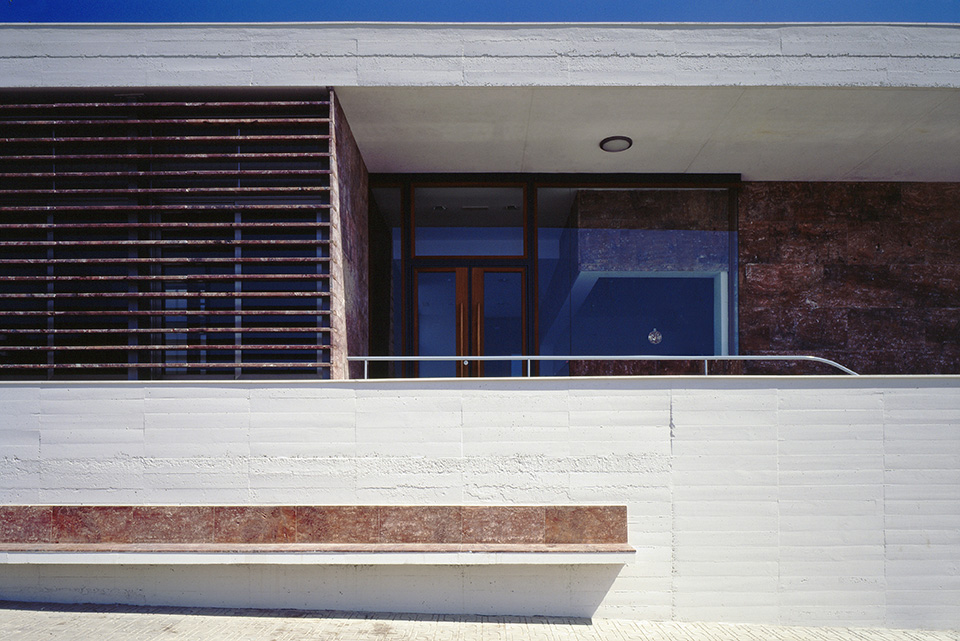 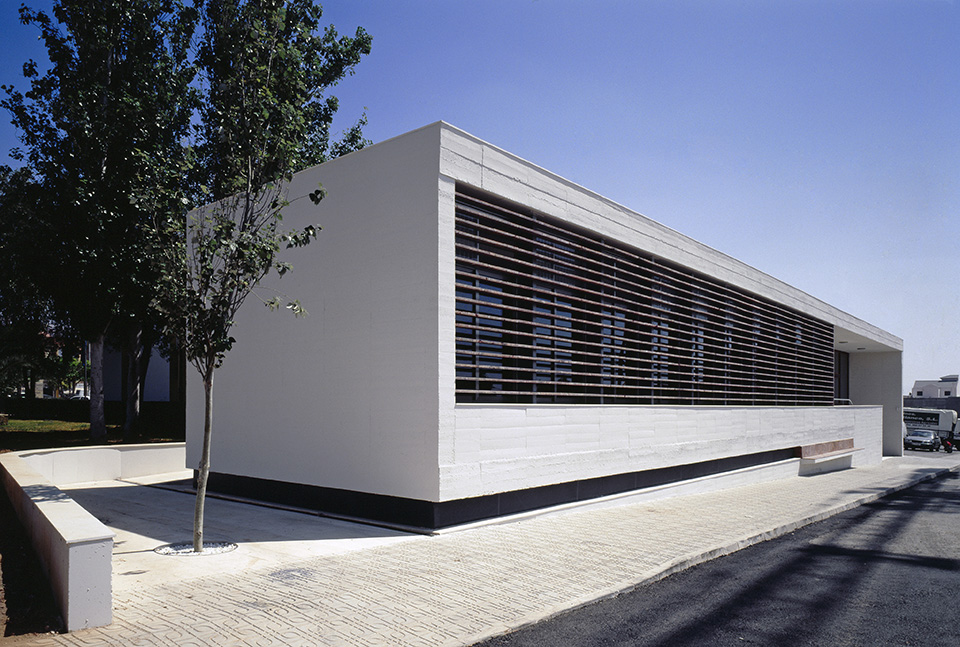 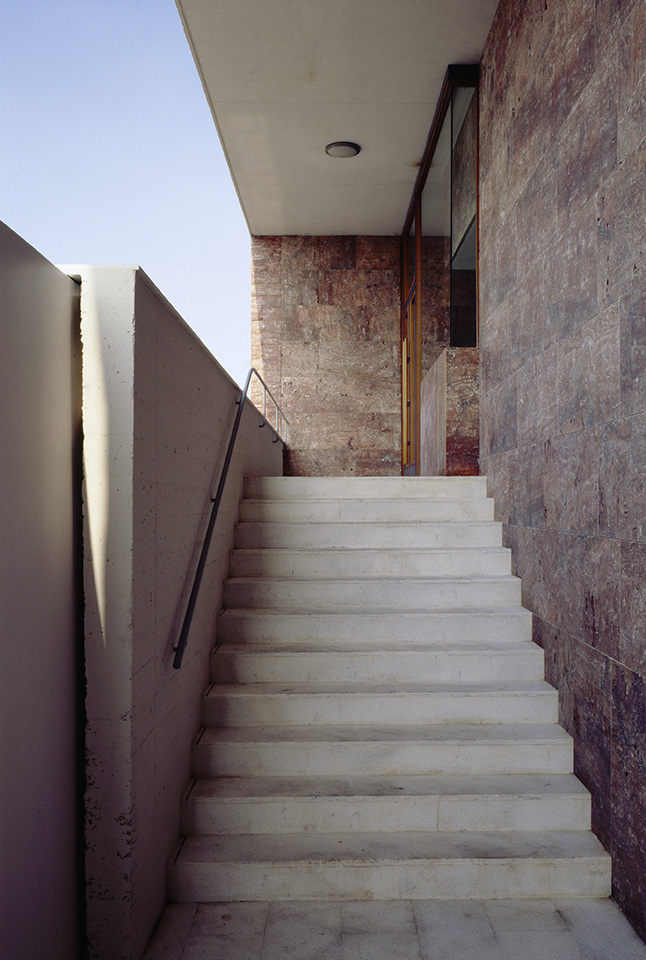 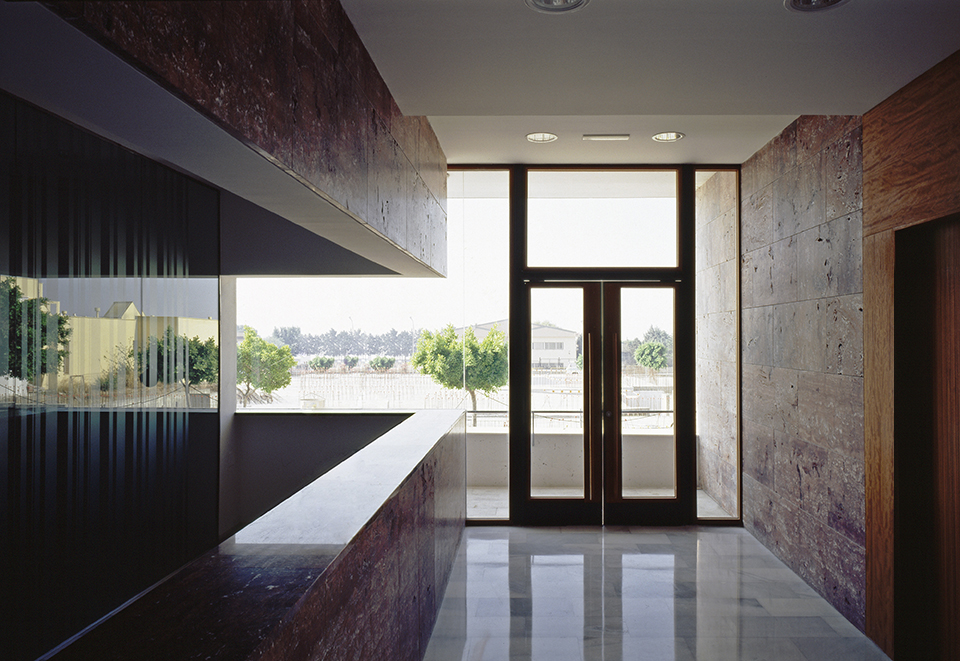 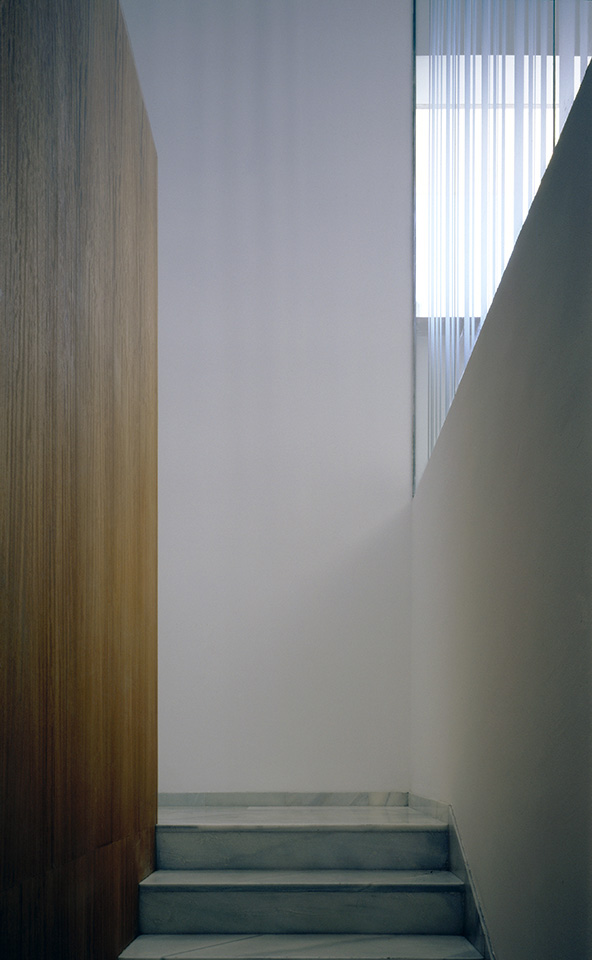 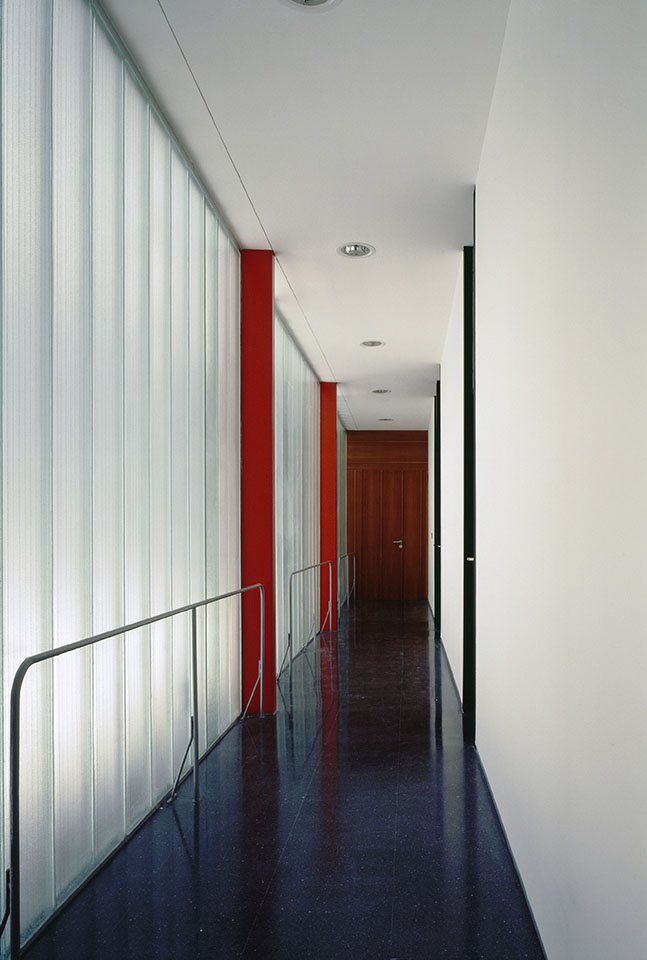 The Vícar municipality facilities extension comprises a linear unit attached to the existing building and having its main facade facing south.
The entrance is elevated above street level in order to keep the connection with the existing building and also to allow space for a sublevel. The entrance atrium serves both as a reception area and the main organisational and distributive node for circulation and building functions. It is accessed from outside either via the stairs under the grand portico or, on the other side, by a dual ramp that also gives access to the sublevel.
Local materials were preferred, starting with the filler for the white cement used to make the structure, which was obtained from the nearby Macael marble quarries. The red stone used in the facing panels for vertical surfaces and in the horizontal sun-shade system is also of local origin.
Special attention was dedicated to the design of building thermal control, taking advantage of the orientation, direct and indirect insolation and cross ventilation in all interior spaces.
The project is part of a broader urban redevelopment plan that includes the building directly opposite the municipal offices, the new city theatre, which was also designed by Carbajal, Solinas and Verd.
This work is published at divisare.com
>>En español
>>PDF