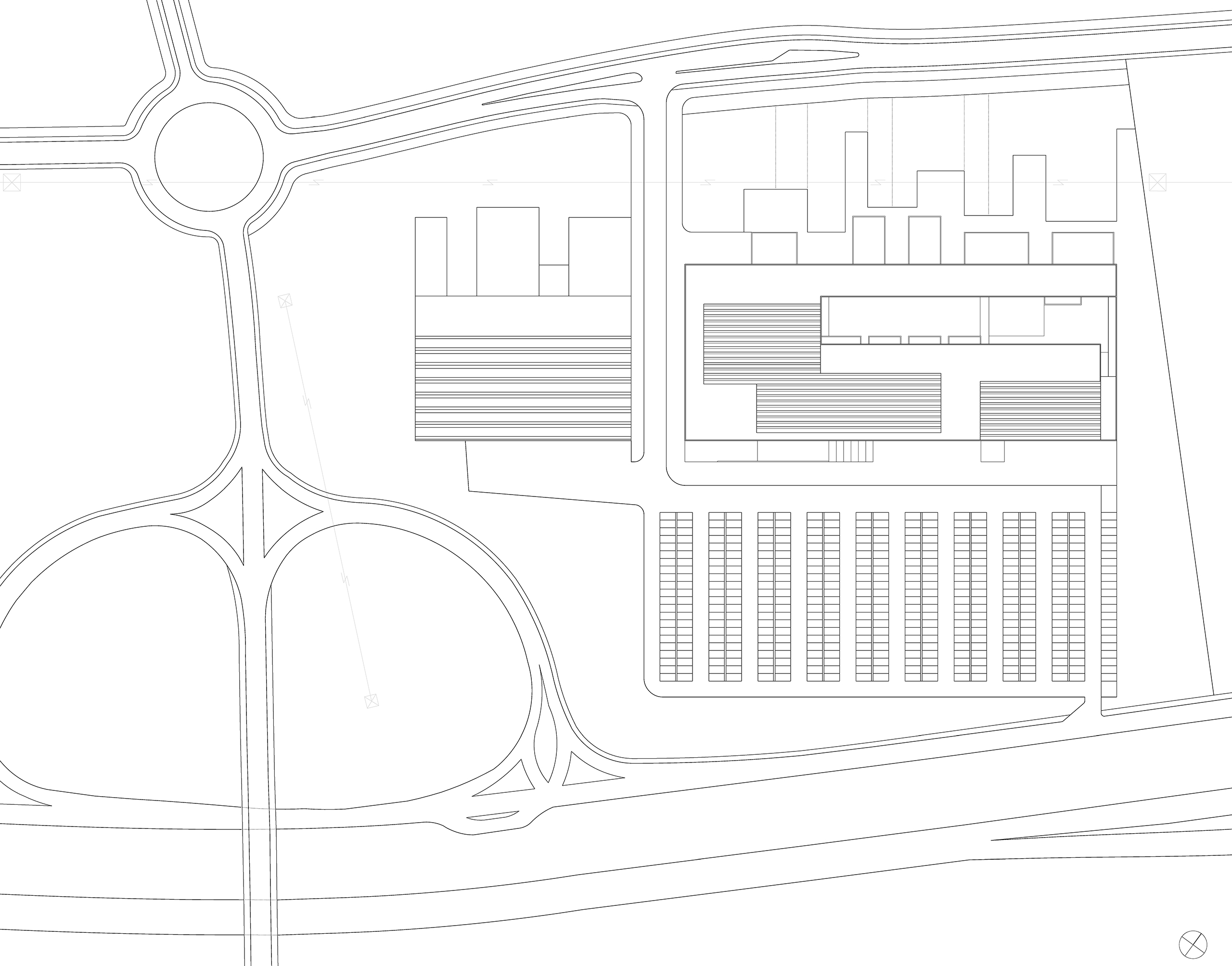 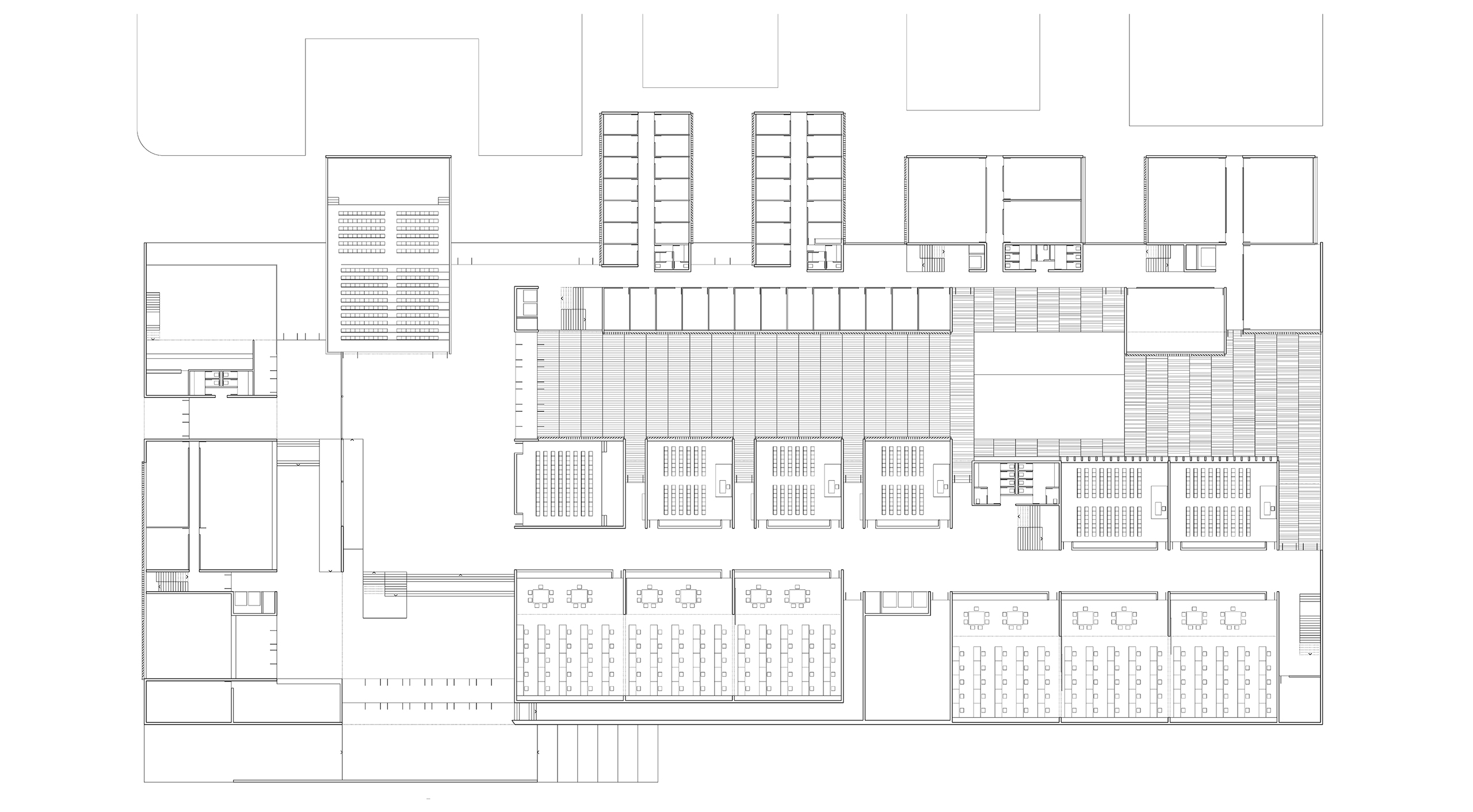 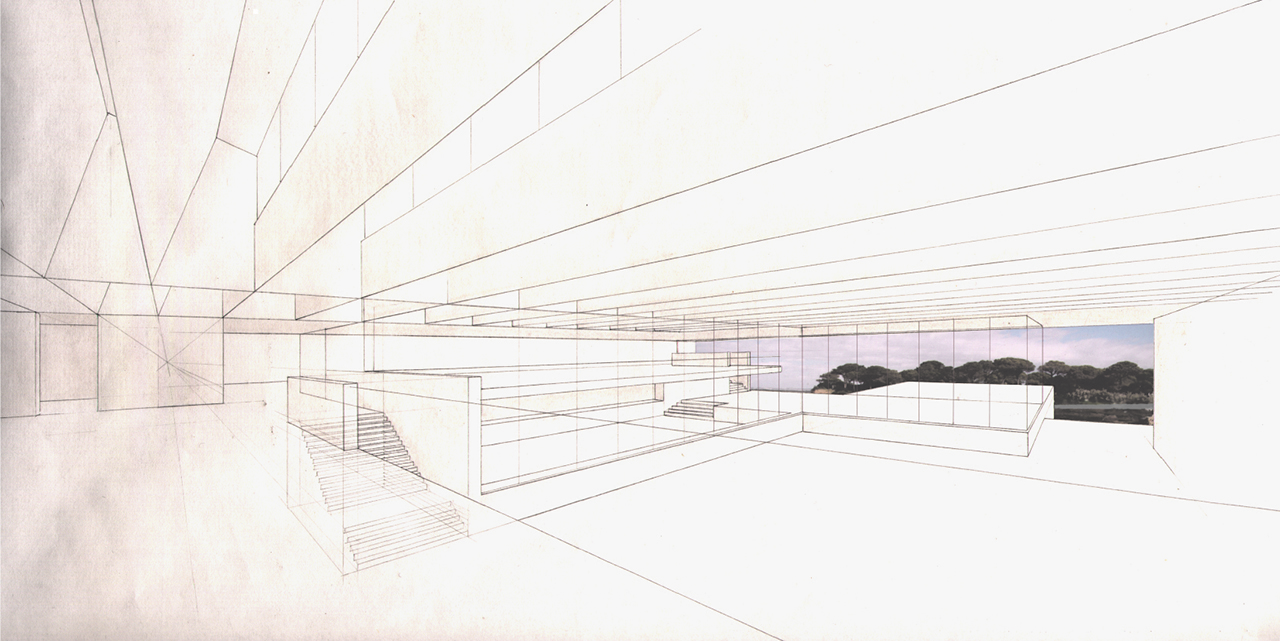 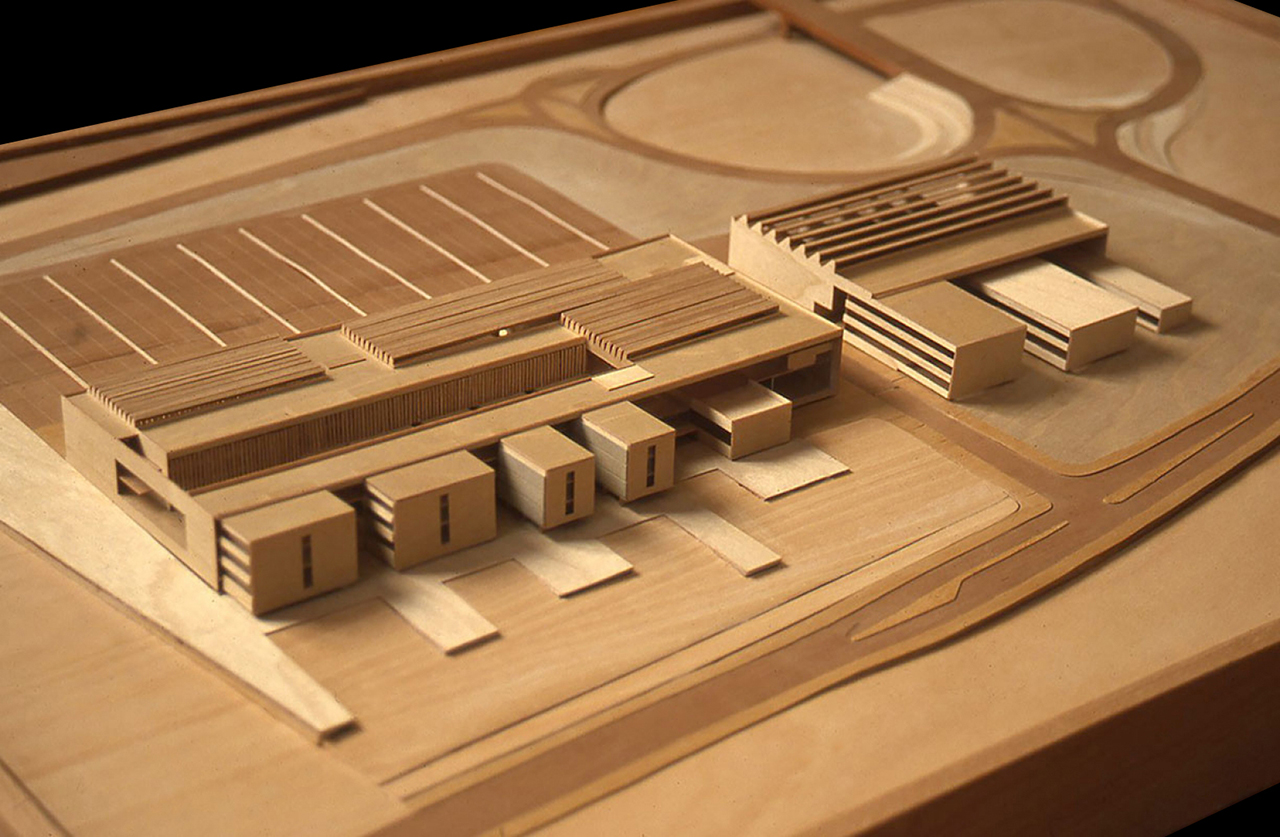 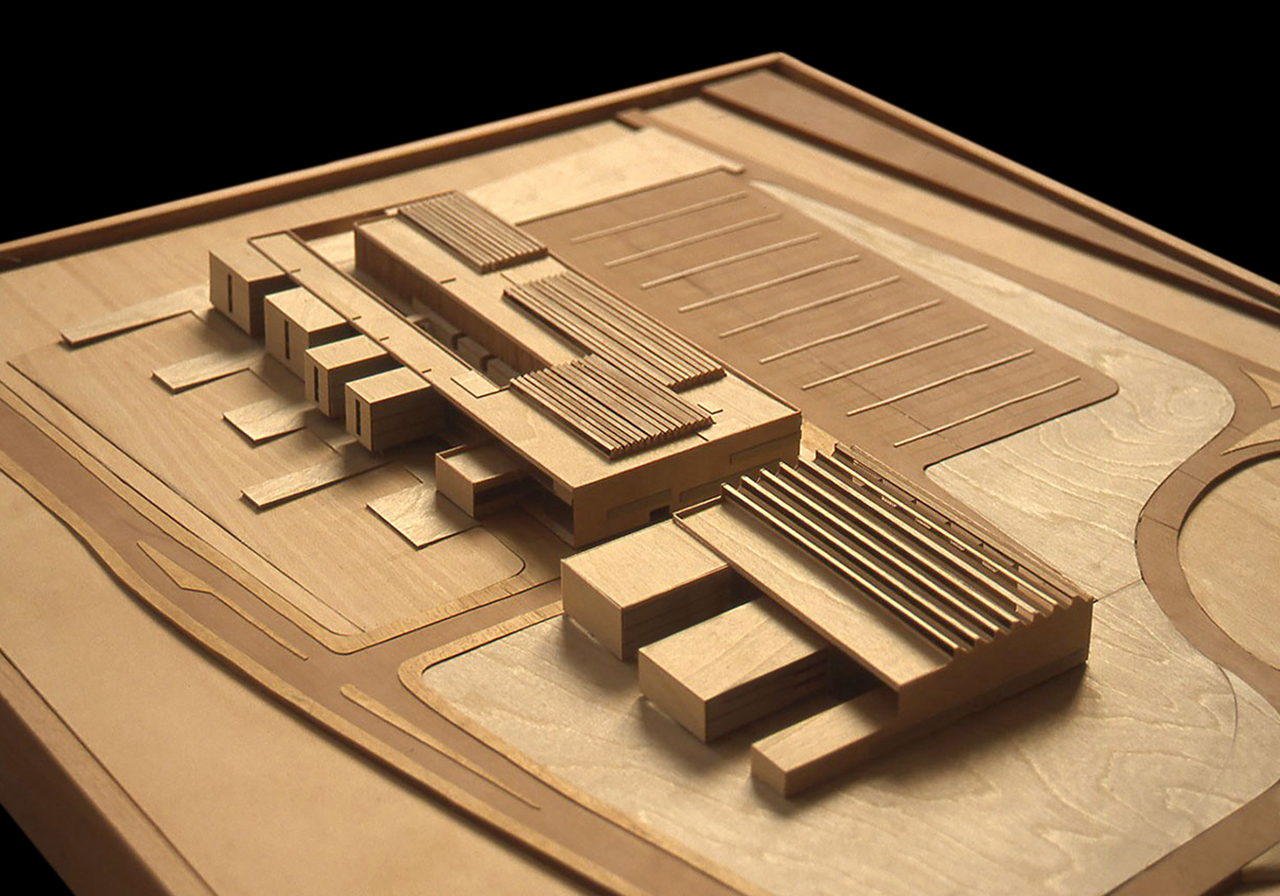 The new School of Engineering is projected in a stripe of terrain beside the road CA-442-2, a road that, close to Puerto Real, is parallel to N-IV road. A horizontal terrain, a salt marsh landscape, a memory of estuaries and salinas, ahead of a background of pine wood and shrubland where can be sensed the presence of San Pedro river and the Bay. The Natural Park of Bahía de Cádiz.
The competition rules advised to access the complex from a new road that in the future would go along the limits of the Park. However, we thought that the huge extension required for parking lot should be placed between the N-IV road and the School, allowing to take the building far from the noise of the motorway and, at the same time, to leave in its natural state the terrains close to the park.
The access to the parking area would be done through a new street with wide sidewalks, designed between the two required buildings (School and Building of workshops and laboratories), in direction to Puerto Real, leaving the Park behind. And the main accesses to the complex would be in its southeast facade. That accesses would be characterized by a ramp and a stairway, protected against the easrterly wind by a wall. Once inside, the large windows and holes in the opposite facade send us back to the landscape of the Natural Park.
The facade towards the motorway is plane, clean, opaque, protecting the building from the noise of cars. To the northwest, the building is fragmented, opened to the landscape, offering views over the Park and the Bay from its higher levels. The different areas (laboratories, main lecture theatre, offices for teachers and departments) grow according to their needs, shaping patios opened to the West.
Inside the School, the different required areas and spaces have been arranged with the aim of an easier identification. The versatility of uses, the creation of clear circulations for users and visitors and accessibility have been the imperative objectives of the project.
>>En español