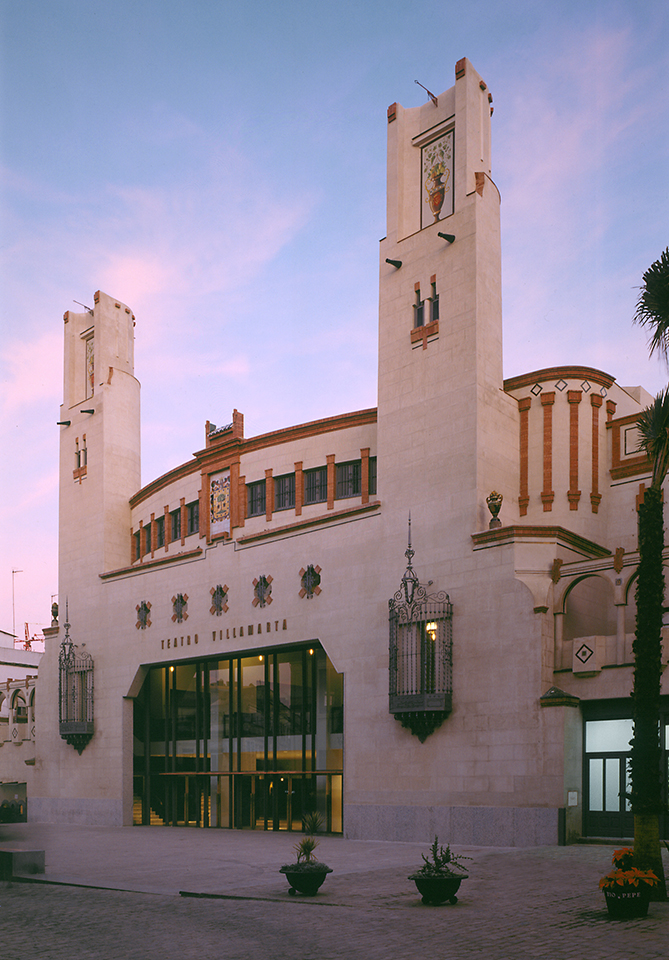 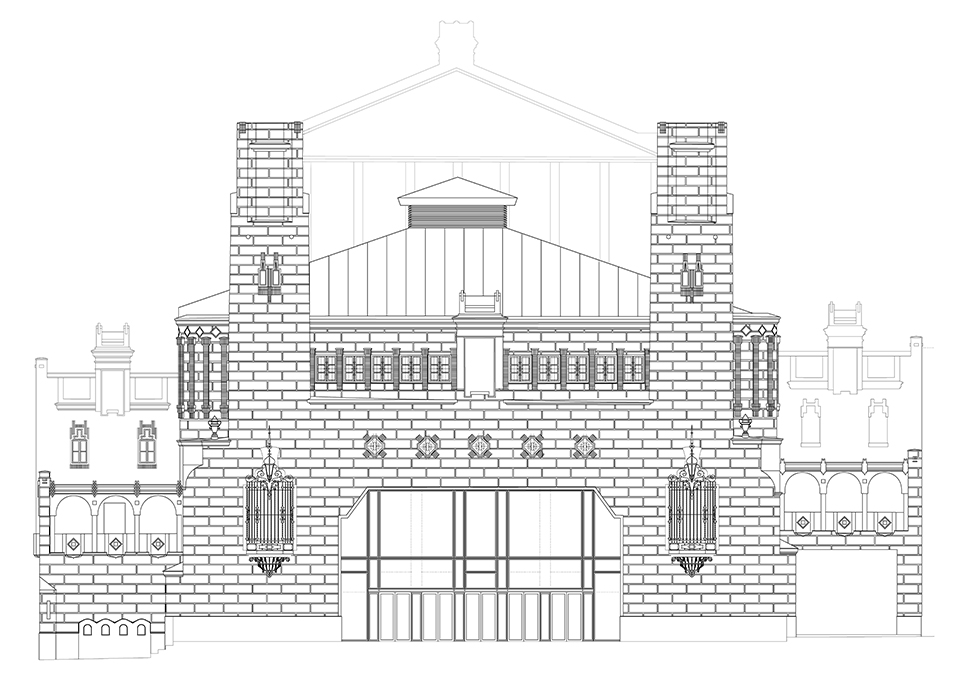 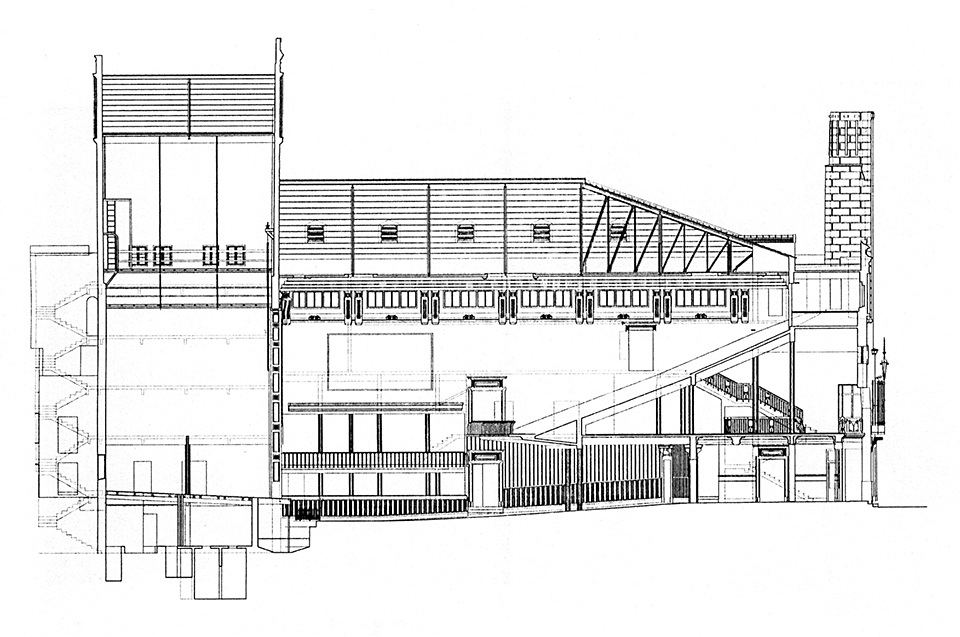 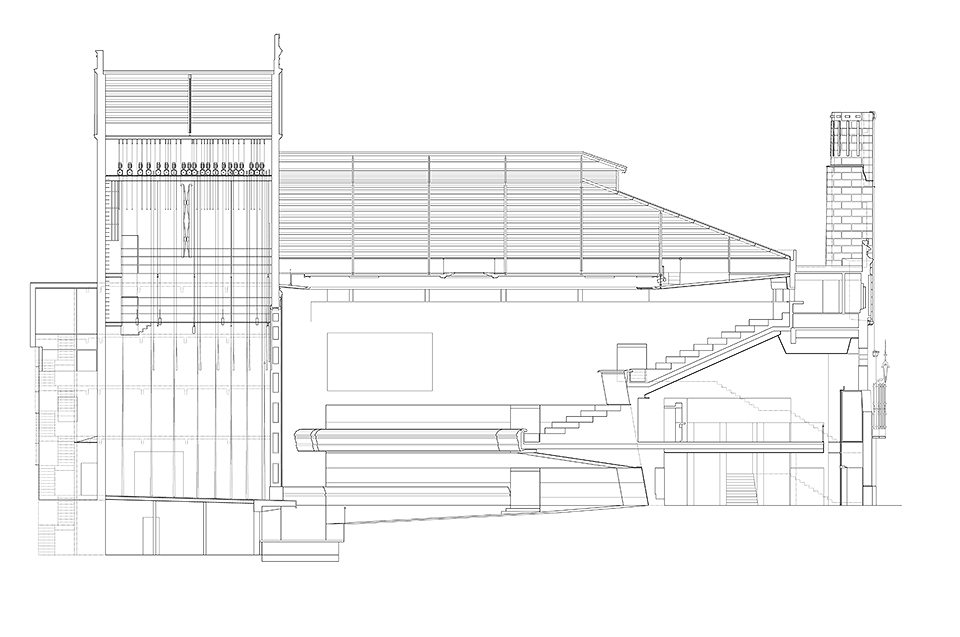 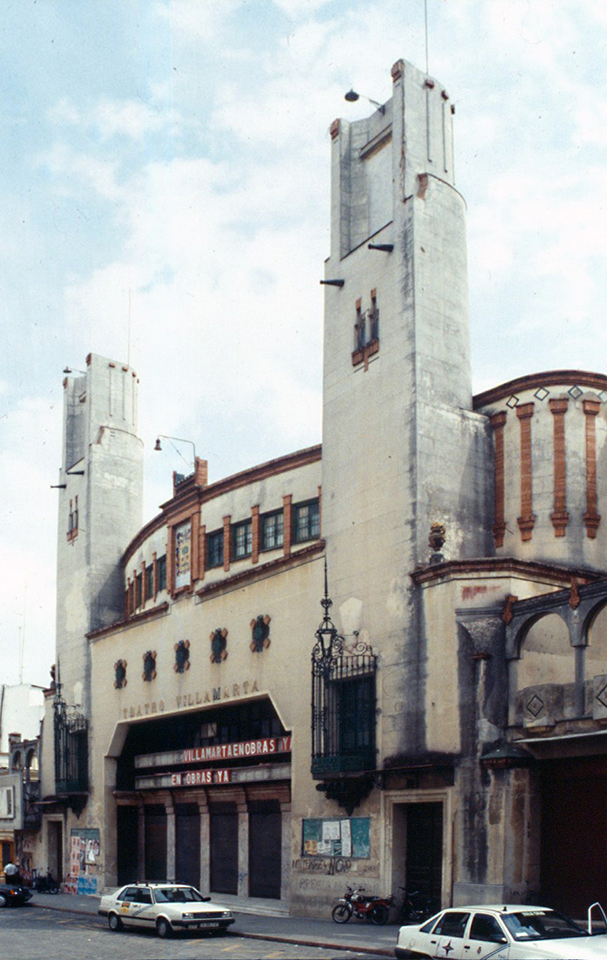 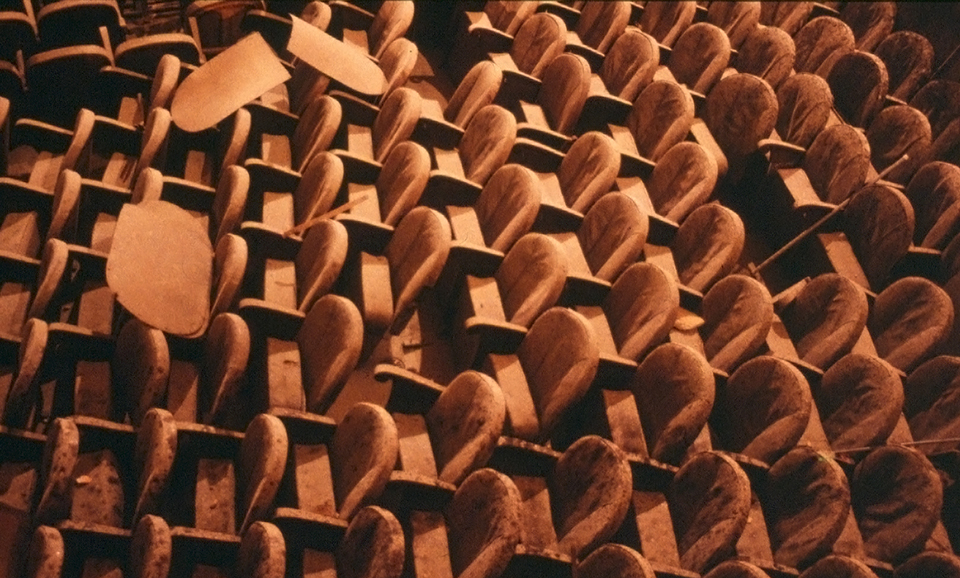 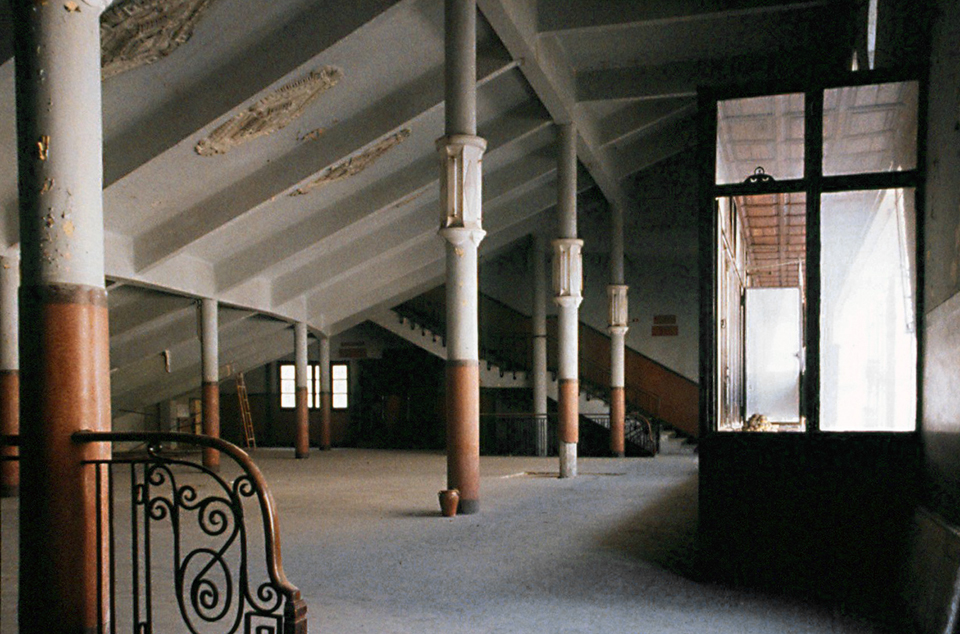 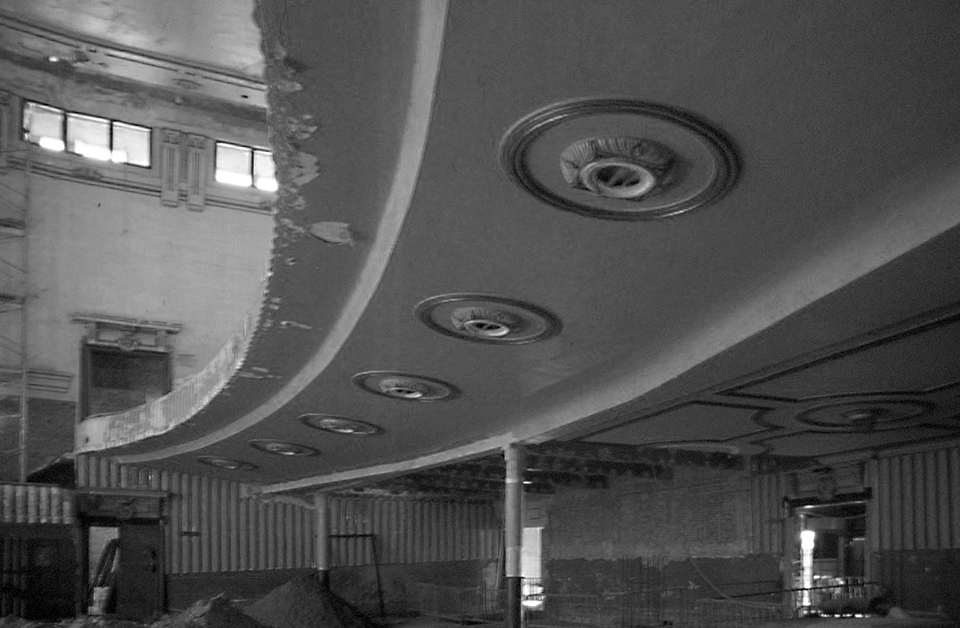 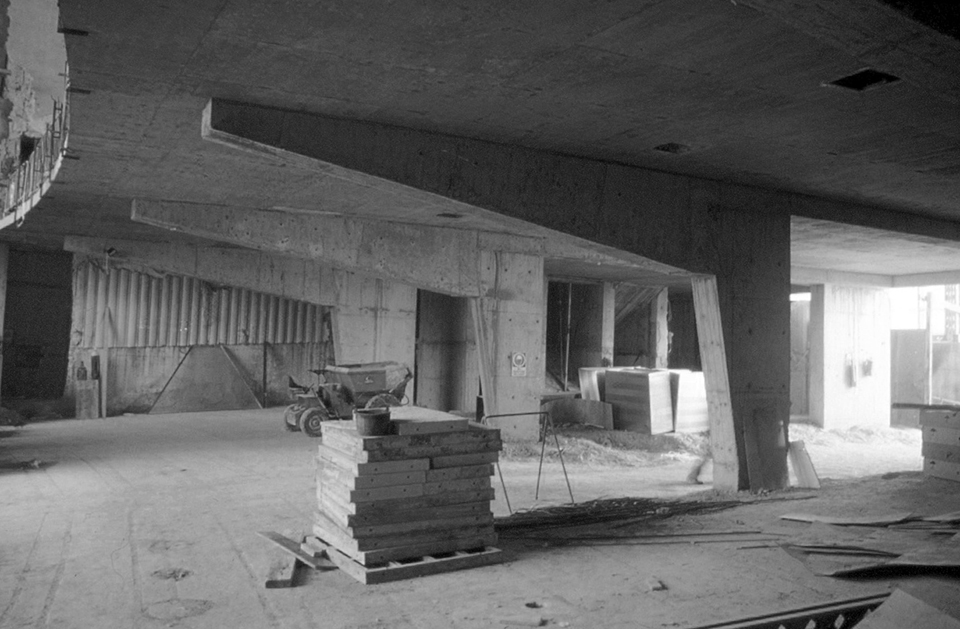 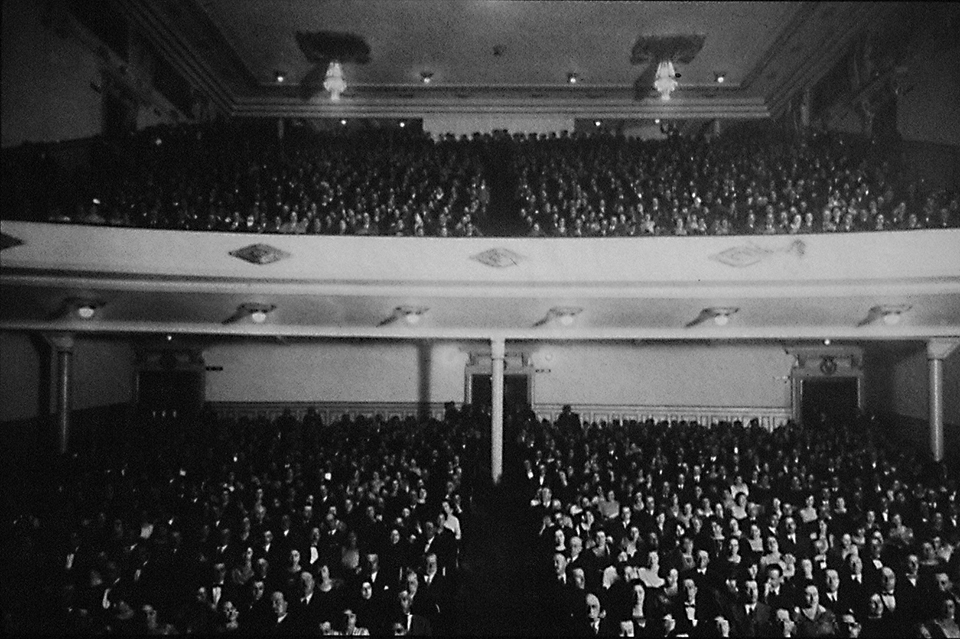 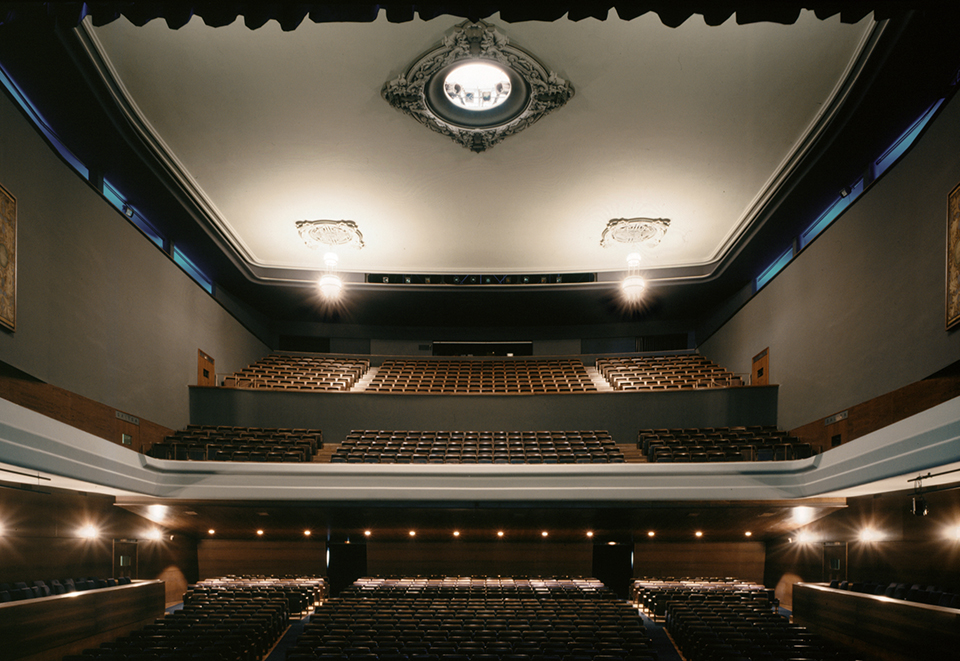 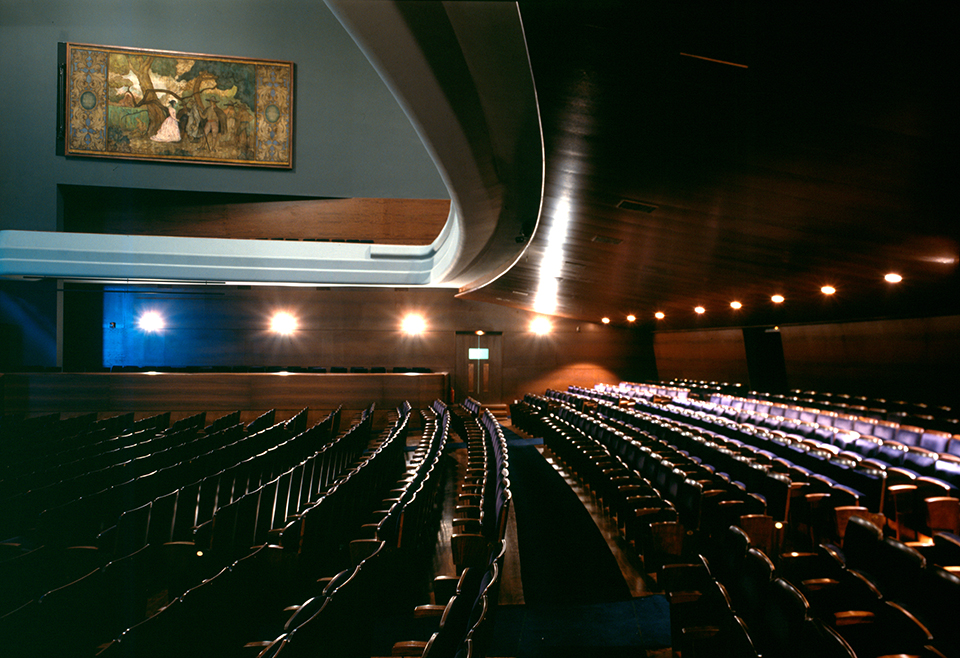 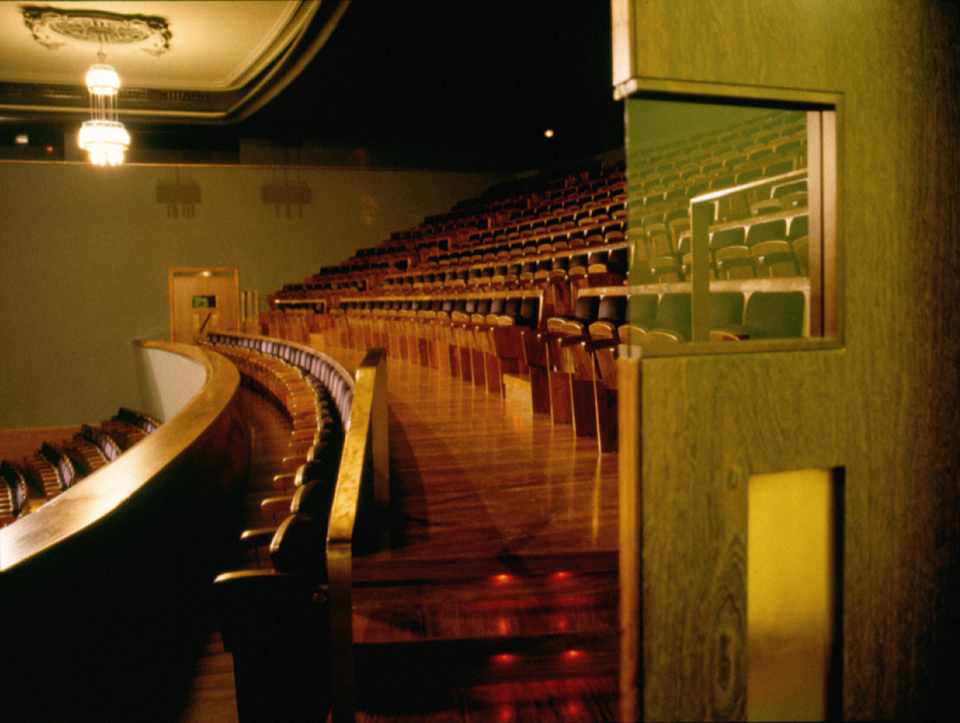 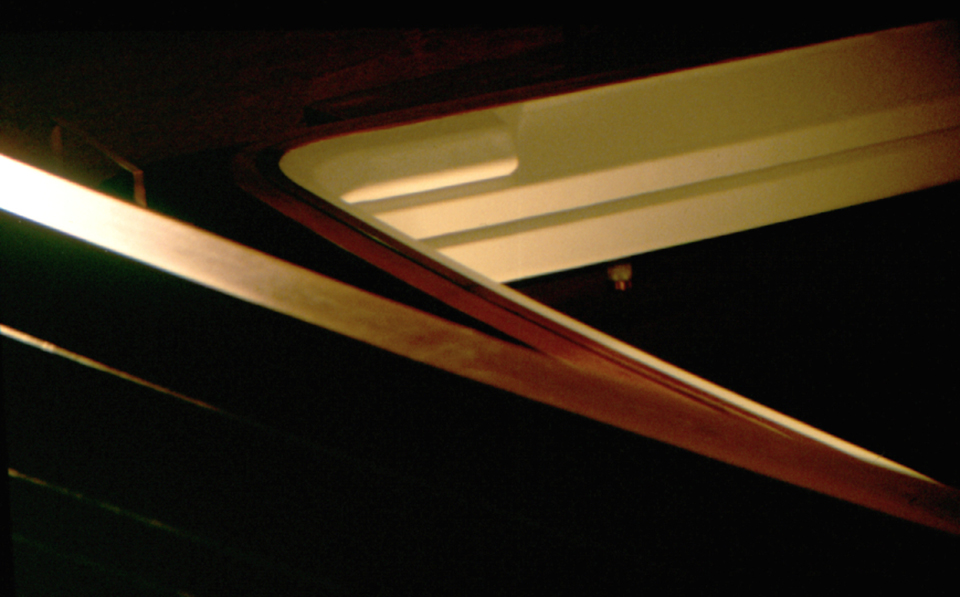 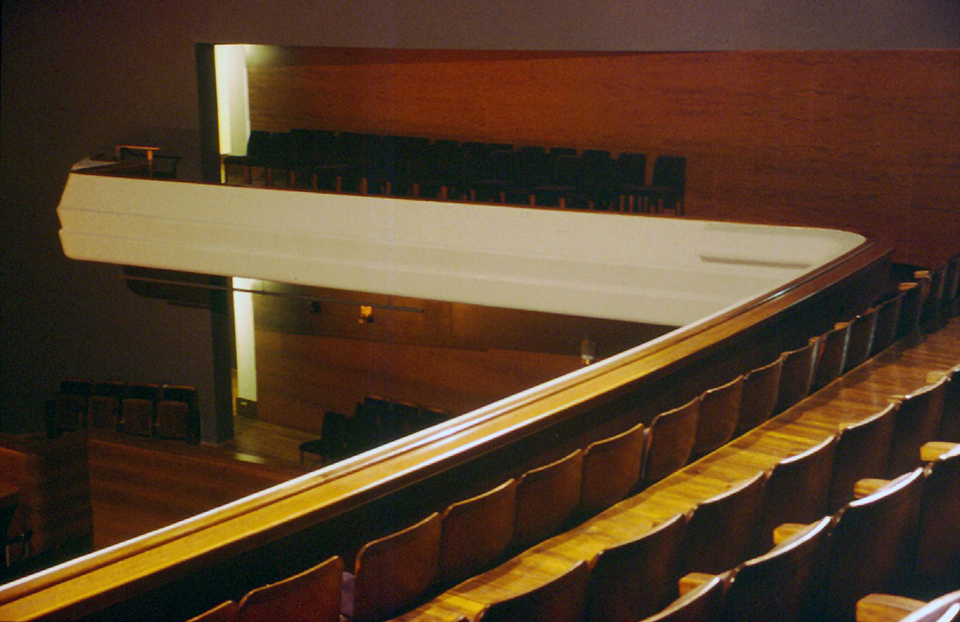 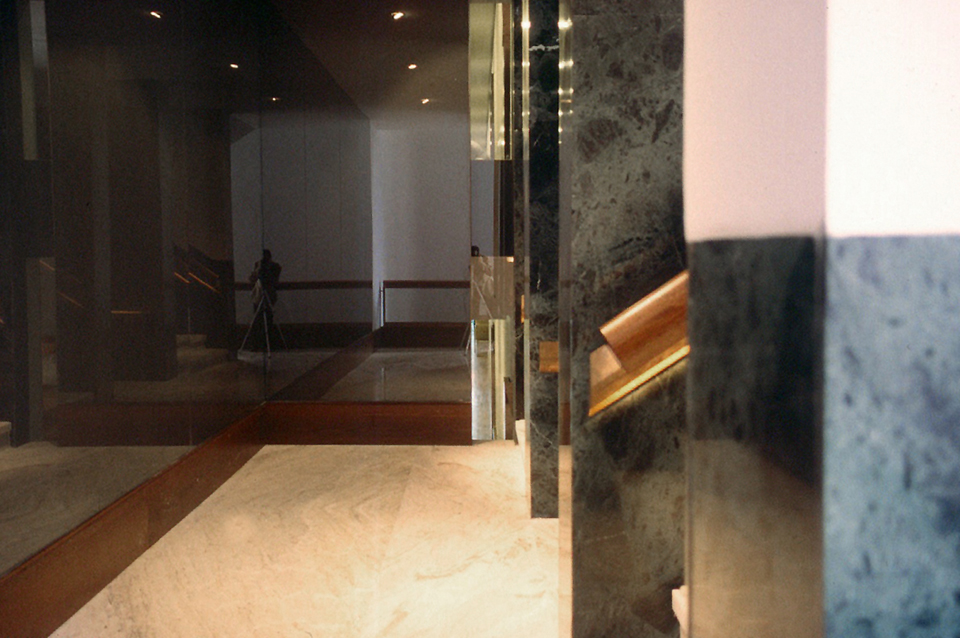 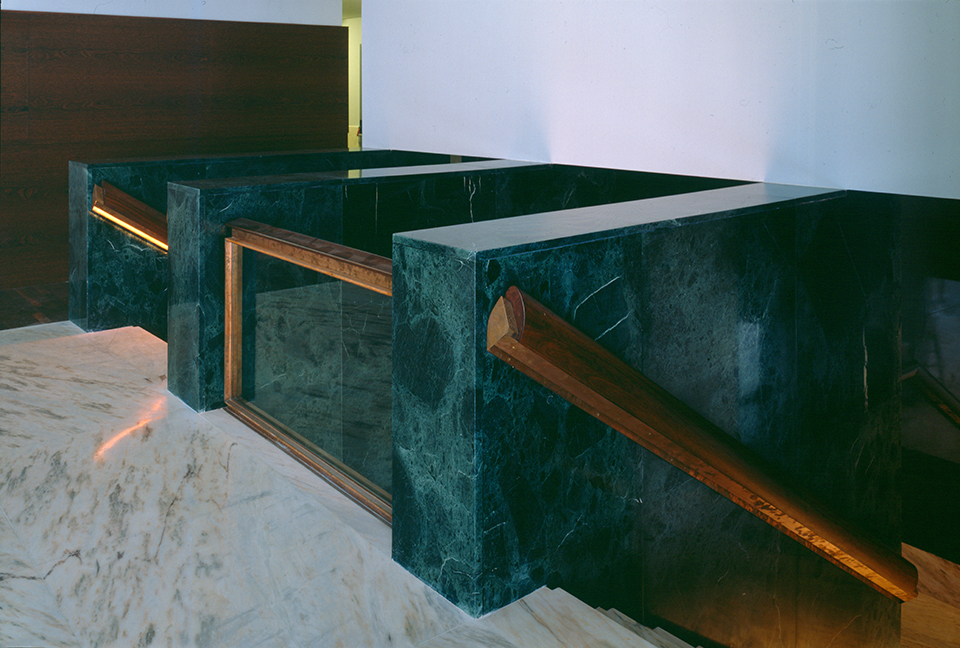 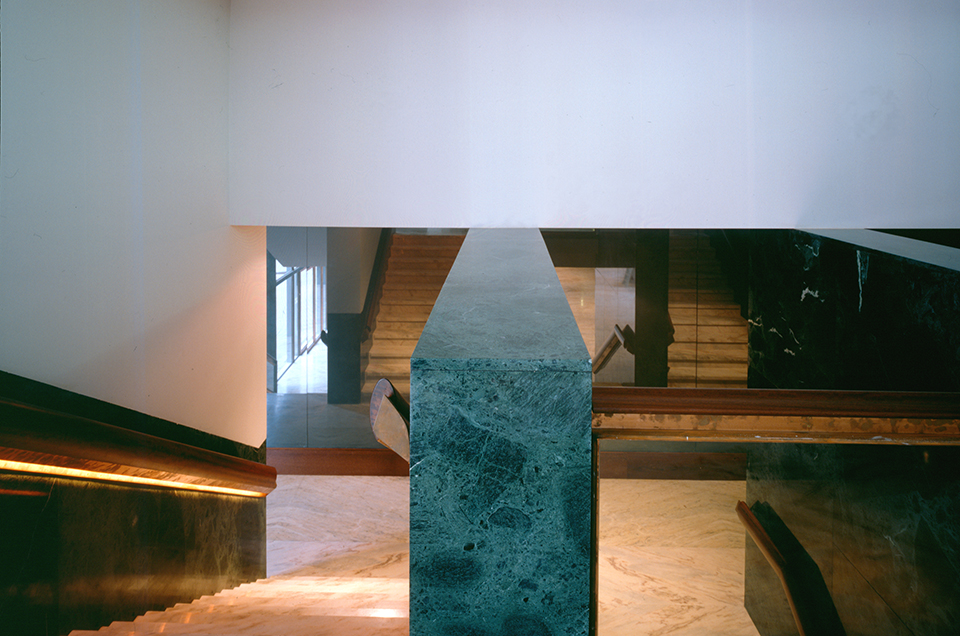 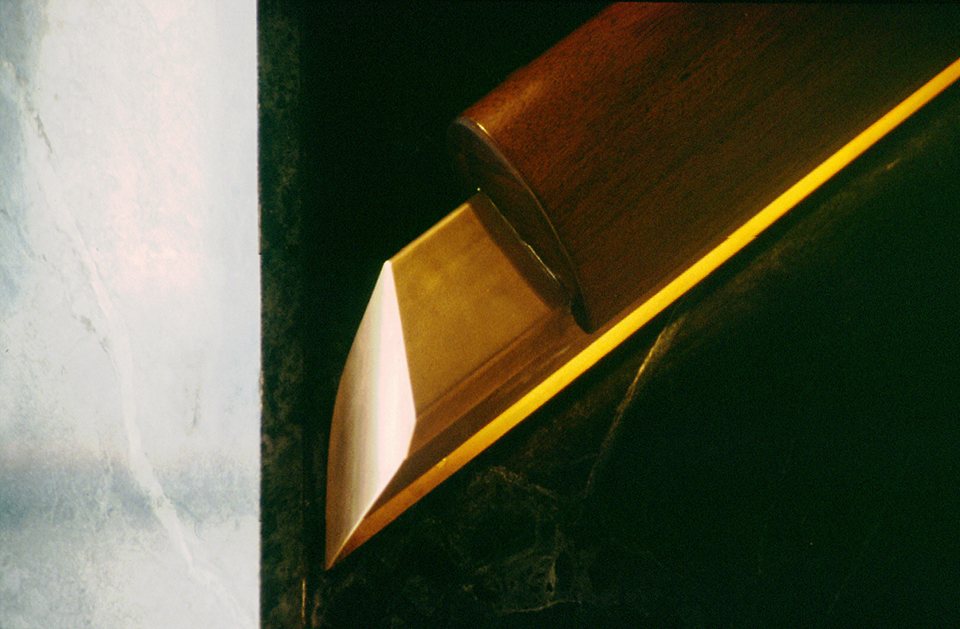 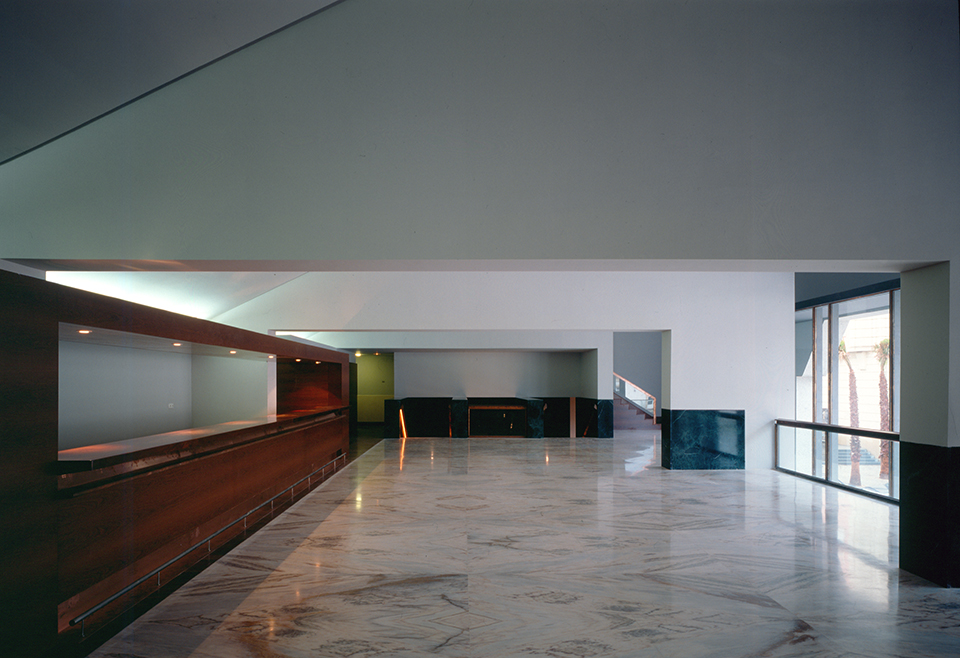 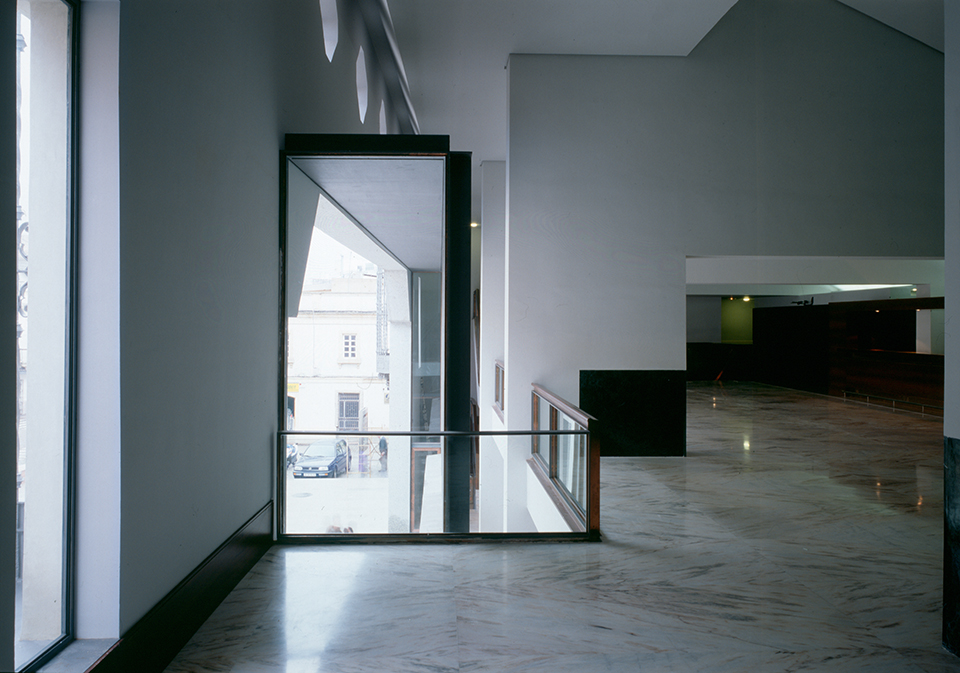 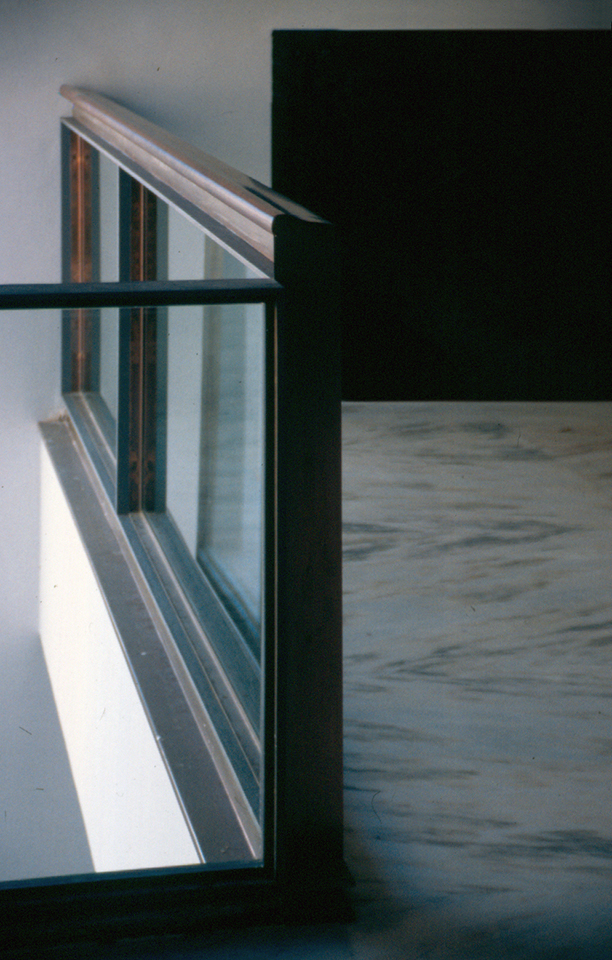 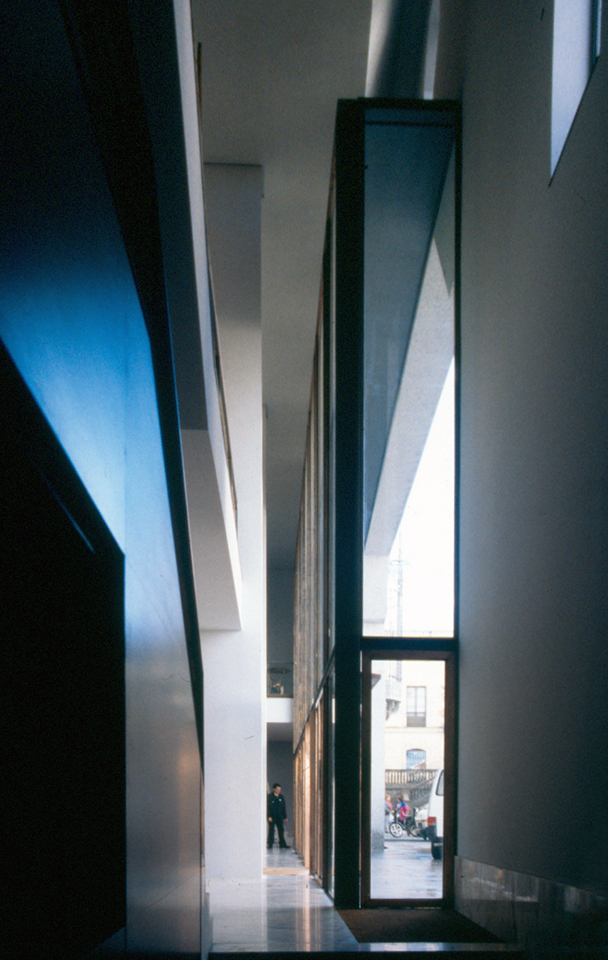 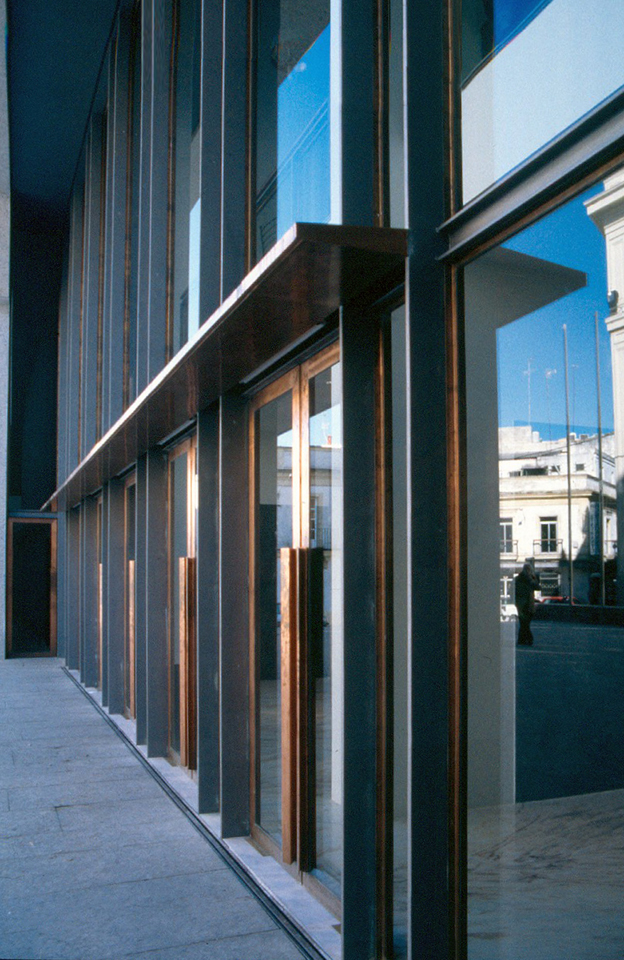 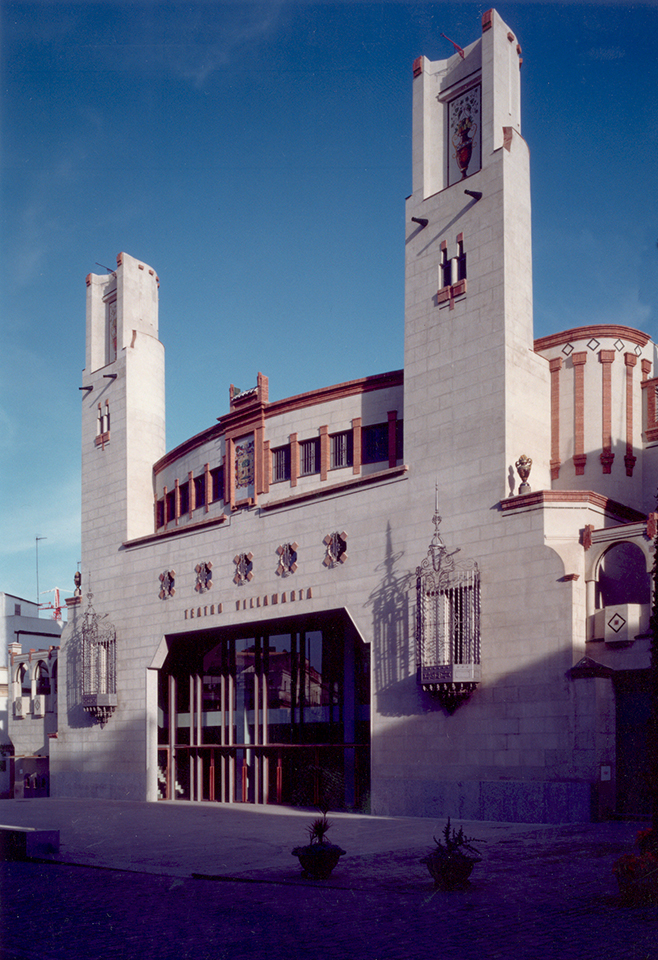 The Villamarta theatre was designed by Teodoro Anasagasti (1880-1938) in 1926 and built in 1927-1928. It was opened, sometimes for variety shows, many times as a cinema, until 1986, when it was permanently closed.
The auditorium presented many problems in matters of accessibility, security, acoustic or visibility in addition to the stale segregation of public, even with different relationship areas, the poorly equipped stage or the precarious dressing rooms and support areas, the obsolete facilities… In 1992, a first group of inspection works proved that, moreover, there were serious structural problems (this theatre was one of the first reinforced concrete works in Andalusia).
All these questions made advisable to start the refurbishment from the demolition of its inside. In this way, the new elements as box seats, amphitheatre, hall, foyer or stairs are in relation with the facades, the side modules or the original roof framing.
The design of the old amphitheatre produced various deficiencies: the great cantilever over the stalls made acoustic worse; the mandatory pillars blocked visibility from some seats and the excessive capacity resulted in problems of access or evacuation.
The new auditorium design, in order to resolve these questions, includes smaller stalls, wrapped up by side stalls and an amphitheatre with two sectors, the main sector, that is extended to the box seats and an upper level or amphiteatre in the strict sense.
There have been restored and conserved, contributing to the maintenance the theatre identity, the proscenium arch, its noble coats of arms, the genre paintings and the ceiling. This last element has been reduced to the sphere of the stalls, once its rosettes and lamps has been gathered, and is framed by a new cornice that houses the air conditioner diffusers and stage lighting. The foyer is placed under the amphitheatre, emphasizing the tilted plane that conforms it, and under the foyer, on the ground floor, the lobby. Both the lobby and the foyer have a strong presence through the big glass surface in Romero Martínez square, also refurbished.
>>En español
>>PDF