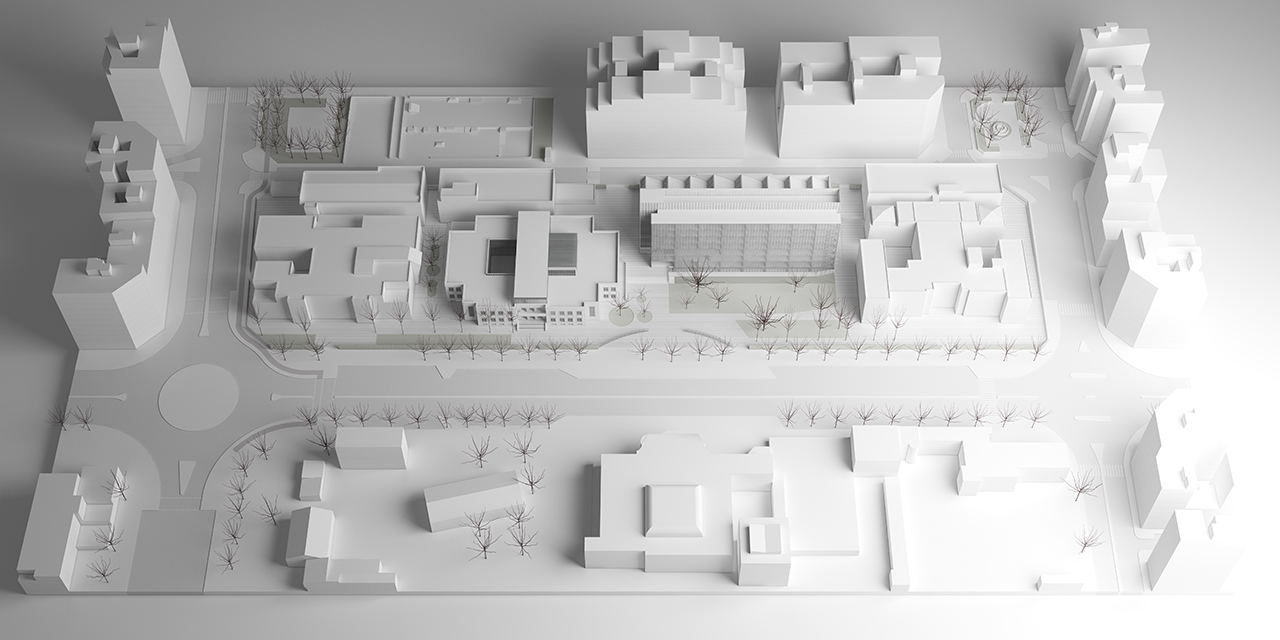 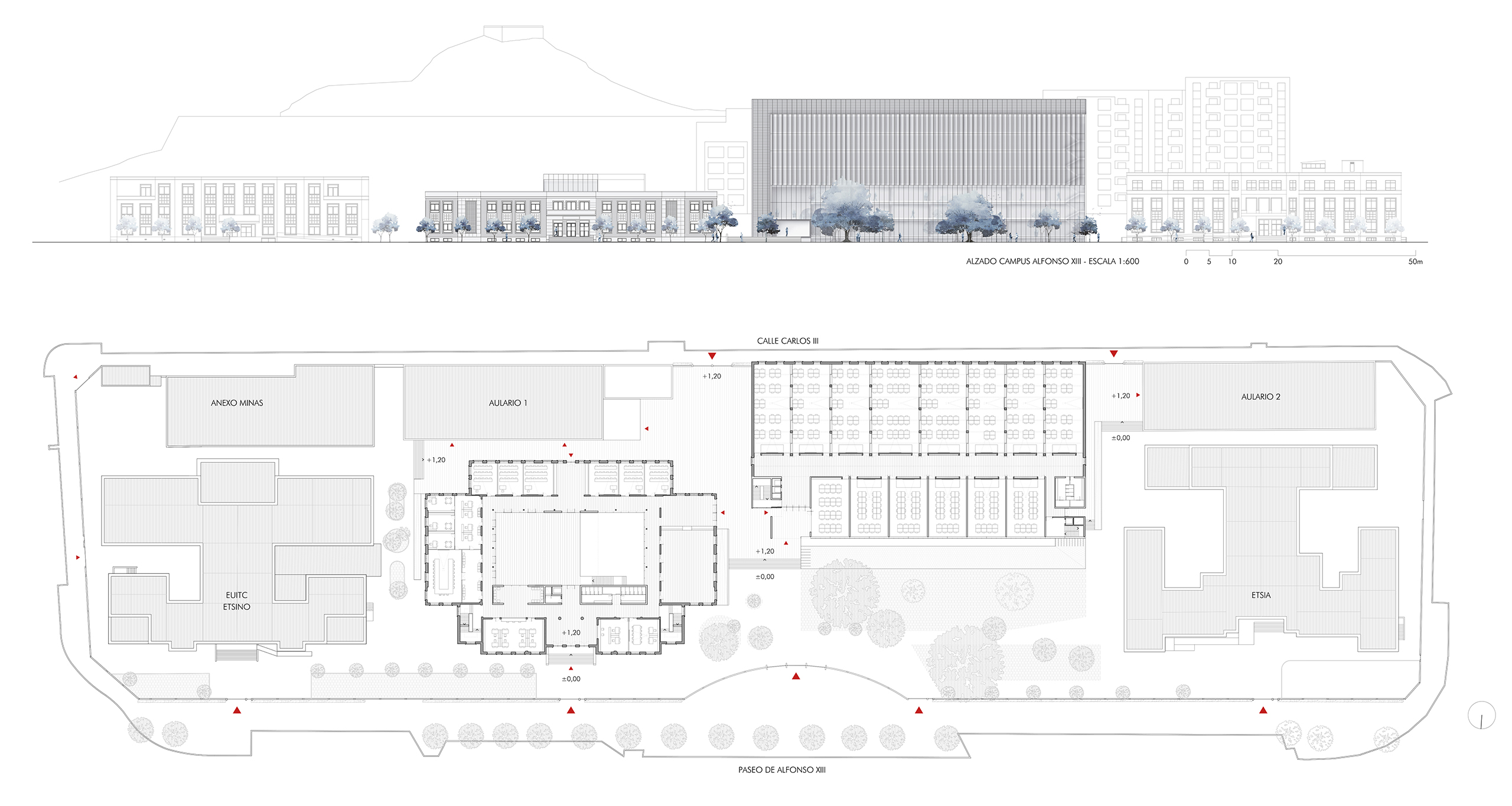 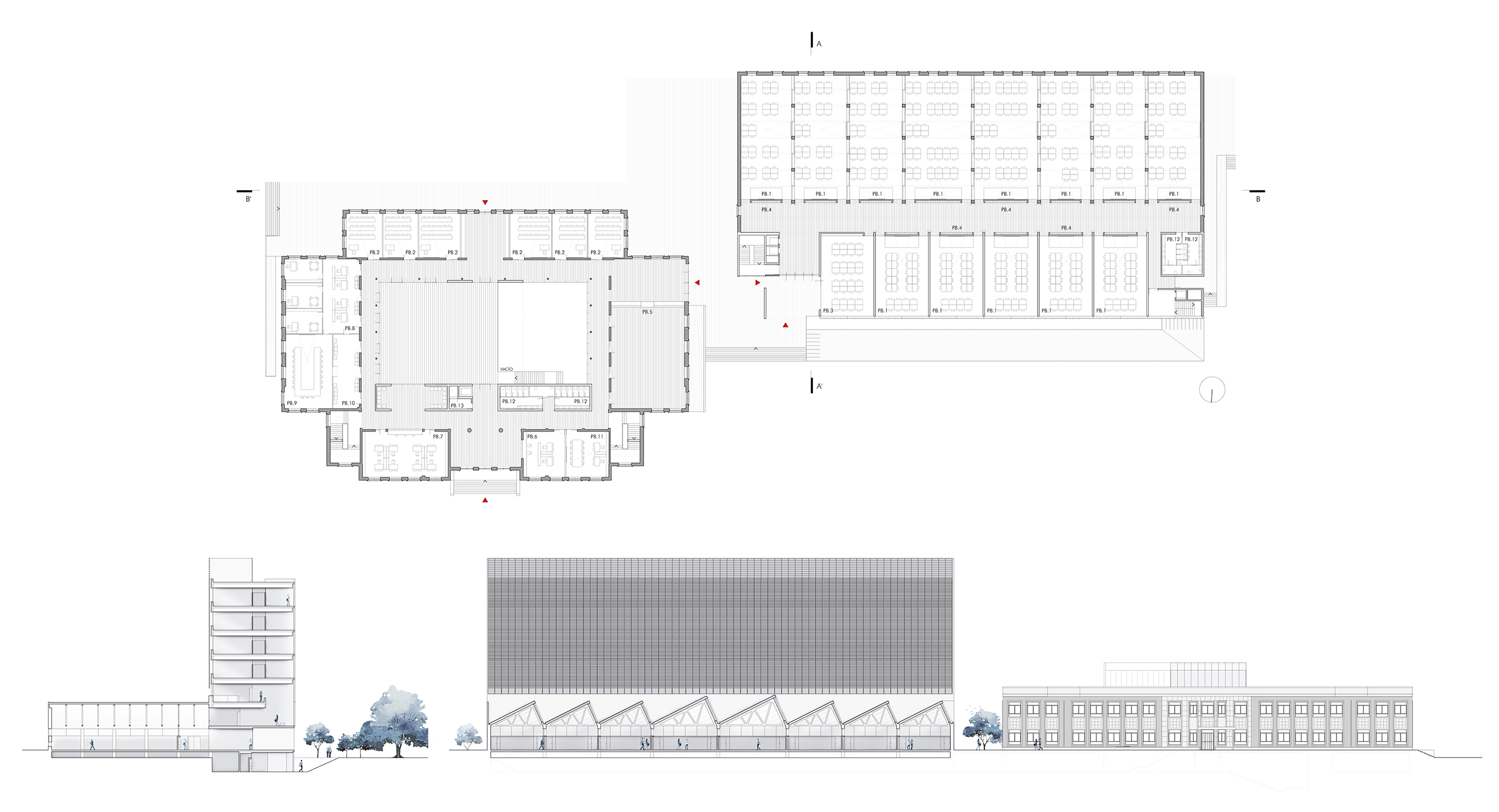 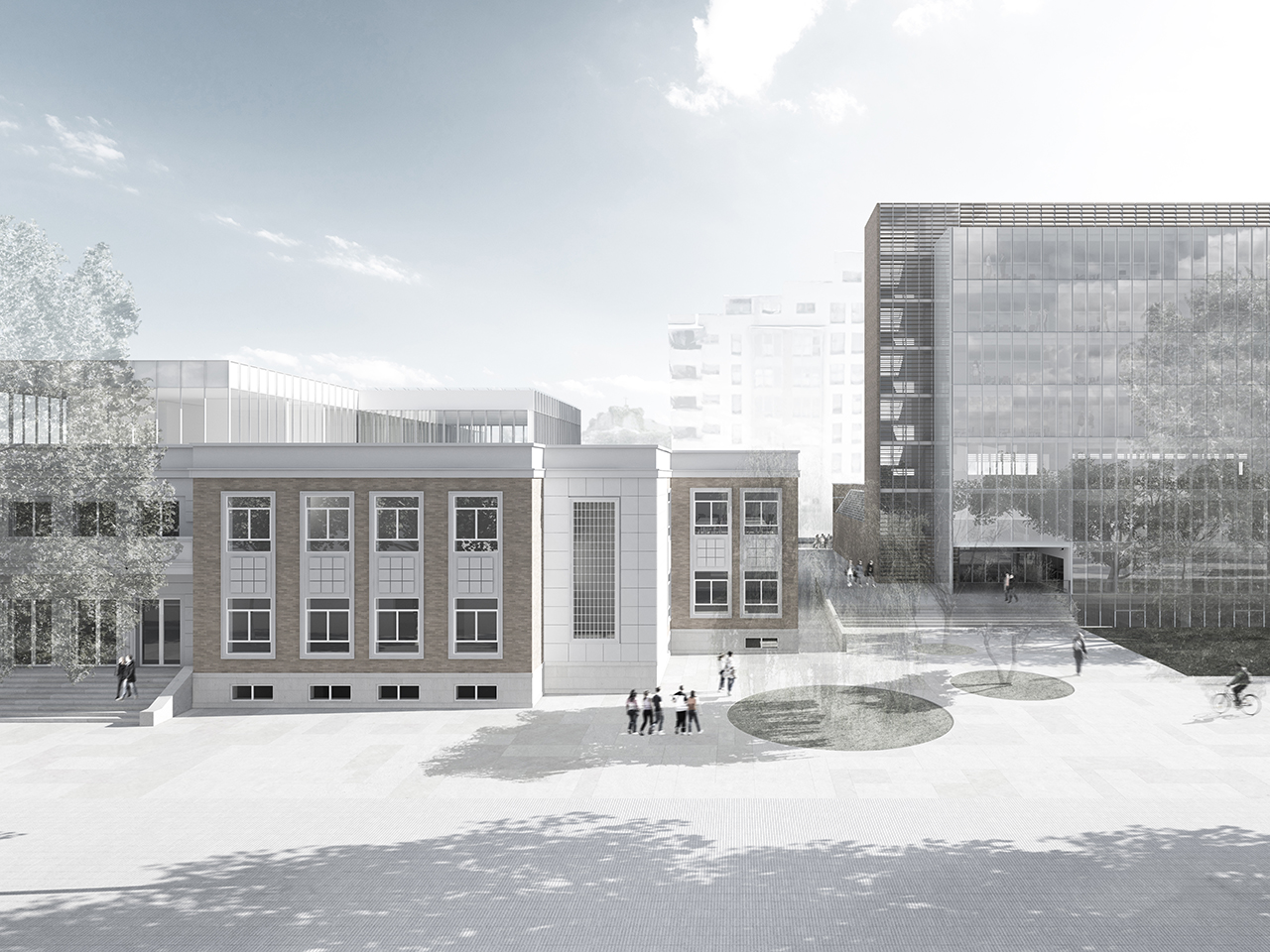 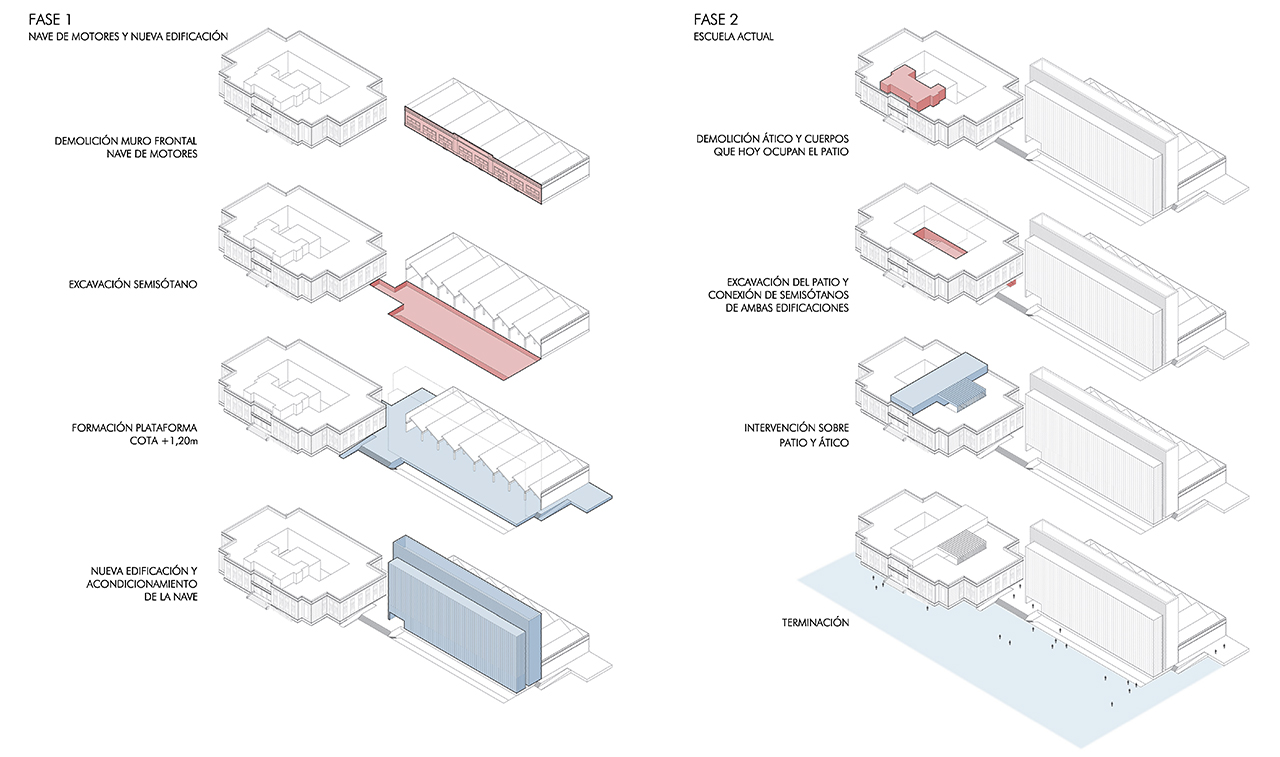 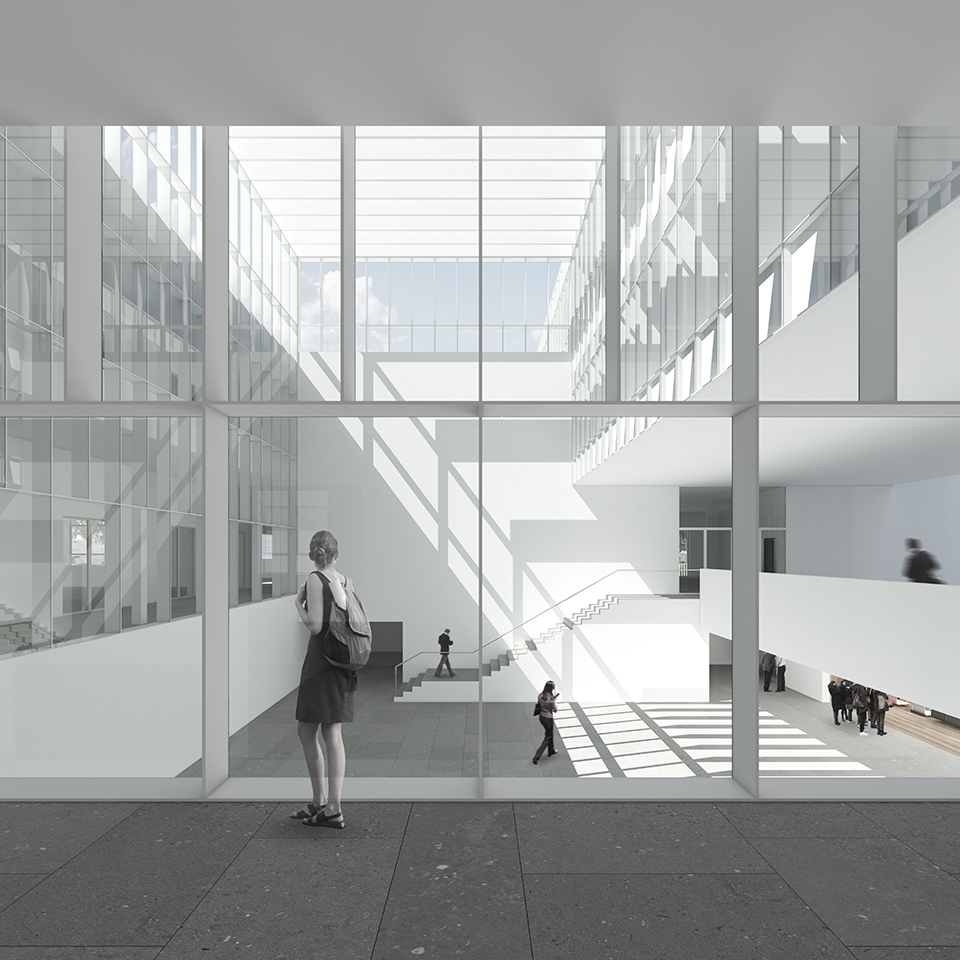 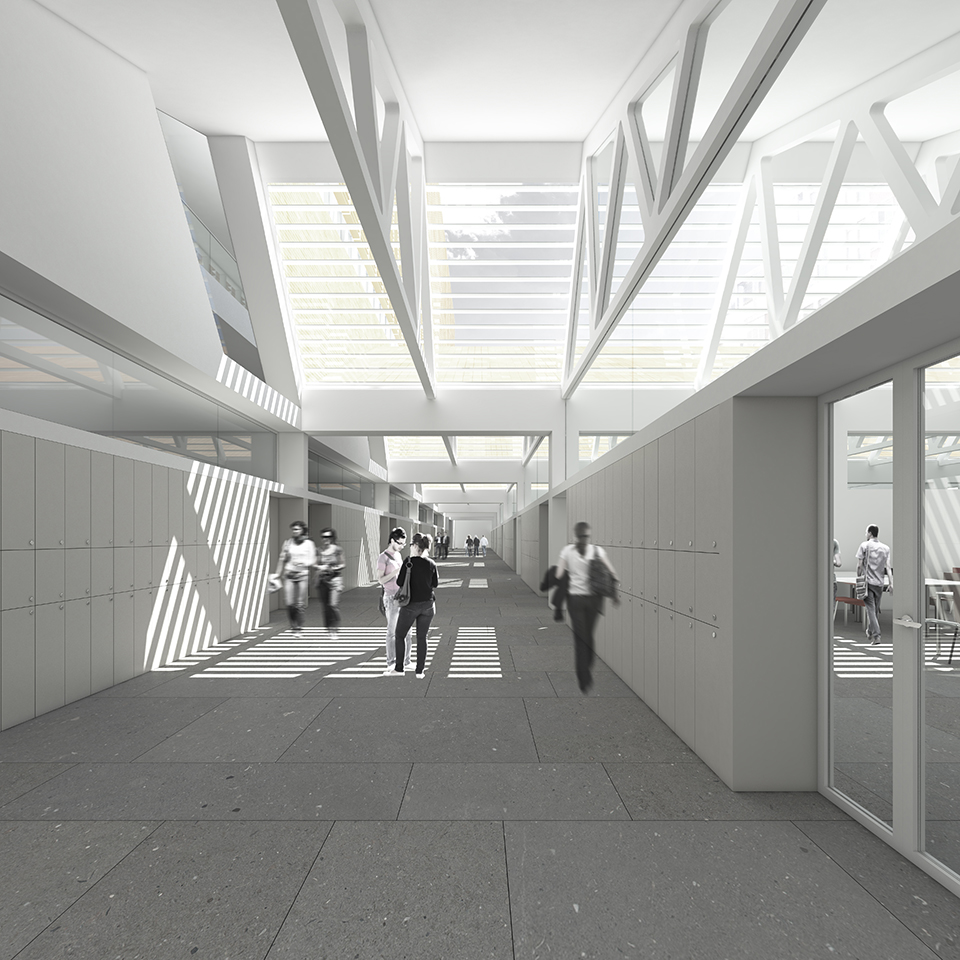 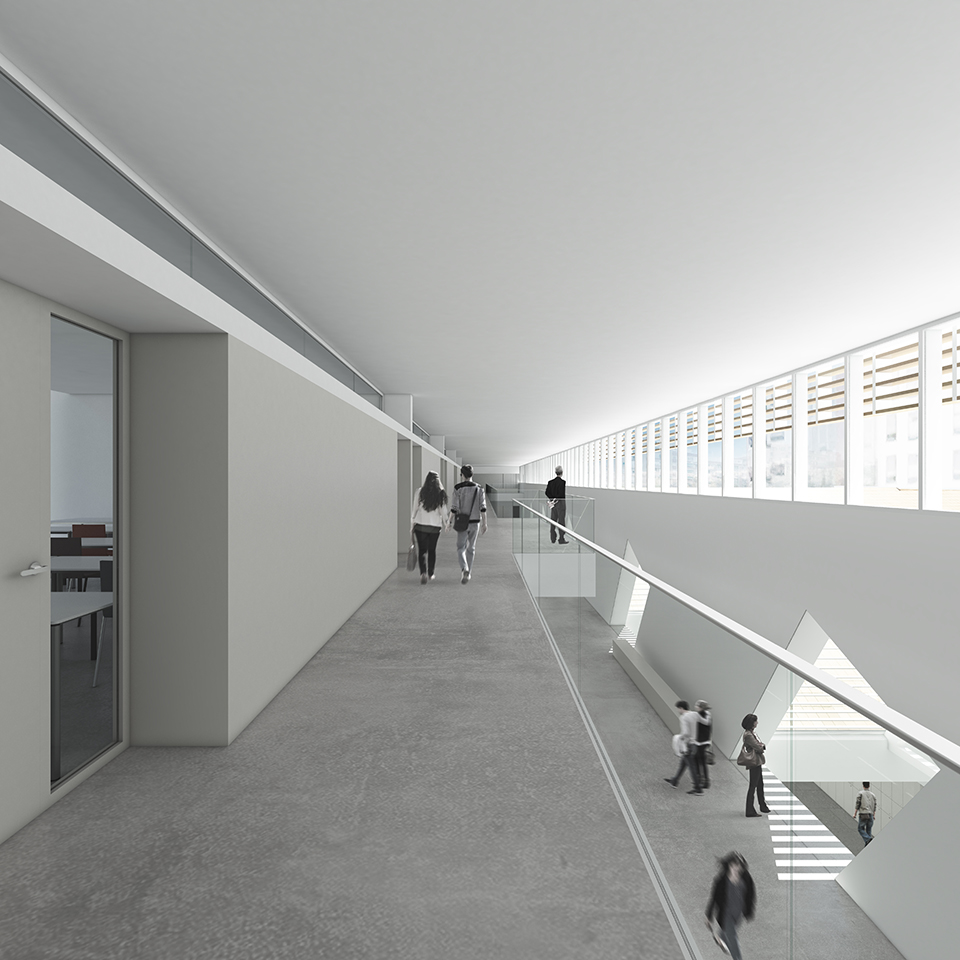 The competition looked for proposals for the refurbishment and extension of the Technical School of Architecture and Construction in Cartagena. The extension was expected towards the central area of the campus, with the possibility of reusing the Nave de motores, an adjacent building with certain patrimonial value and partially in use.
Our project tried to reuse and put in value both buildings. The main building, current seat of the school would mainly allocate to host General Services, the Assembly hall, offices and labs of the departments of Applied Physics and Applied Mathematics and Statistics, among Master and Doctorate classrooms.
The drawing classrooms, due to its area and light requirements, would be placed in the Nave de motores. And joint to that, the new building would be occupied by classrooms, workshops and offices of the bigger department, the Department of Architecture and Construction Technology.
The layout into the campus gives a new and representative façade to the central square while respects the older trees.
With the intention of ensure the normal activity of the school during the works, our proposal could be realized in two phases.
In the first one, it would be made the semi-basement floor of the new building, the refurbishment of the Nave de motores, including the demolition of its main façade and rising up the floor level to the same height of the main building and access from the rear street, Carlos III. Then, the new building could be completed. During that phase, the current seat and the available teaching blocks in the campus would ensure the normal development of teaching and research.
In a second phase, the Nave de motores and the new building could be in use while the works start in the current seat. First of all it would be demolished the top floor and the construction inside the patio. After that, the digging would allow the construction of the assembly hall in the semi-basement floor and the conection with the new building at that level. Finally, a new built wing of departamental offices would cross the patio at first and top floors. In that way, the patio will remain divided in two areas, visually connected at ground level, an open patio above the assembly hall and a covered one that starting from the semi-basement could be a multipurpose space and the foyer of the assembly hall.