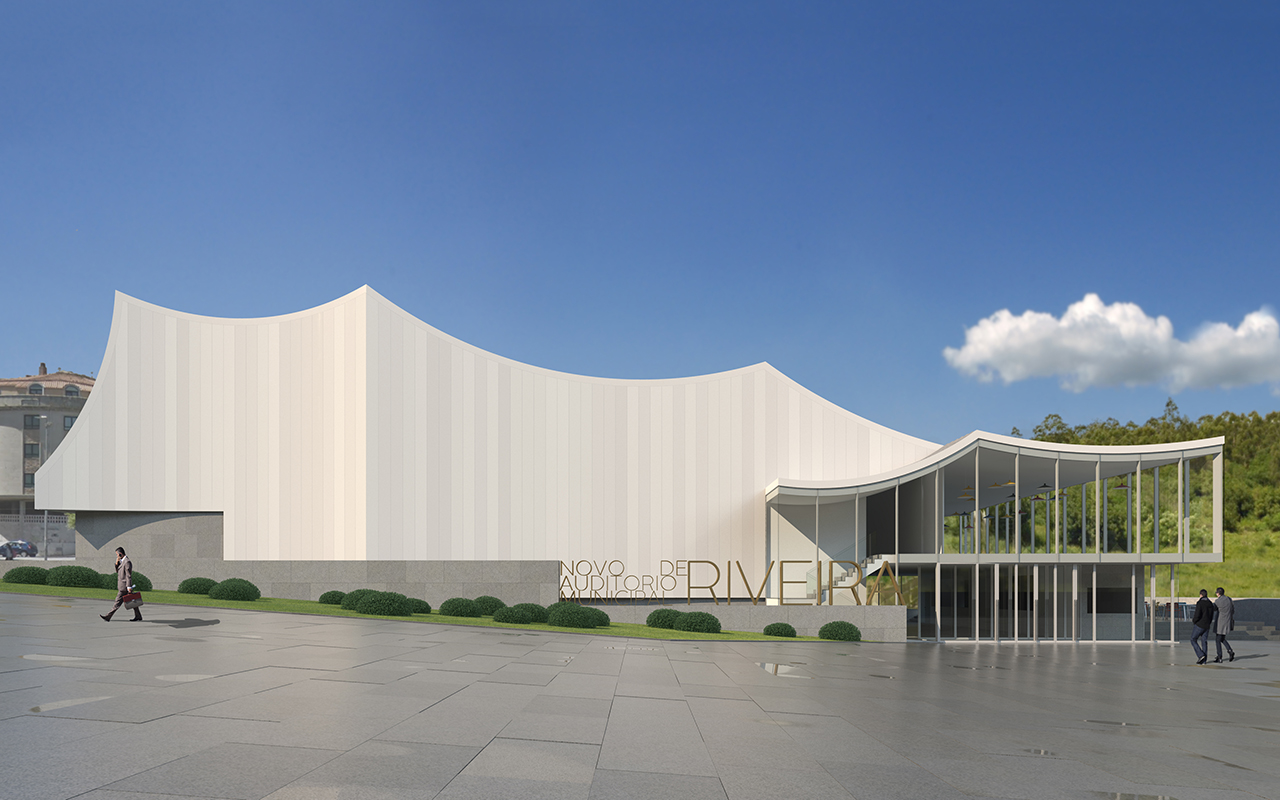 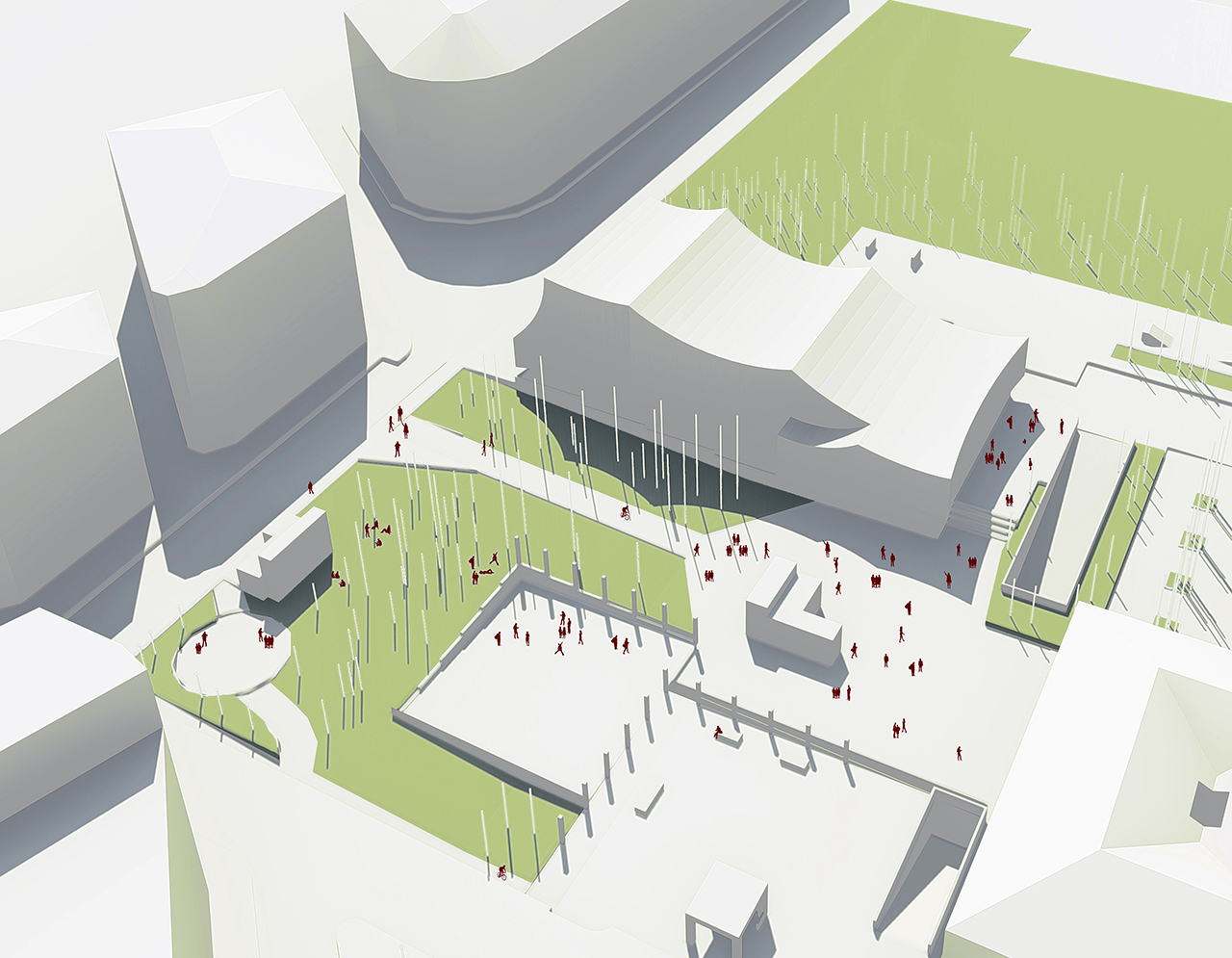 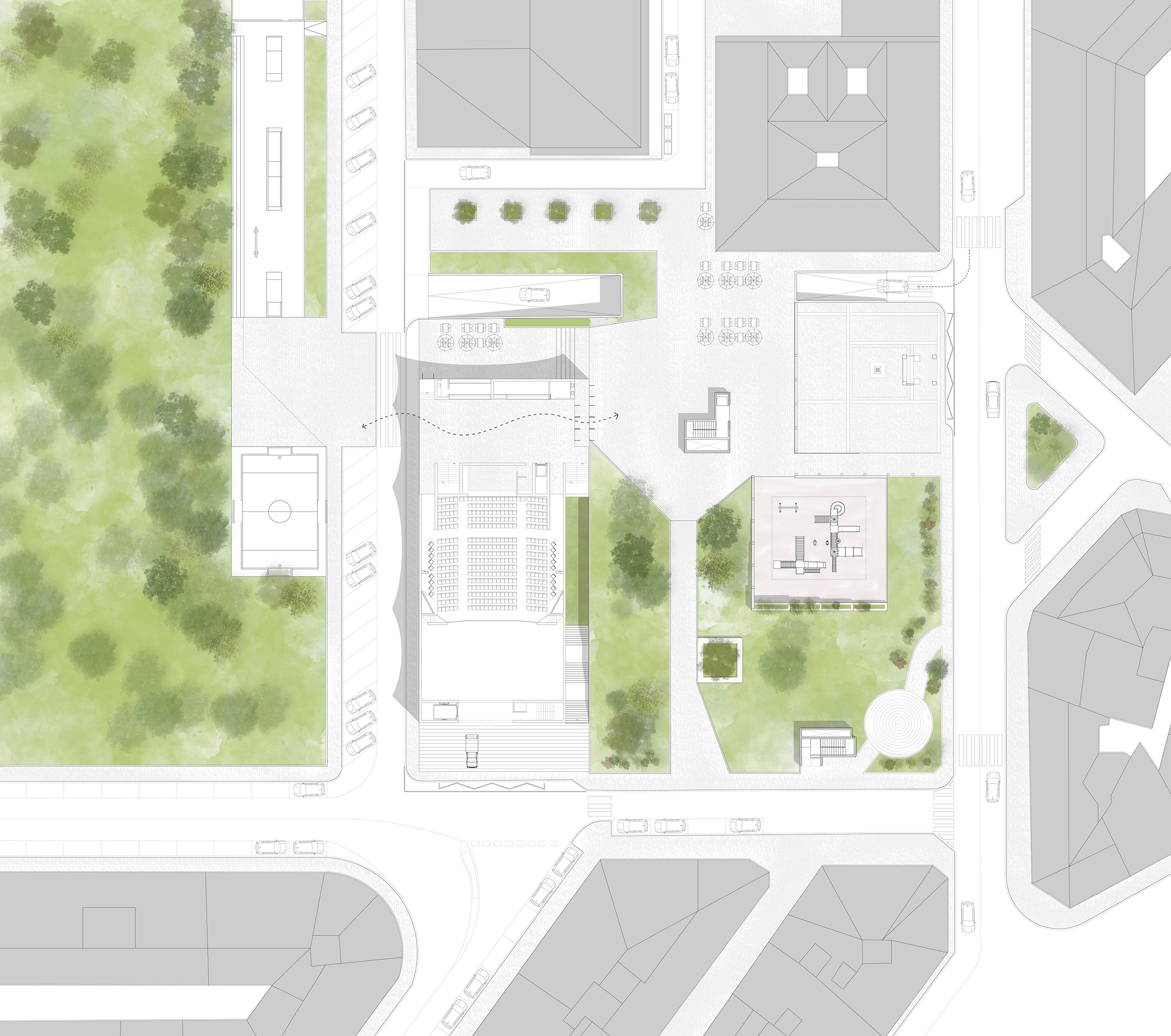 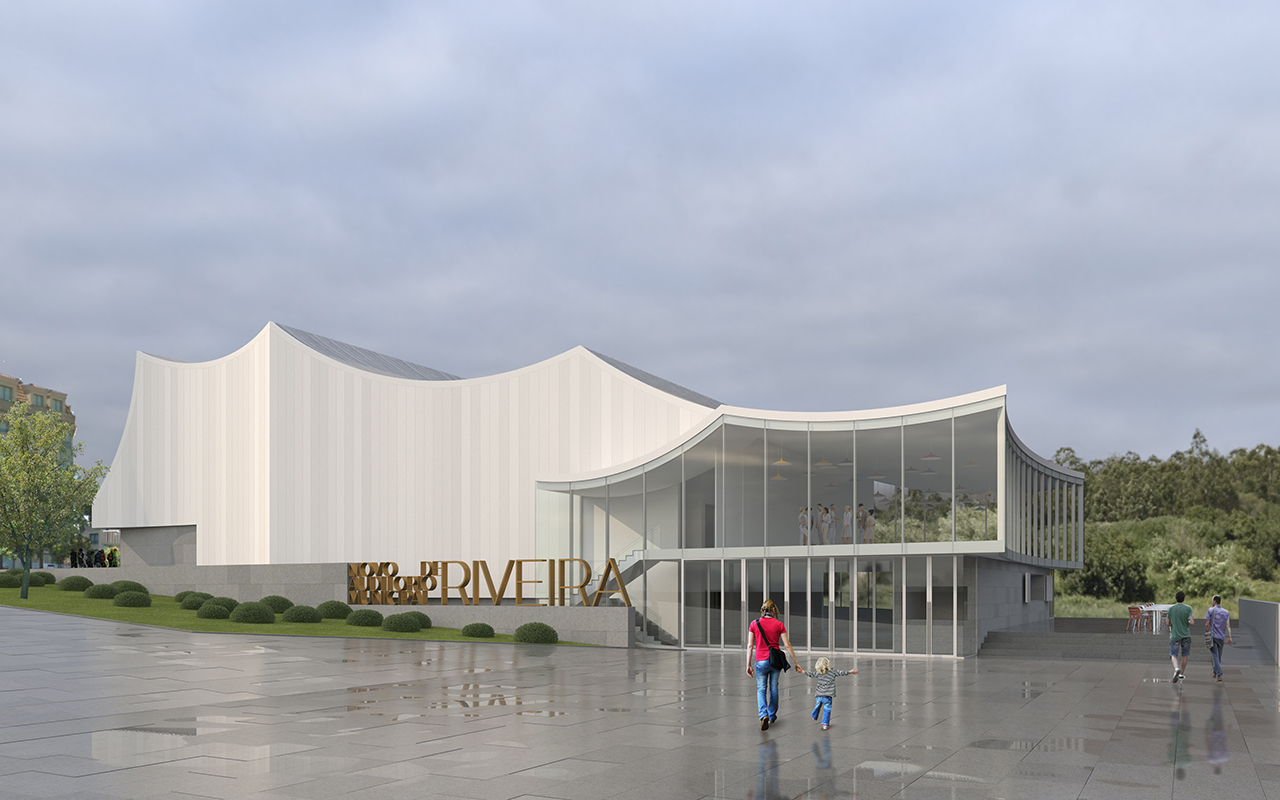 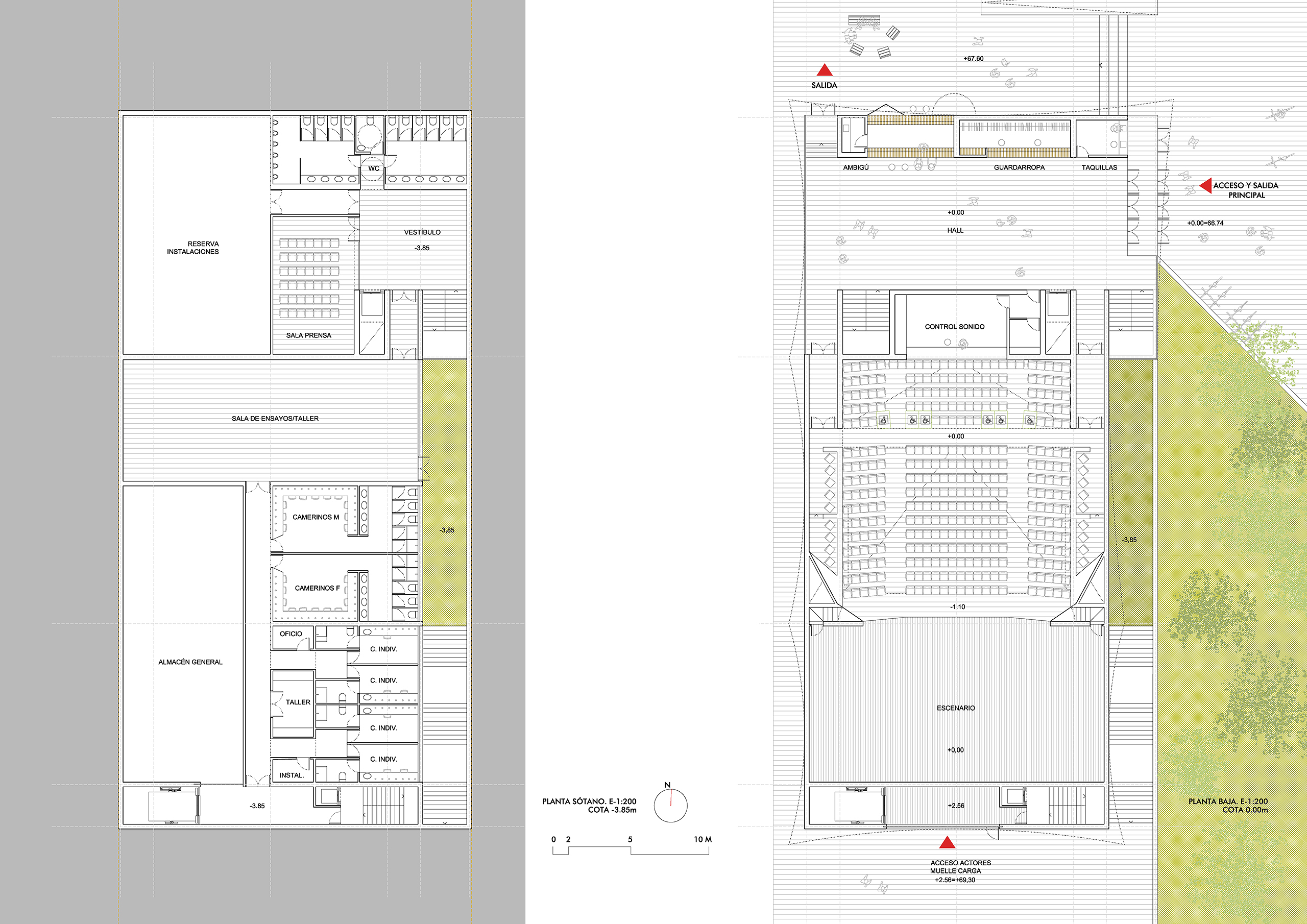 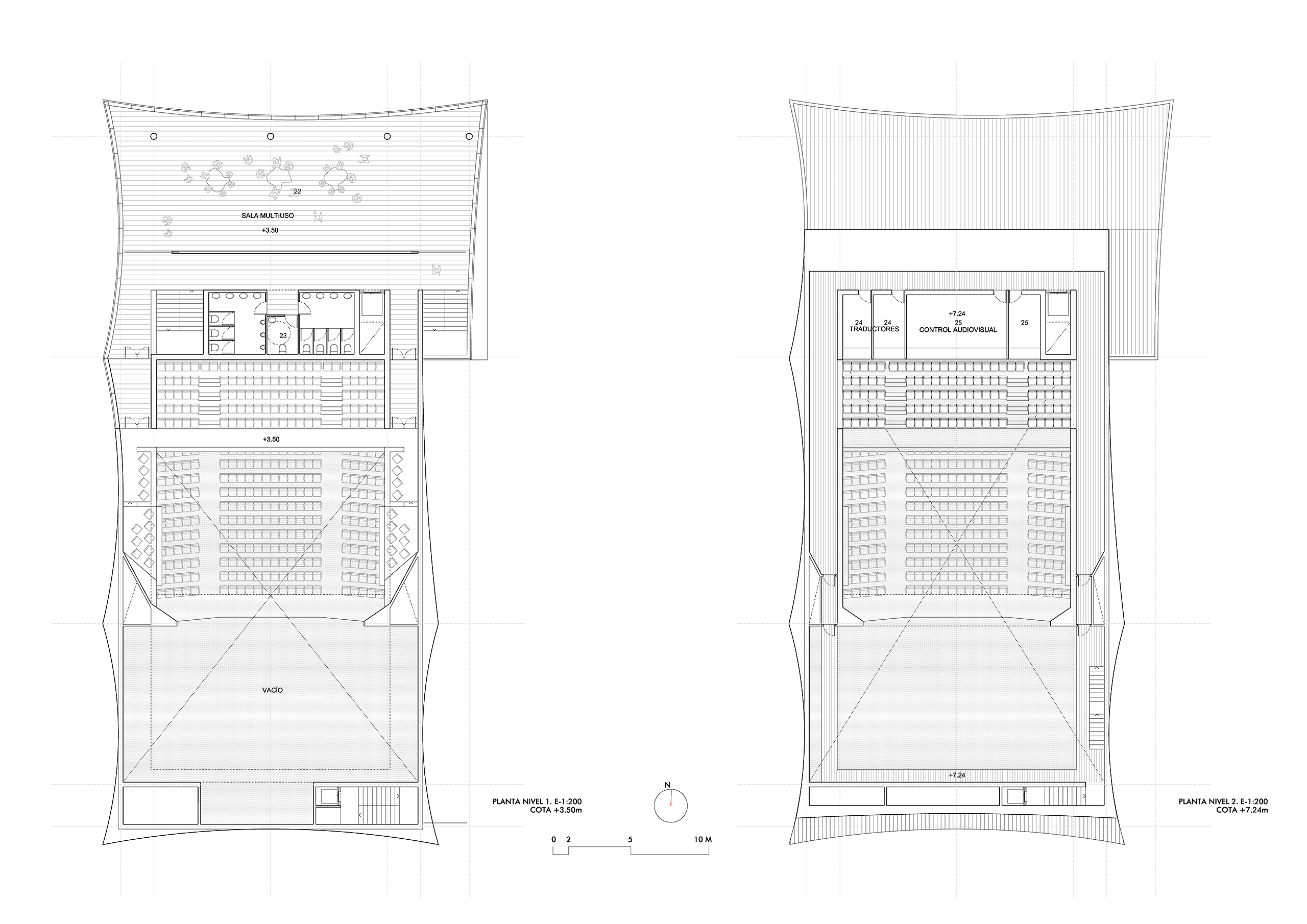 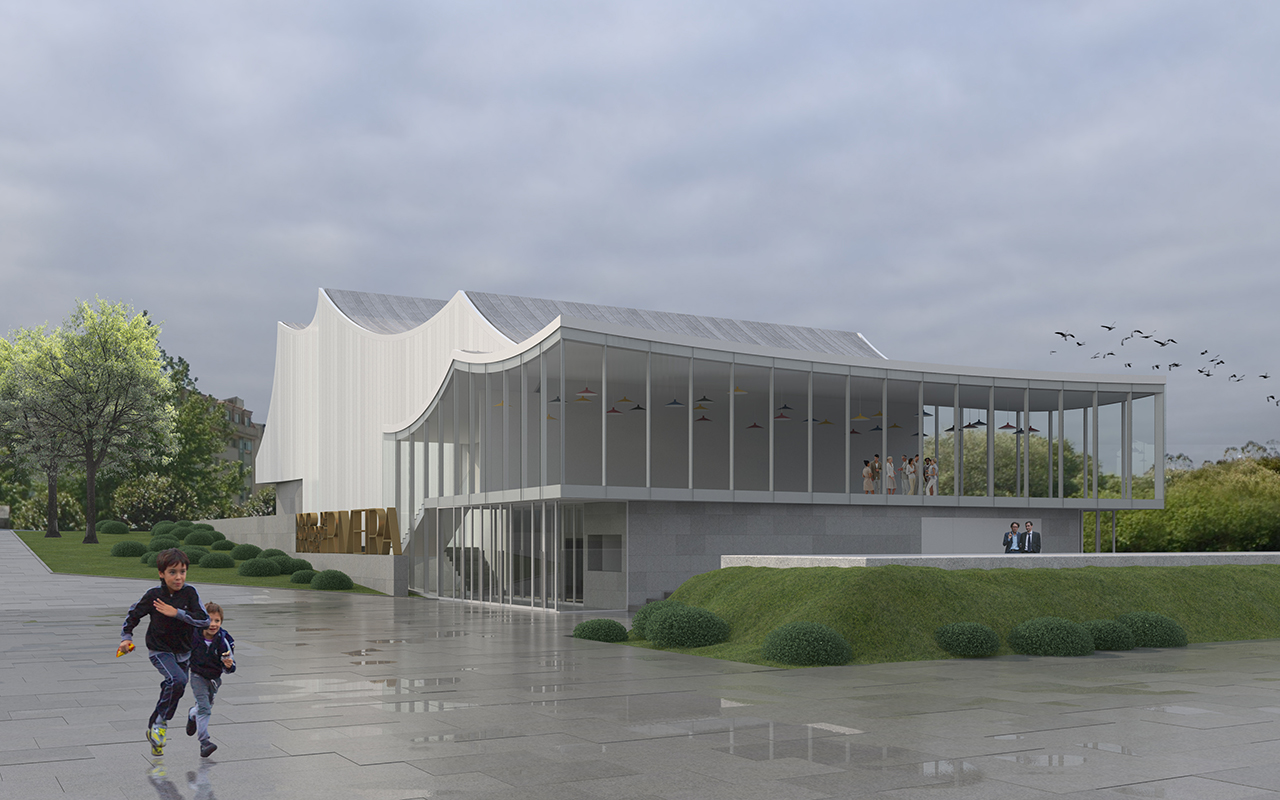 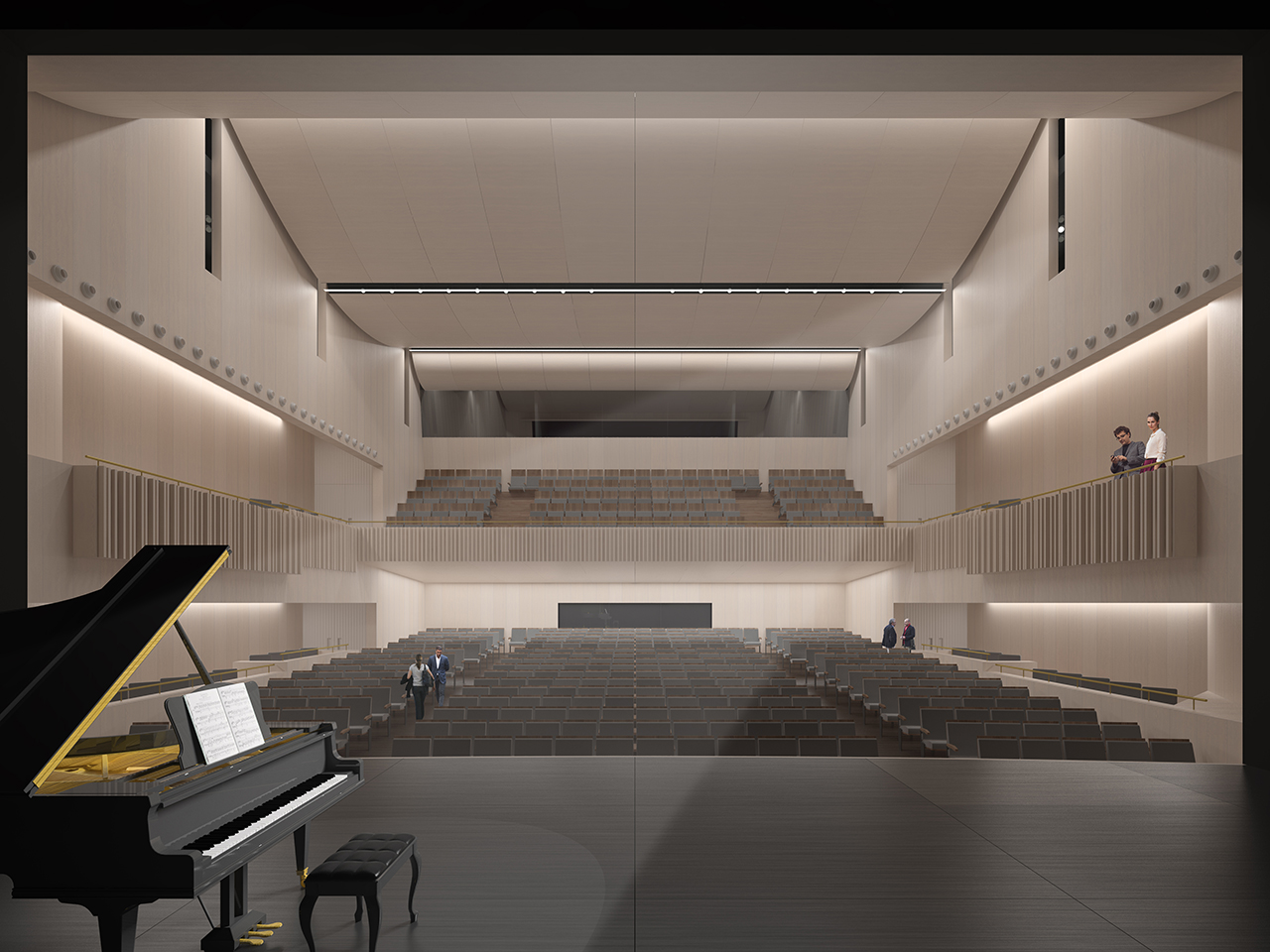 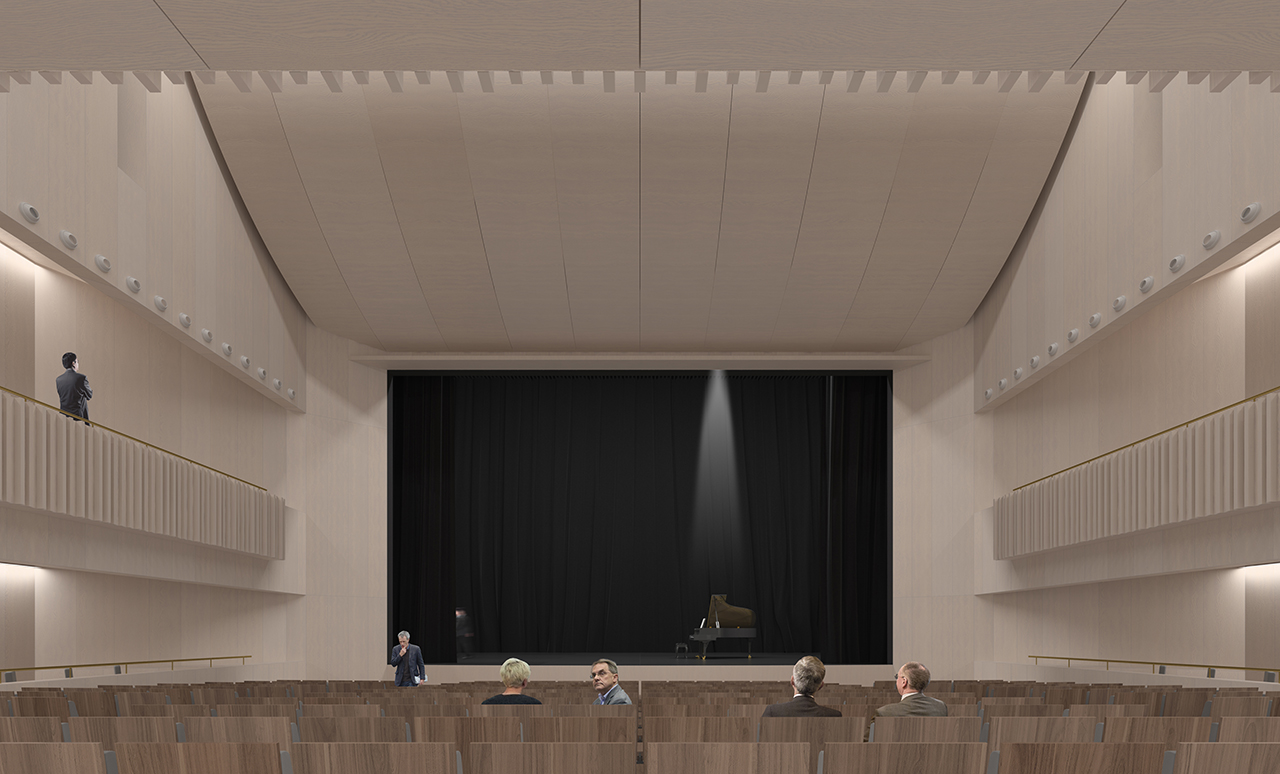 Our proposal for the new Municipal Auditorium of Riveira is born with the ambition of becoming a new cultural and tourist reference in the area. Its volume, inspired by the waves of the Galician coast and the sails of the boat in the city’s emblem, will be cut out in the nearby mountains, emerging on the horizon. We think that this shape, in connection with the history and nature of the city, will be a perfect background for Praza do Centenario, an appropiate transition between the city centre and the outskirts.

Both the building form and its position are marked by the knowledge of the surroundings and the tight urban regulations. The loading and unloading zone, in relation with the stage, is placed over Avenida de la Constitución, at the south limit of the plot. The auditorium is set back from that avenue, leaving enough space for those operations. The public areas of the building (the hall, the ticket office and the cafe) are projected on the north side, close to the heart of Praza do Centenario. The foyer is conceived as an open space, with entries in its three facades. The multipurpose room is placed above, with great views over the urban landscape. The project outlines small actions, to facilitate the integration of the auditorium in the square, such as the extension and improvement of green areas and their relationship with the playgrounds or the layout of sport fields on the other side of Rua Barbanza.

The functional program brings together two different uses (auditorium and multipurpose room), wrapped under a common envelope. But its volume allows a clear reading of the inner organization. The auditorium will have accesses in both levels, the ground floor and the upper one. It will have 510 seats distributed among the stalls, the gallery and the box seats. The objective of the project is to achieve a good performance for all kind of events, from theatrical productions to film screenings, for music and speeches, for shows with a large numbers of people or events where less attendance is expected. The design of the stage and associated areas, with suitable zones for loading/unloading and temporary storage of scenographic supplies, facilitates the schedule of several activities in short periods of time.

Our intention is to provide Riveira with a culture machine, a new attractive and versatile facility that will revitalize and enhance this urban space of great importance for the town.