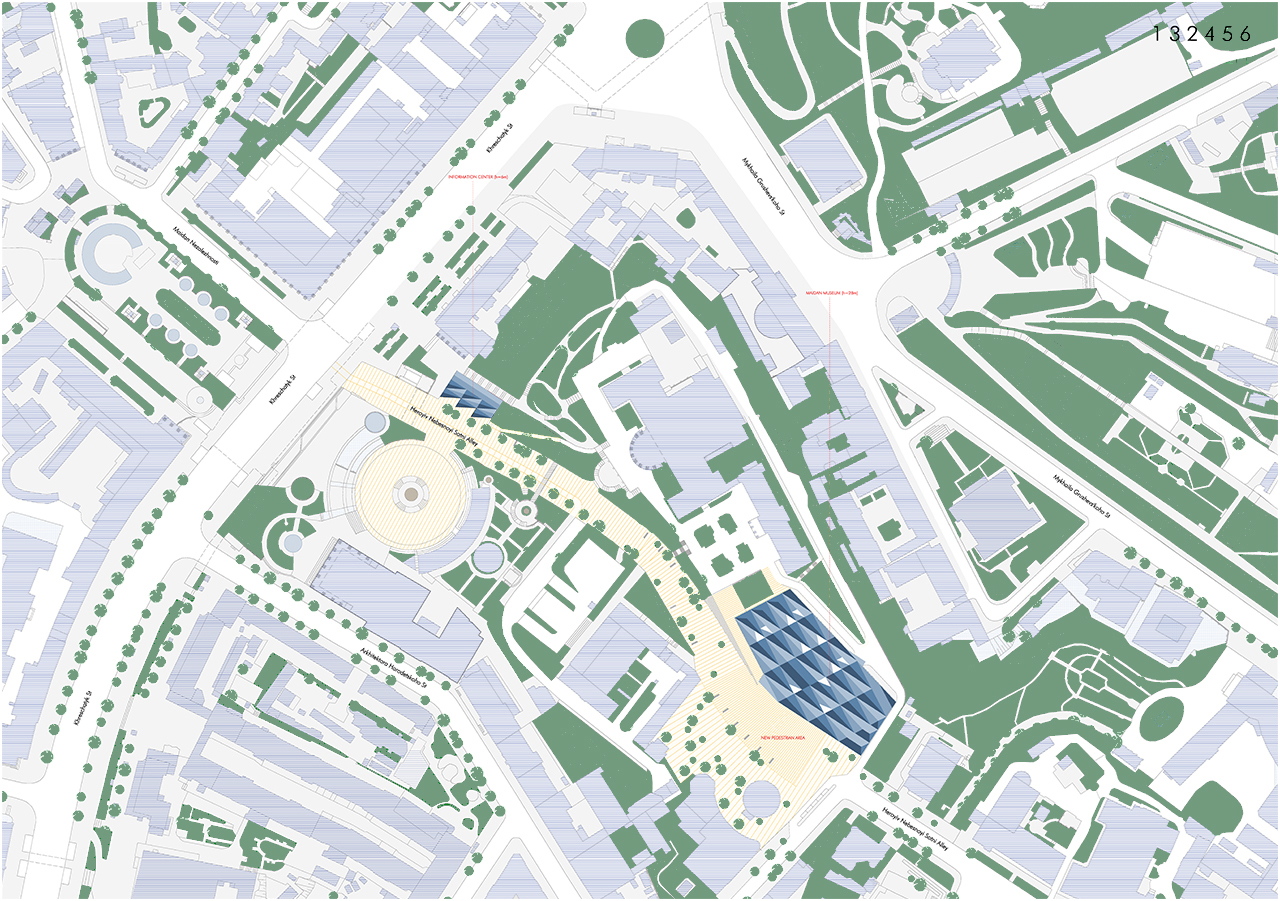 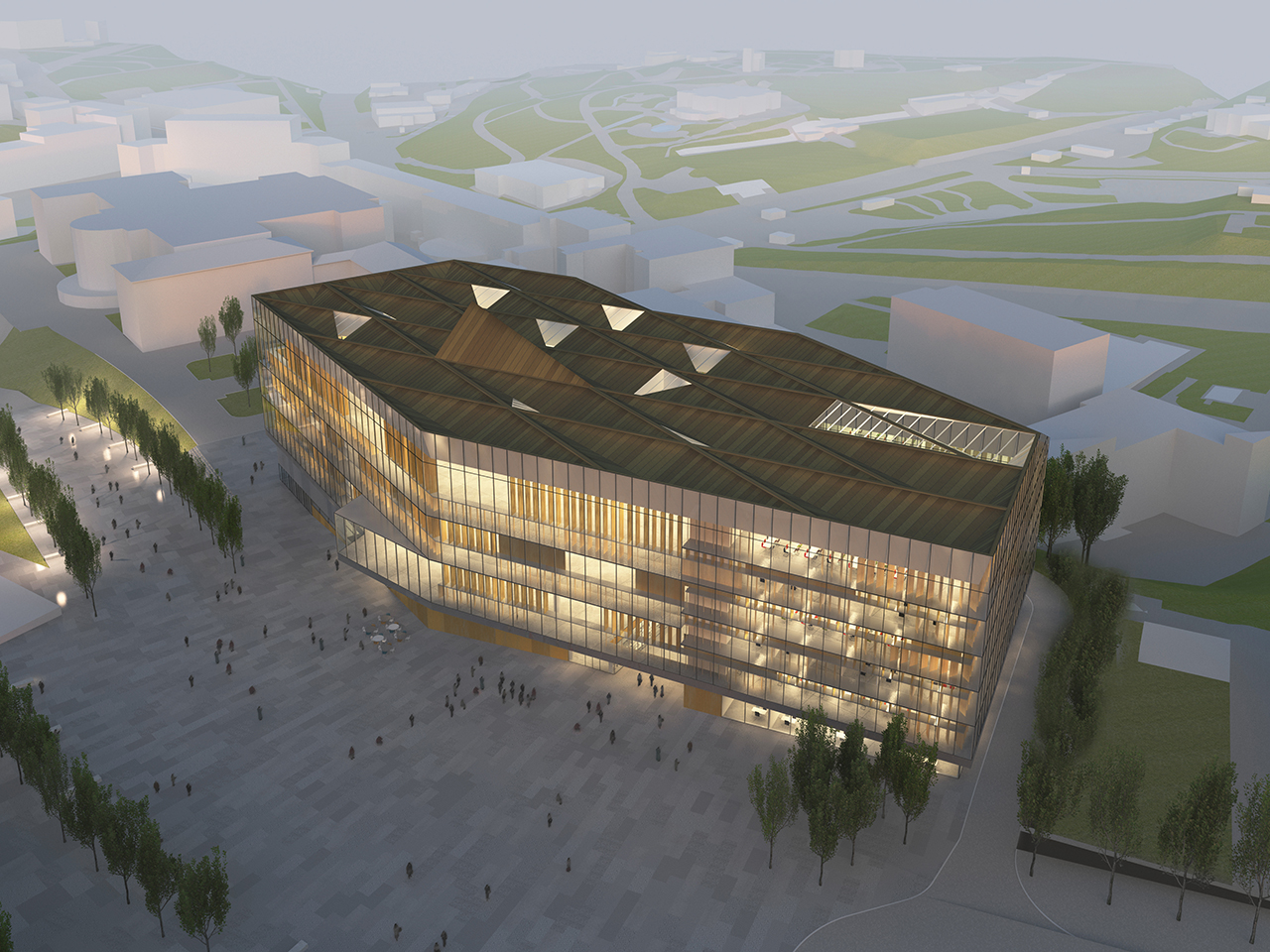 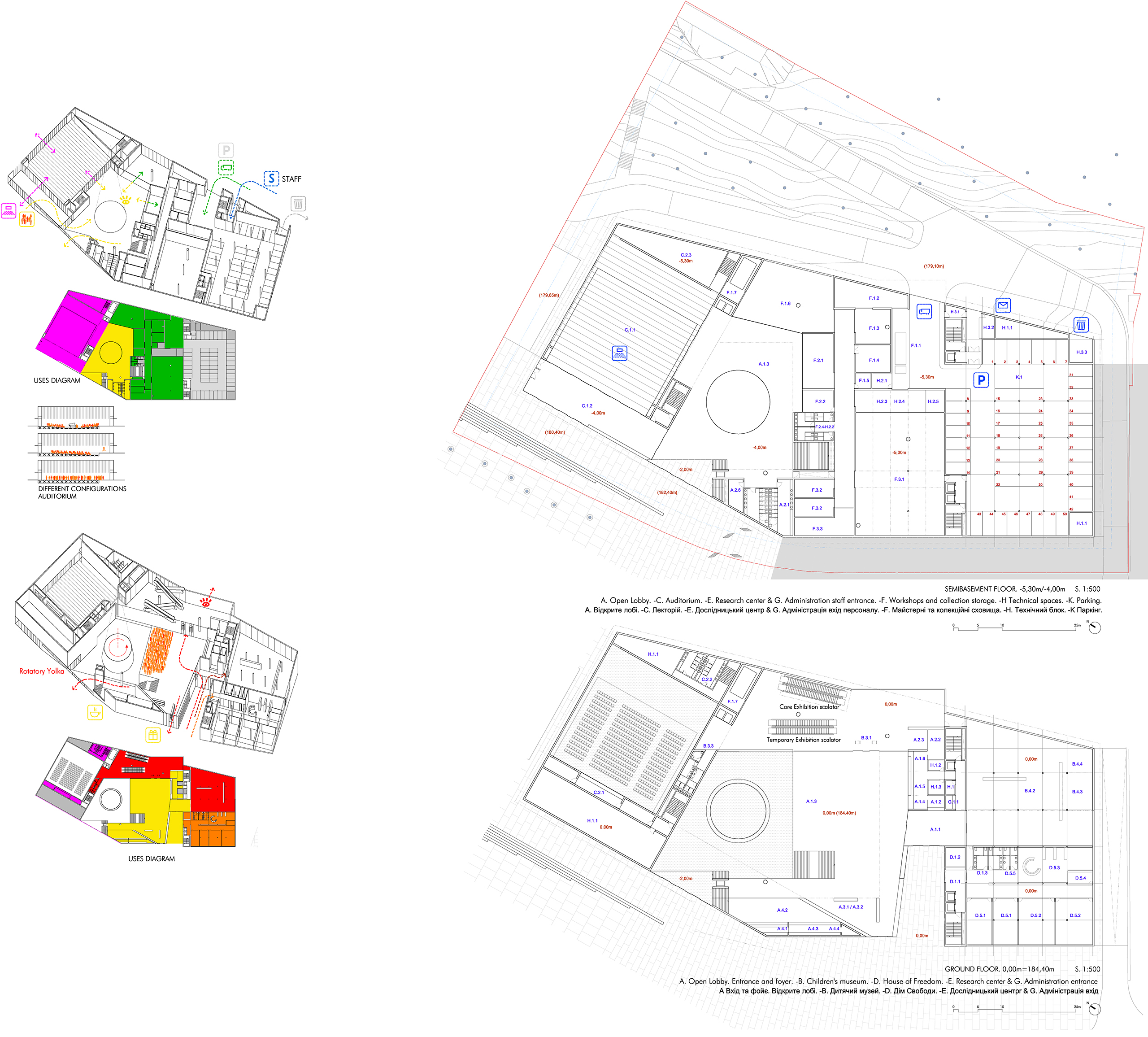 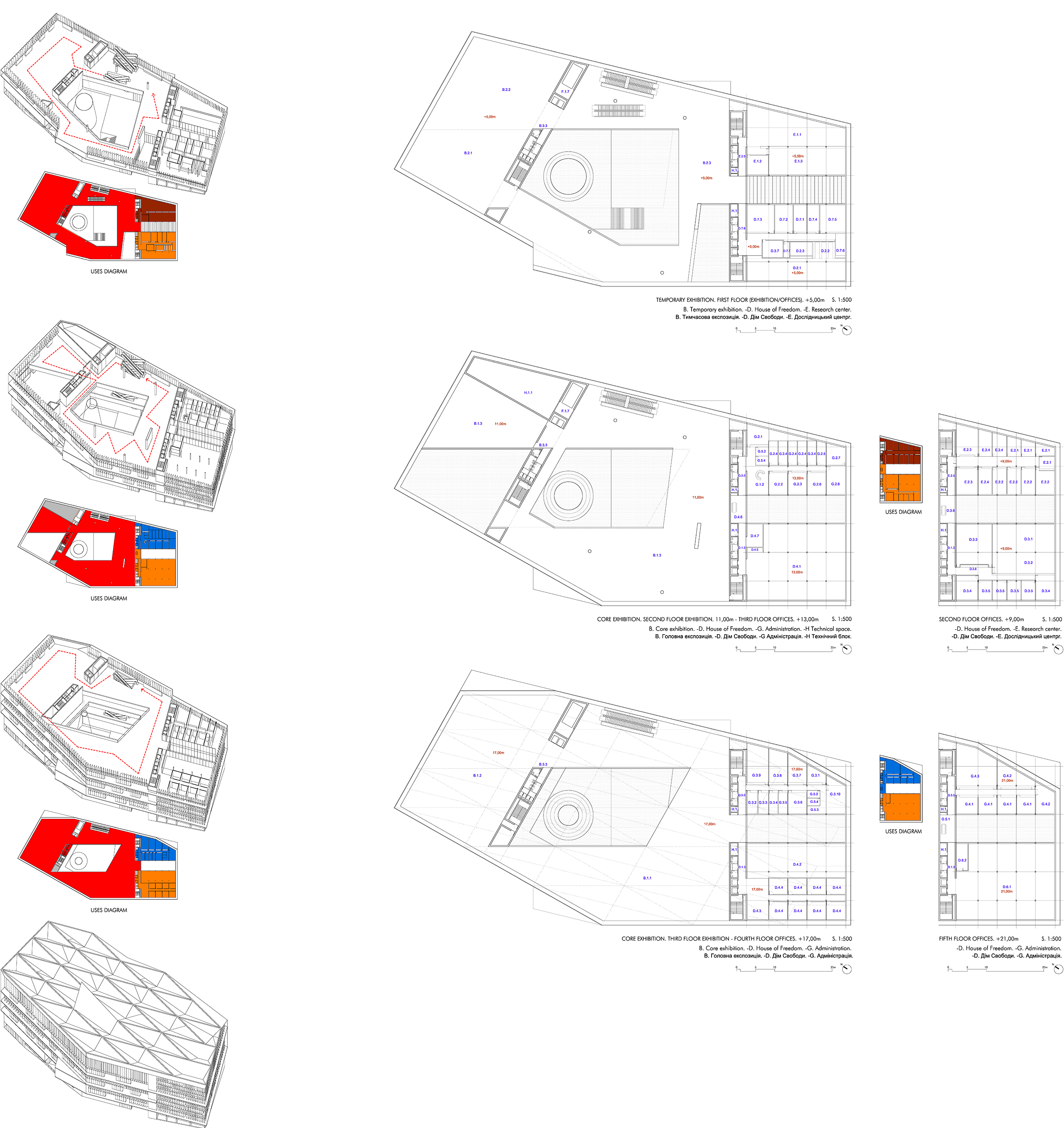 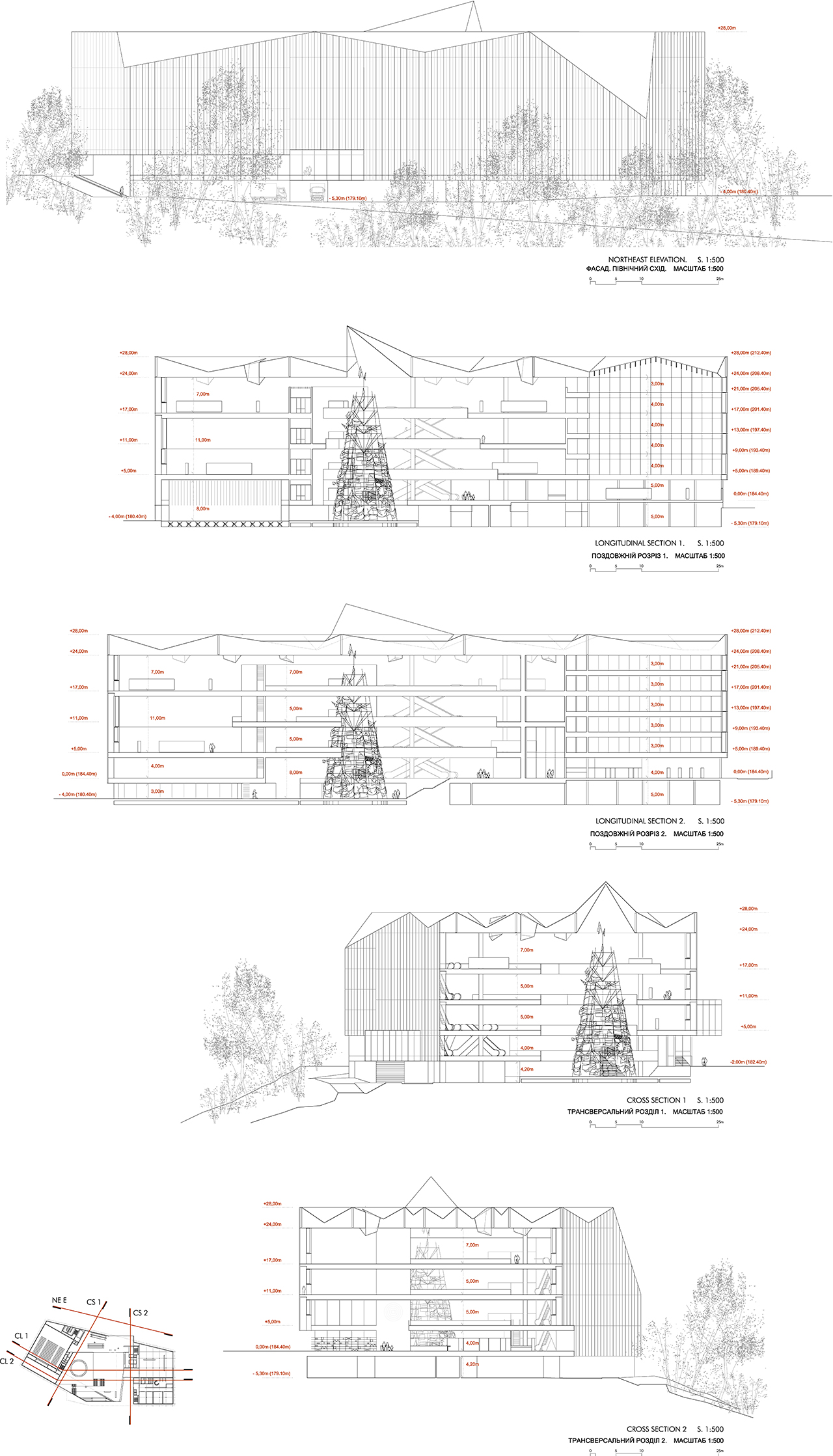 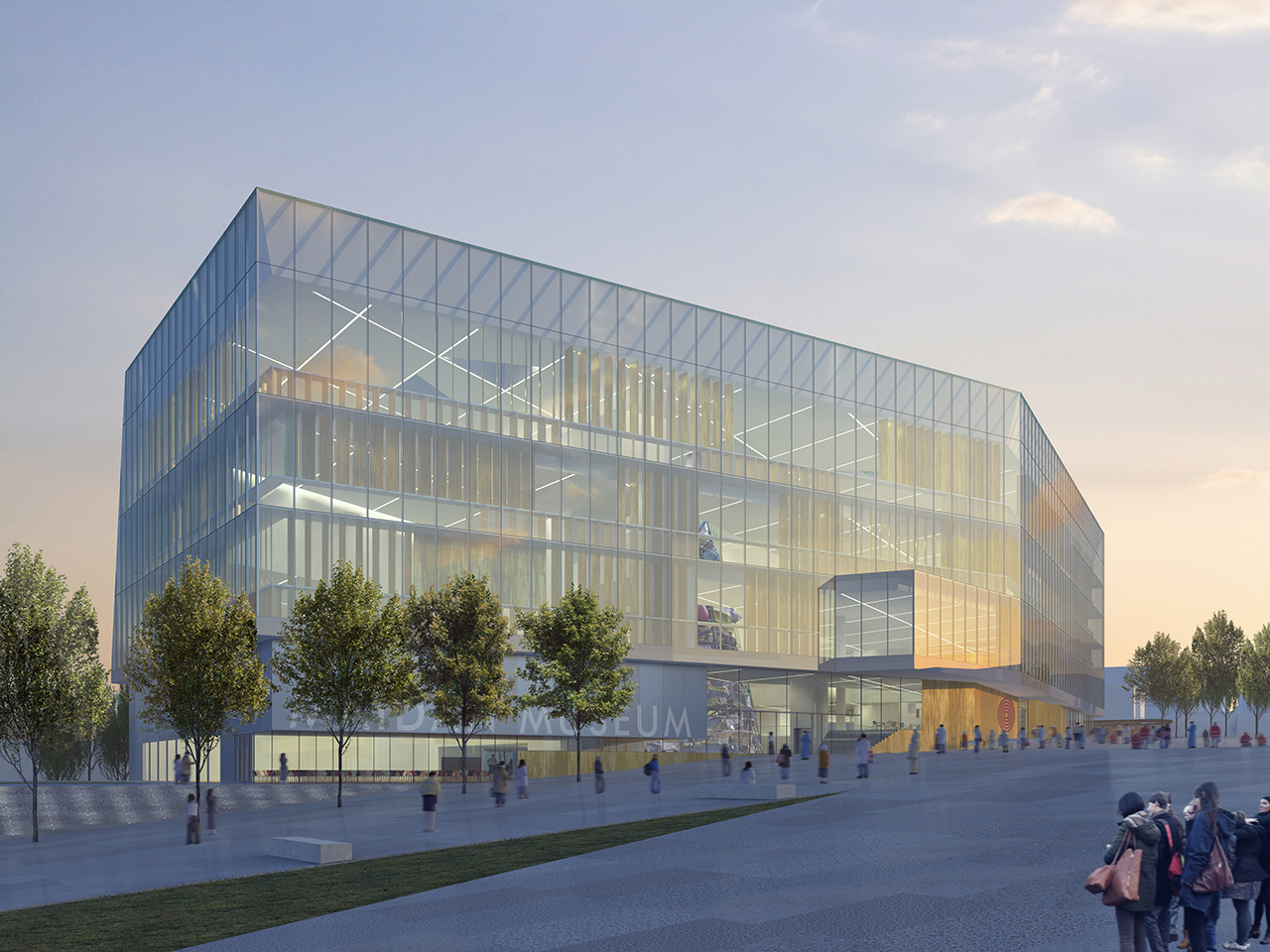 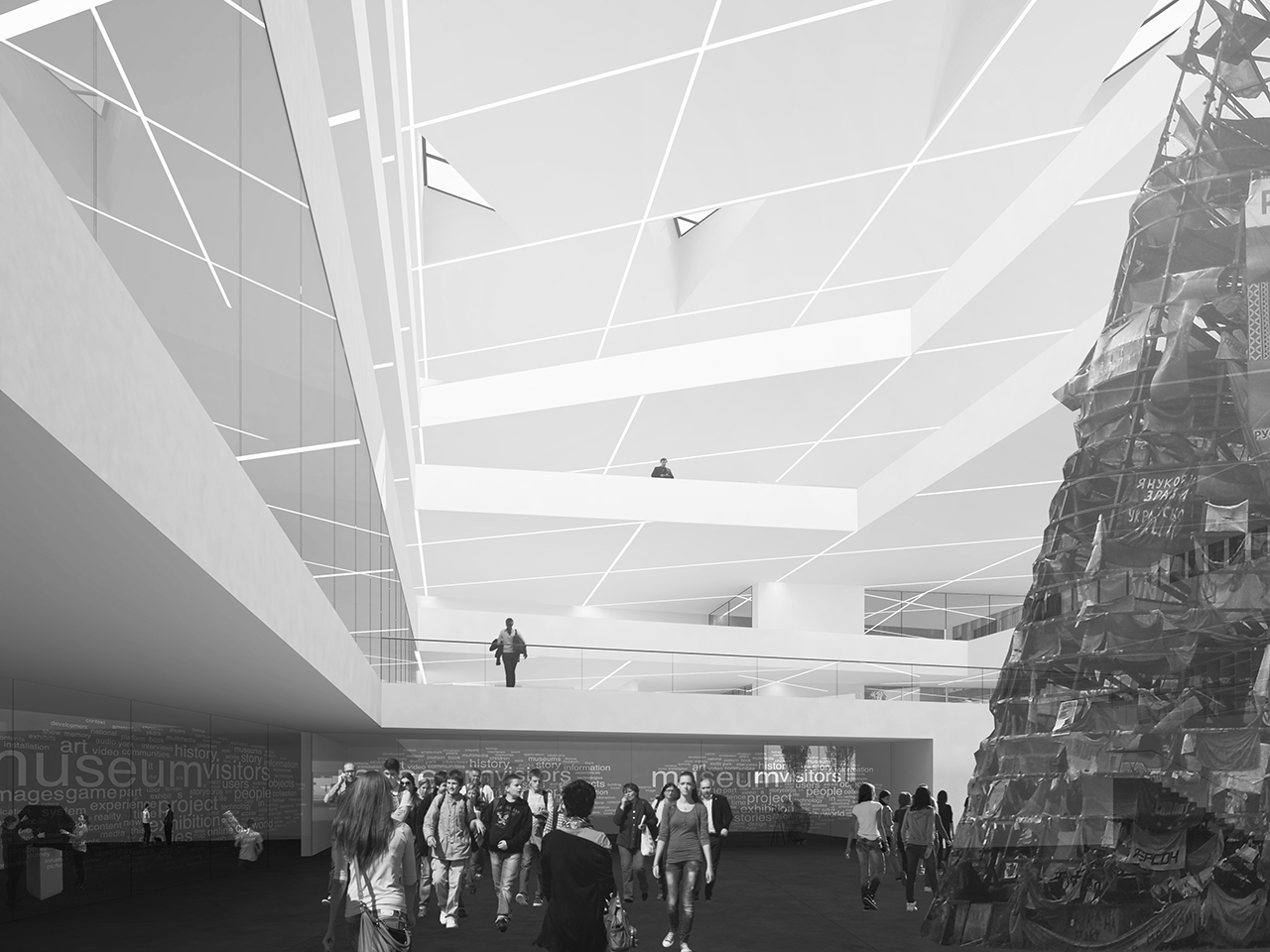 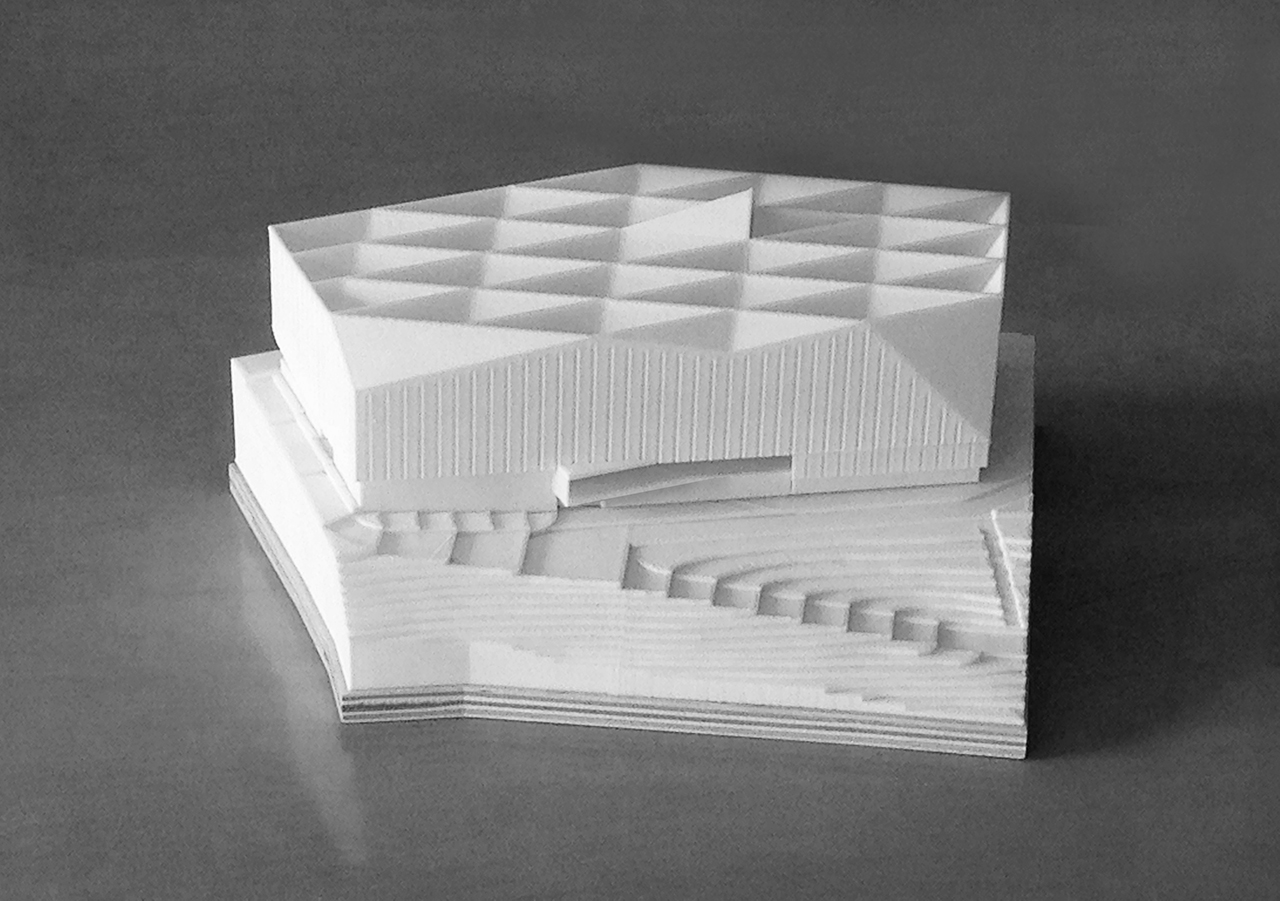 The Ministry of Culture of Ukraine launched an international architectural competition both for the Maidan Memorial and the Maidan Museum in homage to the Heavenly Hundred Heroes, name with which the victims of the Revolution of Dignity or EuroMaidan that took place in the winter of 2013-2014 are known.

The aim of the competition was to create a new cultural pole in a strategic place in the city. In addition to the memorial-museum complex design, with a gross area about 25.000m², the competition brief asked for a proposal of pedestrianization of the Alley of Heavenly Hundred Heroes, from Maidan Nezalezhnosti or Independence Square to the museum site, connecting the different memorial areas along the street. The project focused on the creation of a new public space in a privileged place of great importance in the recent history of Ukraine, a necessary prelude for the integration of the new building in the city.

The situation of the building into the site responds to the idea of generating public space in its immediate environment as well as to topographic conditions and existing urban facilities in the subsoil. In relation to the volume, the museum tries to fit in its surrounding without giving up the iconic character of this kind of projects, integrating in a polyhedron the assorted uses of the Museum and the House of Freedom.

The lobby was arranged in two levels: the first one, on the semi-basement floor, houses the auditorium and the areas for workshops and collection storage; the second and main level of the lobby gave access to the Museum and related areas (coffee shop, museum shop, information counter, ticketing or lockers…) and to the House of Freedom. The House of Freedom was an important part of the complex and would function as a civic-cultural center with areas for training, education, art studios and center for community innovations and initiatives. As asked in the spatial program of the competition, the House of Freedom would have independent access and will operate 24/7. As a singular design condition, the lobby would have to exhibit the Yolka, a 30-ton metal Christmas tree with 35 height meters that became an icon of the Revolution of Dignity during the EuroMaidan happenings.

The exhibition areas were planned in the upper floors and organized around the central void were the Yolka was placed. Those areas were designed as versatile and flexible spaces according to asked heights and light conditions. There would be housed both the core and temporary exhibitions with the aim of being open, innovative and stimulating, being able to offer the best way to experience the Maidan’s spirit.

Finally the complex would have Administration offices for management, divulgation and marketing purposes and a Research Center for the investigation of the Revolution of Dignity and, in general, about anything related to the concept of freedom.