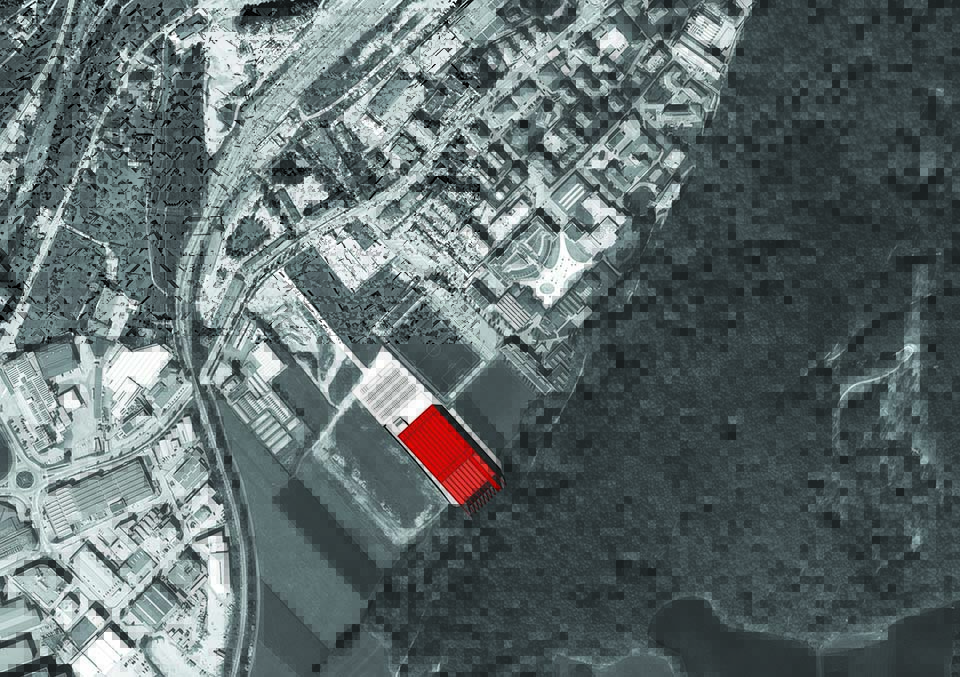 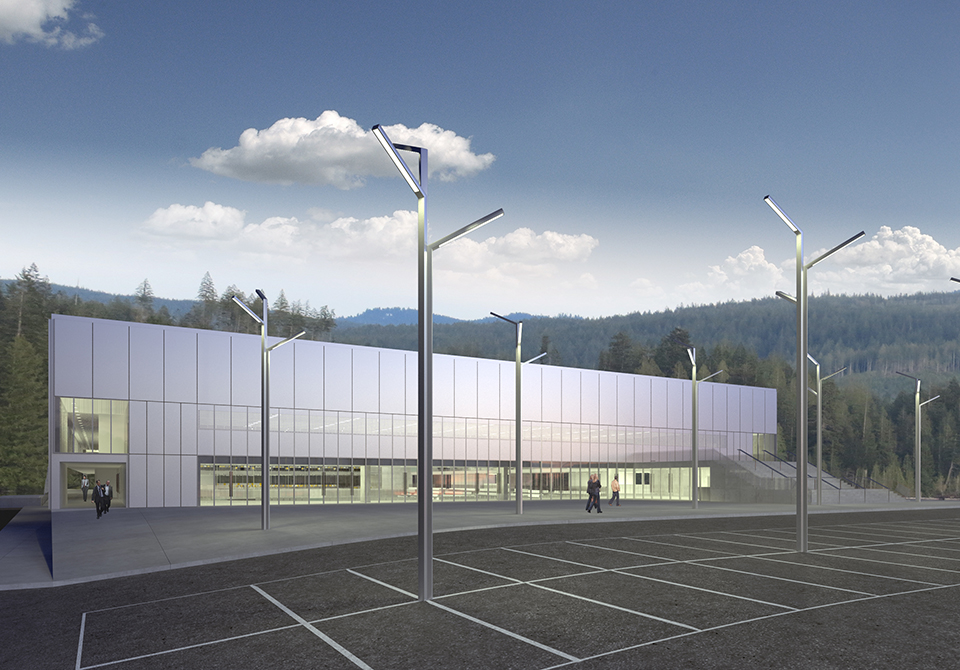 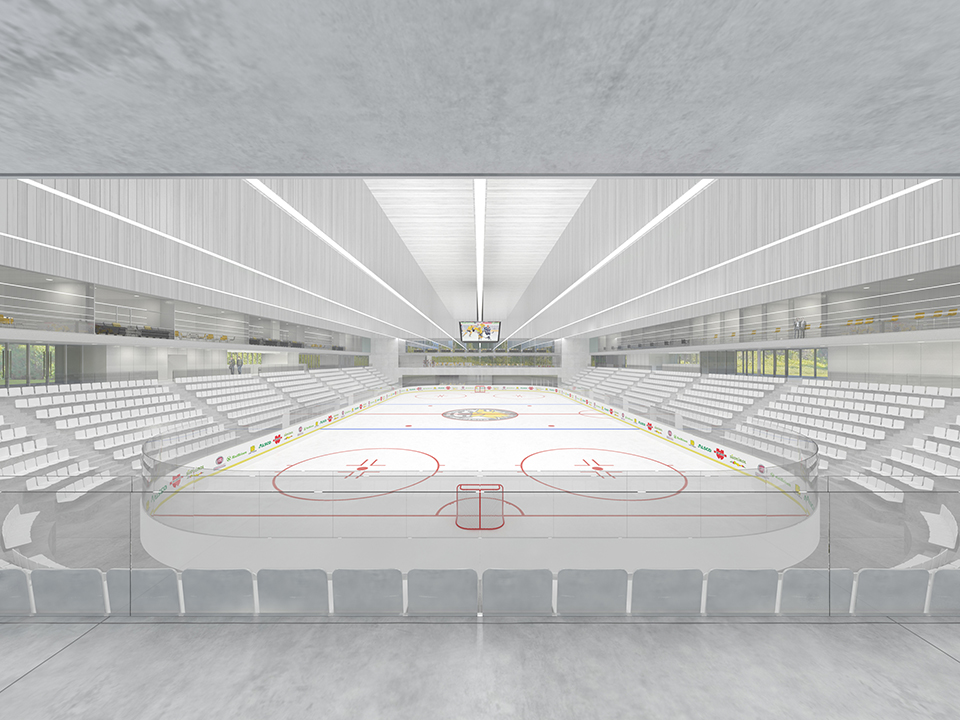 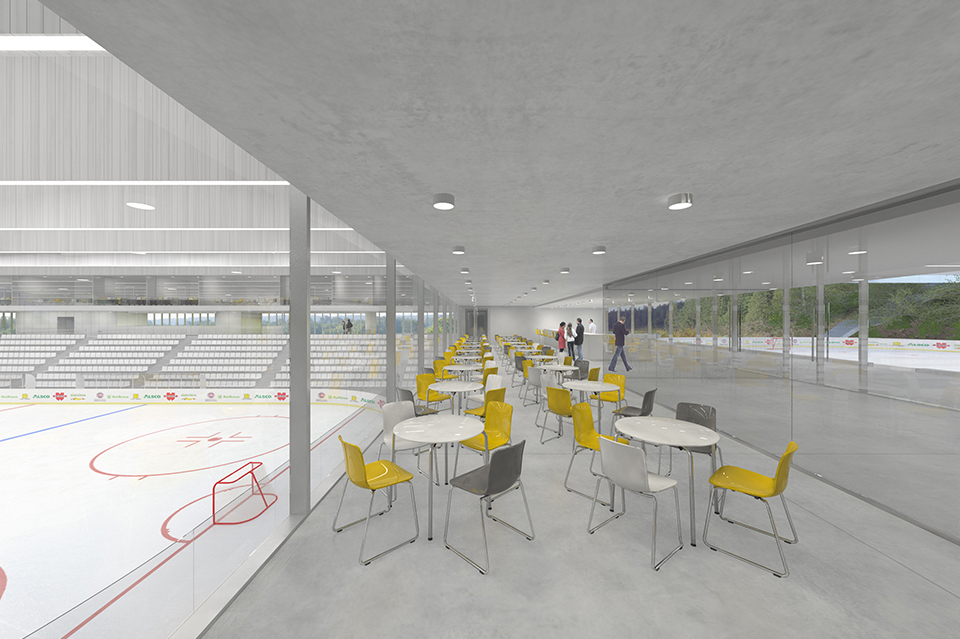 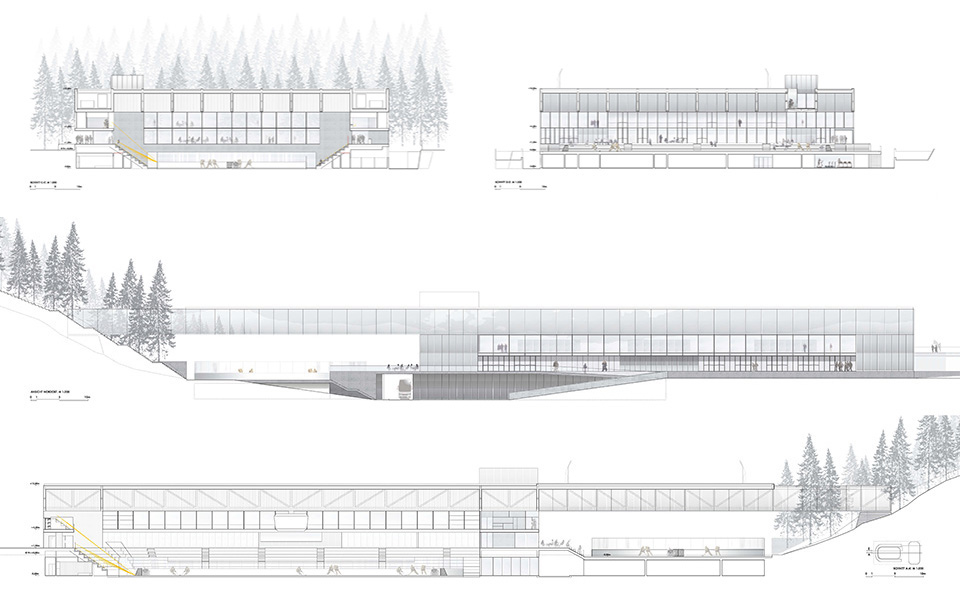 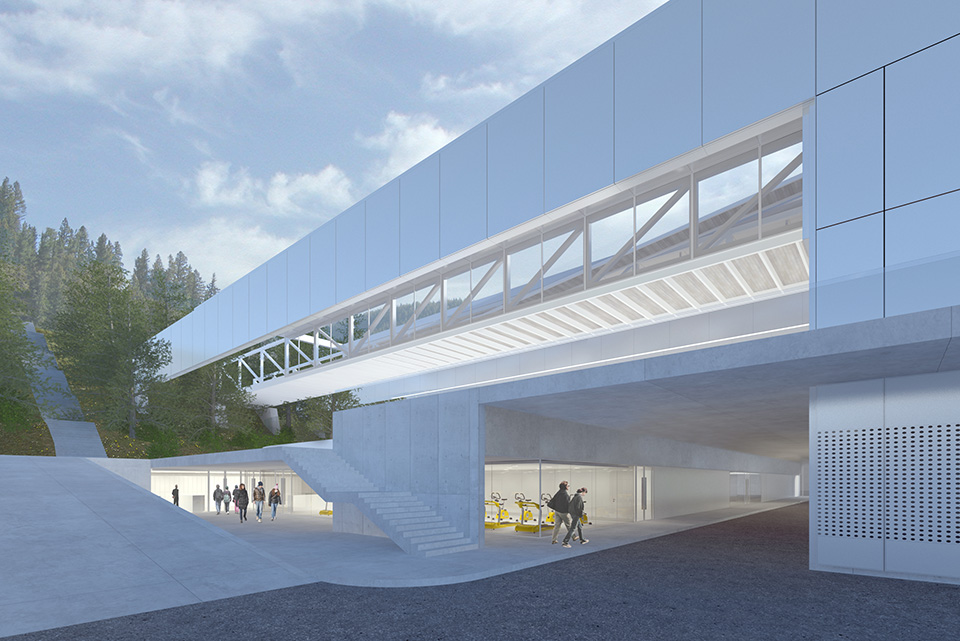 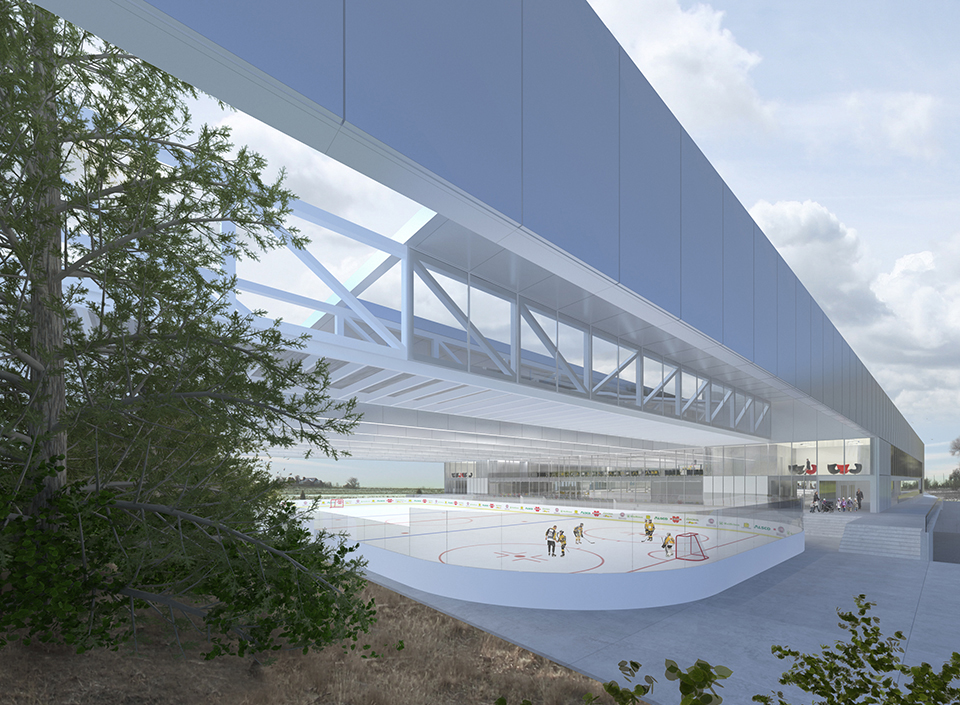 The new Ice Sport Center will be built in an undeveloped plot on the outskirts of Brunico. The site is a plain, bounded on the southeast by a steep, forested hillside and close to other tertiary buildings. Issues such as the existing accesses, urban planning, orientation and the extremely longitudinal shape of the plot have largely conditioned the arrangement of the project. The usual arrival of users and fans, as well as the access for vehicles, occurs from northwest so the main parking area is on that side. The access with vehicles to the center of the plot is restricted to referees and buses of teams or schools.
The main rink is centered on the plot, close to both the arrival of public and the parking lot, while the outer rink is placed in the southeast side, in relation with the forest. The structural layout is due to the dimensions and proportions of the site and the will of make a unitary project and not a mere addition of elements. The big beams go over both rinks and end in the forest, resting on the slope, between trees.
The building is organized on three levels. The semi-basement houses the complex program of changing rooms, gyms, warehouses and facilities, as well as the main rink. The accesses for professional players, youth and referees is produced from a covered street. During the week, school buses stop on this street too, and child can access to their changing rooms or the skate rental room, placed under the outer rink. A pair of ramps allow the arrival of cars and buses to the covered street and another one is used by the ice resurfacer to reach the outer rink.
The main level, directly connected to the parking lot, receives fans and guides them down to their seats. The open distribution makes easier the orientation inside the building. The public will find the stands depressed from this level, as well as shopping, snack stalls or the toilets. The restaurant, as is required, is located between the two rinks and can operate independently of sports activities. A covered porche on the north side leads people to the outer rink. The glass walls of the restaurant allow the visual connection between both rinks.
Visitor fans can access through a stairway and reach their seats, placed on the upper level. Four circulation cores reach to this level and provide independent access to the press and tv area, vip lounges and boxes, management offices, a multi-purpose room and a lounge room for local fans.
This work is published at divisare.com
>>En español
>>PDF