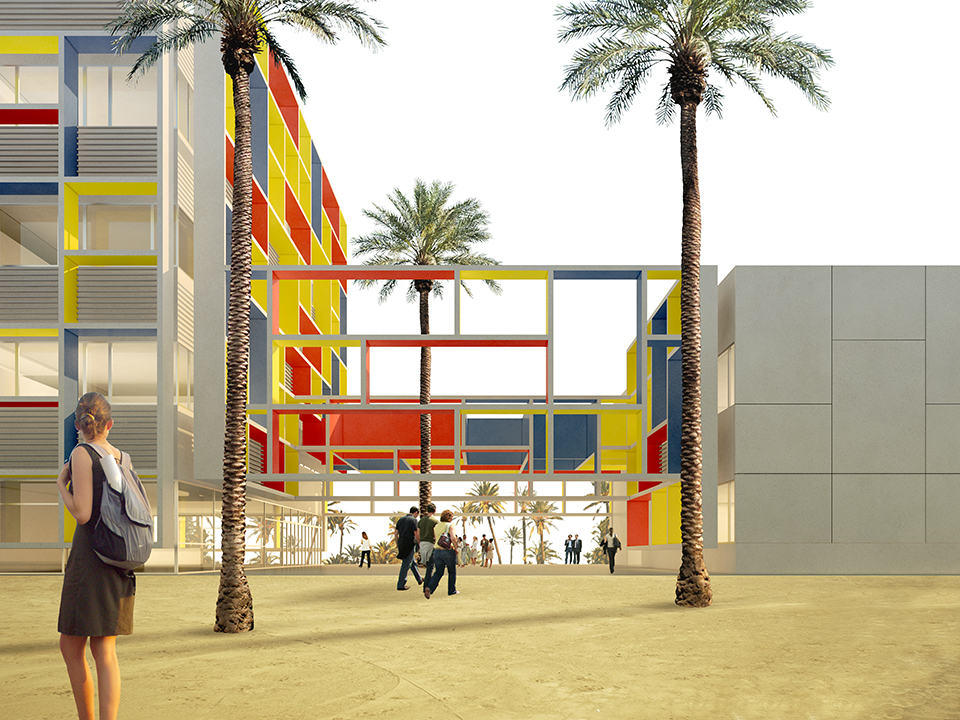 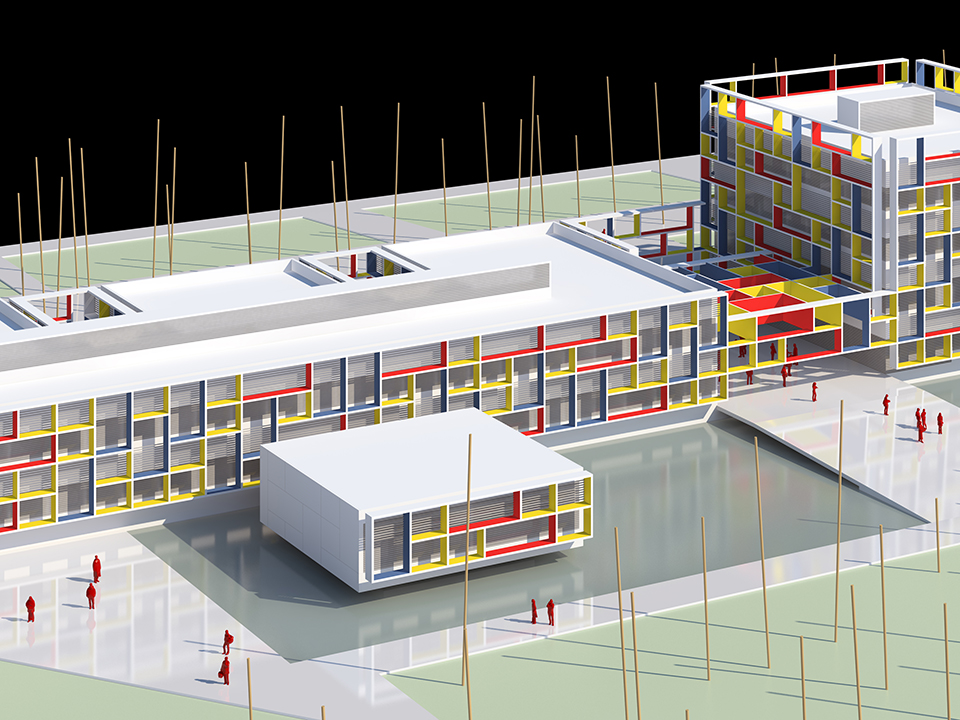 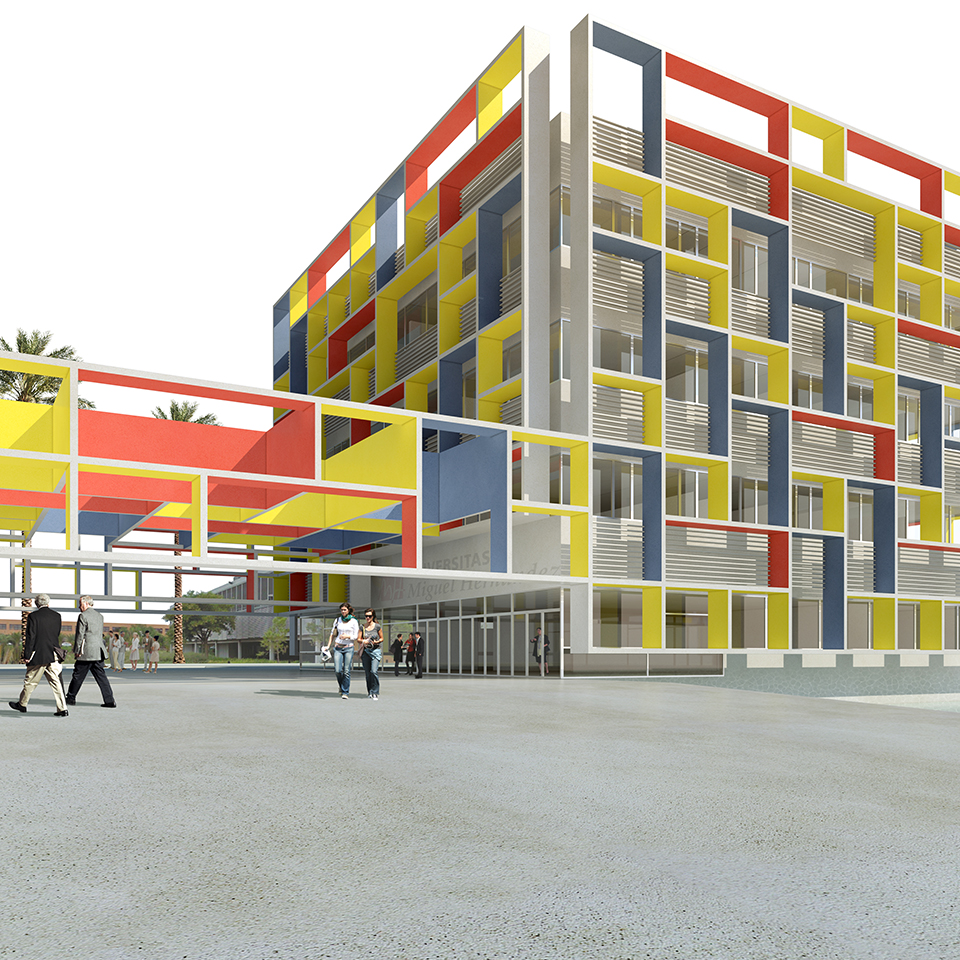 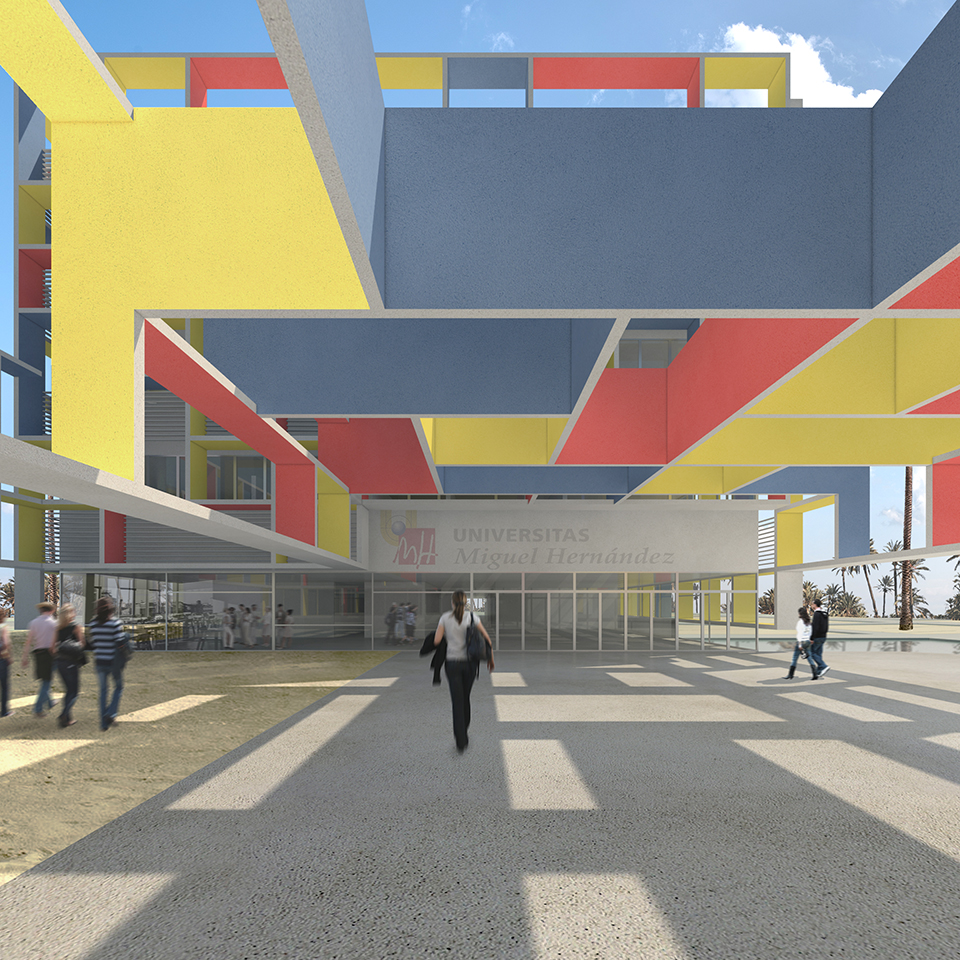 This new building for Miguel Hernández University will house two functional areas, on the one hand, the Department of Economic and Financial Studies and, on the other hand, the Departments of Systems Engineering and Automation, Mechanical Engineering and Energy and Communications Engineering. It will be built in a long strip of terrain formed by two “subzones” defined by the campus development plan, each one with its own urban conditions.
In spite of the functional division and the construction in two different subzones, bidders were requested to provide a unitary and representative image for the building, with a common access and a flexible internal organization that would allow future growth without disturbing the academic activity.
Our proposal is compound by a horizontal volume presided by a cubic one that will give the complex the appropriate scale according its representativity inside the campus. The horizontal piece acts as a podium and will allow, thanks to the insertion of gardened patios, the development of classrooms, laboratories and offices of Engineering Departments. For its part, the cube will contain the Department of Economic and Financial Studies. The common lobby is placed over the virtual line that separates both “subzones”. It is a transition space between outside and inside as well as a meeting place for the community. This lobby, controlled by the caretaker’s office, is in direct relation with common services and connects with the corridors that internally organize both departamental areas.
The facade is designed as a system of galleries and sunshade elements, giving the desired unitary image to the building and resolving the layout and maintenance of facilities, increasing versatility and flexibility of its inner spaces.
>>En español